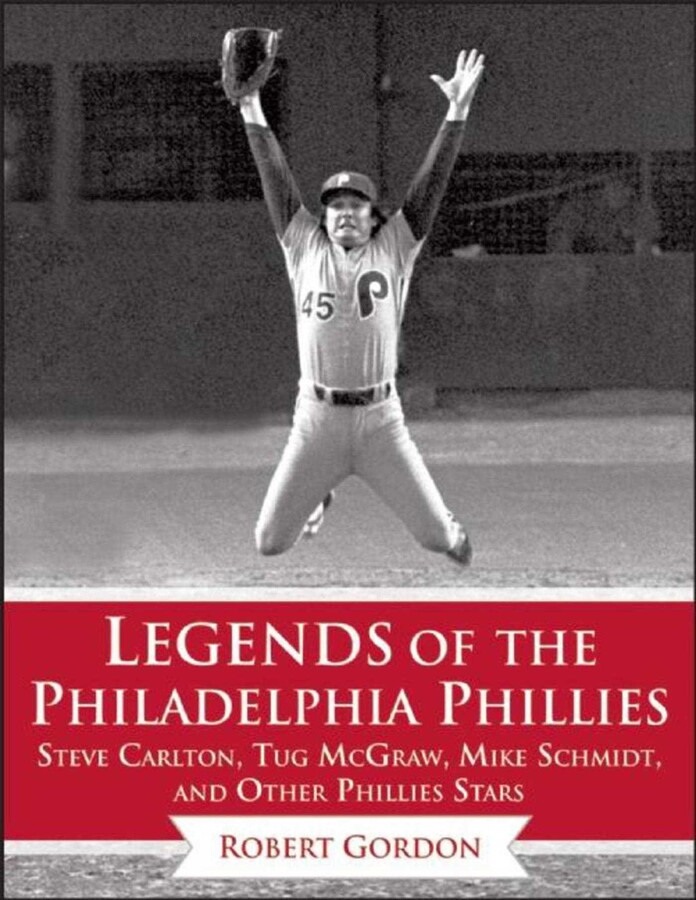 Part of Legends of the Team
By Bob Gordon
Published by Sports Publishing
Distributed by Simon & Schuster
LIST PRICE $24.99
PRICE MAY VARY BY RETAILER

The newly reissued Legends of the Philadelphia Phillies, originally published in 2005, takes an in-depth look at the legends that have shaped the Phillies’ identity over the last seventy years. Each chapter profiles a different beloved Phillies personality that colored the latter half of the twentieth century. Most were cheered; some were booed. Philadelphia is a city that loves you back, just sometimes in strange ways.

With quotes and interviews from former and current Phils, Legends of the Philadelphia Phillies profiles Mitch Williams, Darren Daulton, Dave Hollins, Jim Eisenreich, Pete Incaviglia, and Milt Thompson from 1993’s Beards, Bellies, and Biceps” National League championship team, as well as Mike Schmidt, Steve Carlton, and Tug McGraw from the 1980 World Series championship team. Author Robert Gordon also includes their notable predecessors, from Hall of Famers Robin Roberts and Richie Ashburn to former All-Stars like Johnny Callison and Del Ennis. No Phillies book would be complete without the off-the-field names who have defined the Phillies, such as team president Bill Giles, announcer Harry Kalas, and Dave Raymond, the original Phillie Phanatic. Each of these legends played a unique role in shaping one of sports’ greatest franchises, and Legends of the Philadelphia Phillies brings them to life once again.

Bob Gordon has written for major publications in the United States and England. His previous works include books about beloved, overachieving Philadelphia teams like the 1960 Eagles, the 1993 Phillies, and the 1985 Villanova Wildcats. He is also a professional engineer with a successful consulting business, respected travel and restaurant writer, humor columnist, French tutor, and guitar teacher/performer.

Part of Legends of the Team
By Bob Gordon
Published by Sports Publishing
Distributed by Simon & Schuster
LIST PRICE $24.99
PRICE MAY VARY BY RETAILER

More books in this series: Legends of the Team