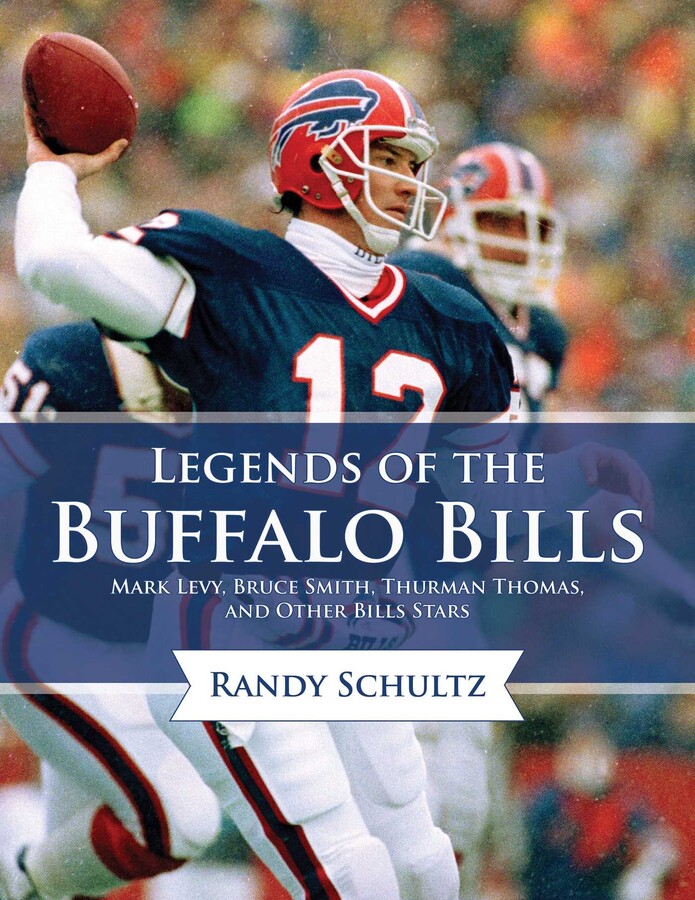 Legends of the Buffalo Bills

Legends of the Buffalo Bills, first published in 2003, is not only a story about a National Football League team. It is also the story of the city it occupies and its fans. Original members of The Foolish Club,” a group of owners who bought into the idea of forming the American Football League to go up against the mighty NFL in 1960, the Bills have had their fair share of losing seasons, but they’ve also been winners. During the team’s ten years in the now defunct AFL, Buffalo captured three Eastern Division titles, along with two AFL championships. Meanwhile the team strung together an unprecedented four straight Super Bowl appearances from 199093.
There have been many memorable moments and characters along the way as well who are documented in this book. Legendary running back Cookie Gilchrist and quarterback Jack Kemp led the Bills to their first glory years, including back-to-back AFL titles in 1964-65. And who could forget O.J. Simpson, who set a new individual rushing title with 2,003 yards in 1973? Or the Bills’ victory over the Dolphins on September 7, 1980 that ended the team’s twenty-game losing streak to Miami?

Legends of the Buffalo Bills