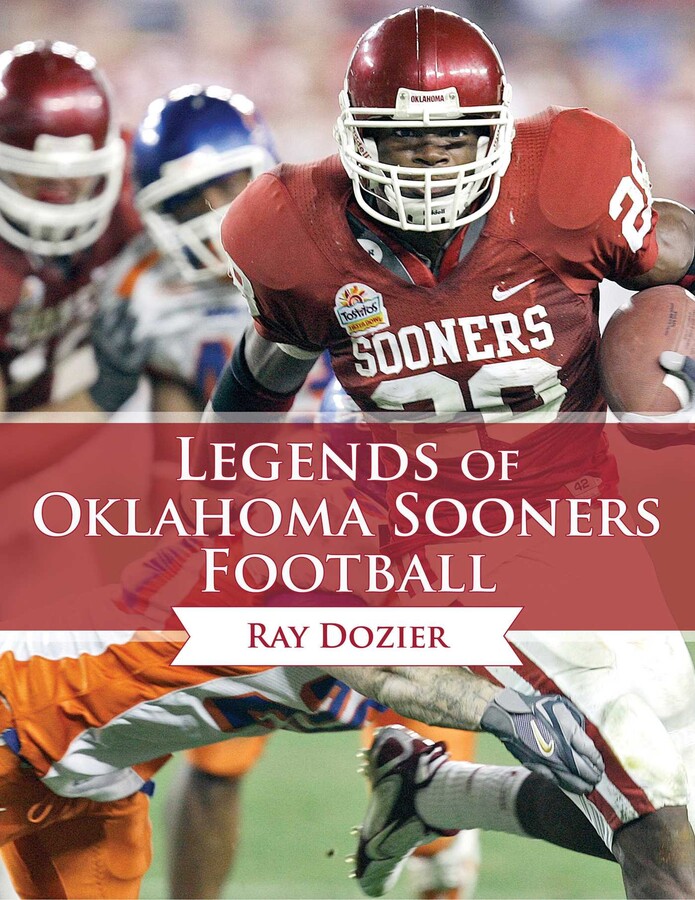 Many of those legends played before the dawn of the television era, but standouts such as Forest Spot”Geyer, Tommy McDonald, Prentice Gautt (the first black football player at the University of Oklahoma), Clendon Thomas, and Bob Kalsu remain alive and well in the hearts and minds of loyal Sooner fans. The legends of Sooner stars such as Steve Owens, Joe Washington, Jack Mildren, the Selmon brothers, Billy Sims, Greg Pruitt, Tony Casillas, Brian Bosworth, Adrian Peterson, and Sam Bradford continue to grow with time. Coaching legends include Bennie Owen, Bud Wilkinson, Barry Switzer, and the all-time leader in wins, Bob Stoops.

Legends of Oklahoma Sooners Football chronicles the players, coaches, rivalries, and events that transformed a club team that played its first games on a dusty territorial prairie into a national powerhouse.

A must for fans of this franchise. All the great ones are here like Bud Wilkinson, Barry Switzer, the Selmon Brothers and more.”
--Behind the Bombers

A must for fans of this franchise. All the great ones are here like Bud Wilkinson, Barry Switzer, the Selmon Brothers and more.”
--Behind the Bombers