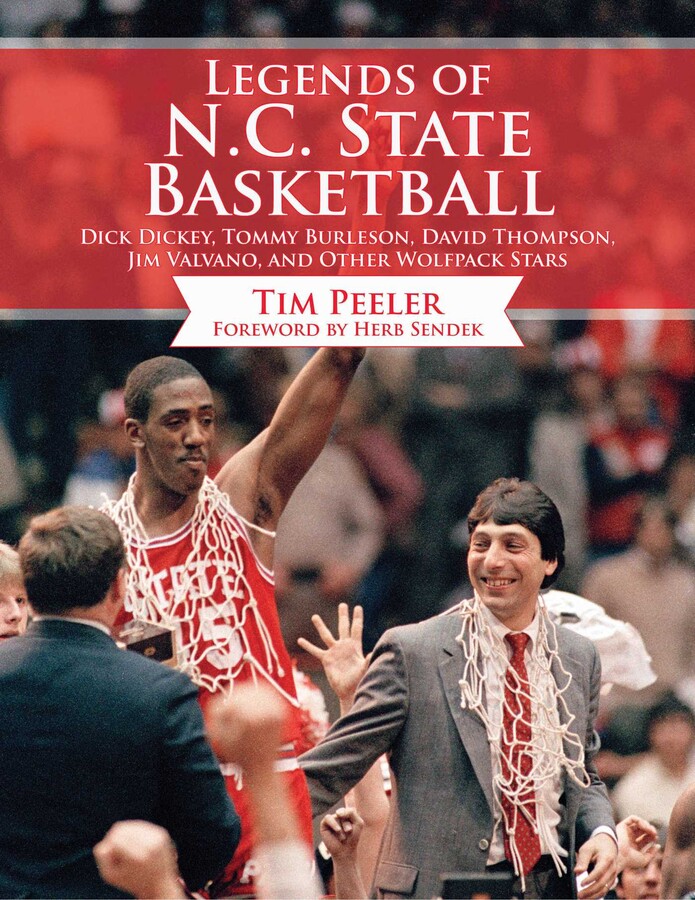 The fever that is college basketball on Tobacco Road started from a small outbreak in Raleigh, North Carolina, when Indiana basketball legend Everett Case became the coach at N.C. State University. He restarted the dormant construction of Reynolds Coliseum, and for fifty years, it was one of the most important basketball arenas in the country.

Through the years, the Wolfpack has won two NCAA championships and ten Atlantic Coast Conference championships while giving the sport of college basketball some of its brightest color, from the plaid jackets worn by Norm Sloan to the unbelievable athletic ability of David Thompson to the mouth of Jim Valvano, who spewed one-liners at the speed of hummingbird wings.

There have also been dark days during State’s sixty-year history as a member of the ACC. N.C. State basketball has a long history of producing stars, comebacks, and even a few villains, all of which of are detailed by Tim Peeler in this reissue of Legends of N.C. State Basketball.