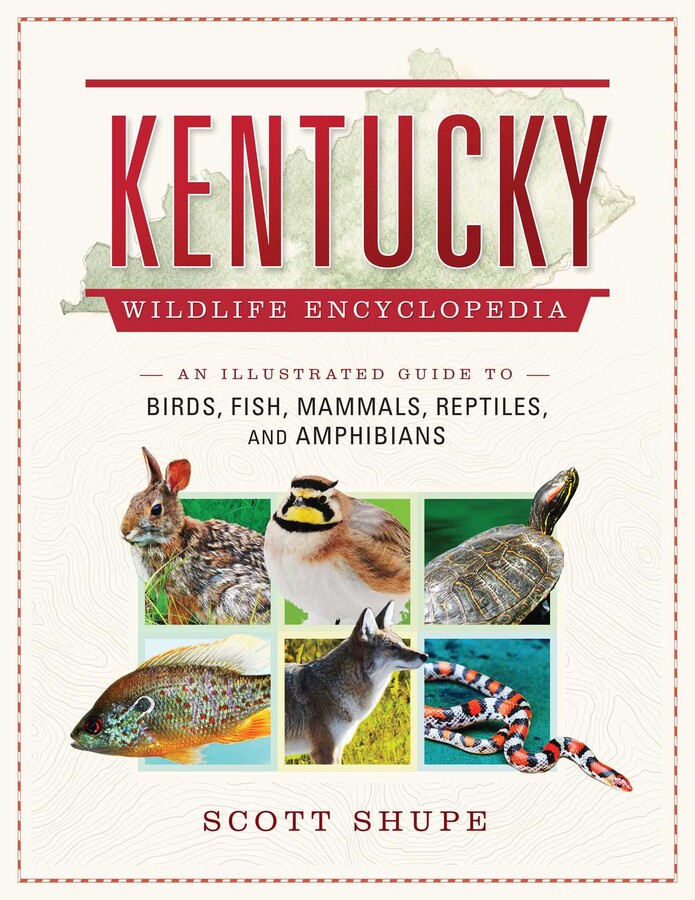 From the earliest European exploration and settlement of Kentucky, the state’s wildlife has played an important role. Men like the legendary Daniel Boone were in part lured to Kentucky by the opportunity to hunt Whitetail Deer, Bison, and Elk; and the Native Americans living in the region sustained themselves largely by harvesting mammals, birds, and fish. While the state’s wildlife is still an important resource for trappers, hunters, and fishermen, wildlife is also increasingly important for its intrinsic, aesthetic value. In Kentucky Wildlife Encyclopedia, nationally known naturalist Scott Shupe has collected information on all the wildlife that reside in the Bluegrass State. The first in a series of state wildlife encyclopedias, this book will be a handy, usable, layman’s guide to Kentucky’s wildlife. Included are over 800 color photographs, depicting the different species of mammals, reptiles, amphibians, birds, and fish, while also offering over 600 range maps to show their territory. Along with basic information for the biology of each animal, Shupe includes the size, habitat, and abundance of each species located in the state. Whether you’re a lover of the outdoors, photography, or are looking to learn more about your state, this comprehensive guide will teach you about the wonderful wildlife that covers the water, earth, and skies of Kentucky.

Scott Shupe began his naturalist career in 1971 at the famed Ross Allen Reptile Institute in Silver Springs, Florida. He has also worked at Florida’s St. Augustine Alligator Farm and at the Black Hills Reptile Gardens in Rapid City, South Dakota. Today he serves as the director of education for the Kentucky Reptile Zoo & Venom Laboratory and is the author of U.S. Guide to Venomous Snakes and Their Mimics and the editor for Venomous Snakes of the World.