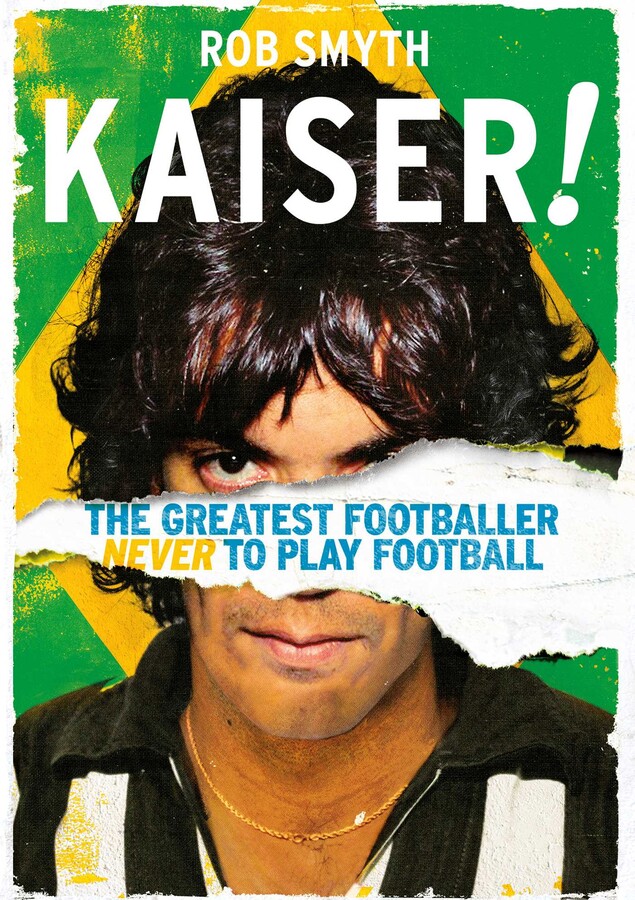 The improbable story of a soccer player who scammed his way into a lengthy career…without ever playing in a game.

Born in Rio Pardo, Brazil, Carlos Henrique Raposo had dreams of becoming a professional soccer (futbol) player. After a youth career at Botafogo and Flamengo, he had his sights set on the future. Whether given the nickname “Kaiser” due to his resemblance of superstar Franz Beckenbauer or a bottle of Kaiser beer, he used his new-found name to begin a career where he “wanted to be a footballer, but did not want to play football.”

Thus began a decade-plus career that spanned across Brazil (Botafogo, Flamengo, Bangu, Fluminense, Vasco da Gama, and America), Mexico (Puebla), France (Gazelec Ajaccio), and the United States (El Paso Sixshooters). Relying on his charm and friends in high places—from fellow footballers Carlos Alberto Torres, Ricardo Rocha, and Renato Gaucho, to reporters willing to write “stories” of his “career”— Carlos Kaiser used his skills of deception to have a storied career without ever stepping foot on the pitch.

Whether faking injuries, having friends lie for him, making up tall tales, or getting thrown out of a match just before taking the field, Kaiser! The Greatest Footballer Never to Play Football is an incredible story of the lengths one man went to have a professional soccer career without every playing a game.

Originally published in the UK, and with a world-renowned documentary released on his life, Kaiser! shares the lengths taken by one man who wanted all the glitz and glory of being a professional athlete . . . without ever having to be an actual athlete. So whether you’re a fan of soccer, futbol, professional sports, or stories of cunning and deception, Kaiser! is the story you don’t want to miss!

"Raposo's story is brought to life in Rob Smyth's brilliant Kaiser!…a book that exhibits all the verve and skill that its subject never could." –Nooruddean Choudry, Joe.co.uk

"Both hilarious and unbelievable, Kaiser! is a preposterously good football read." –FourFourTwo

"Smyth does a solid job of showing how Raposo’s unlikely path might have been smoothed by the chaotic nature of Brazilian football at the time…and the vagaries of the pre-social media world." –Paul Rees, When Saturday Comes