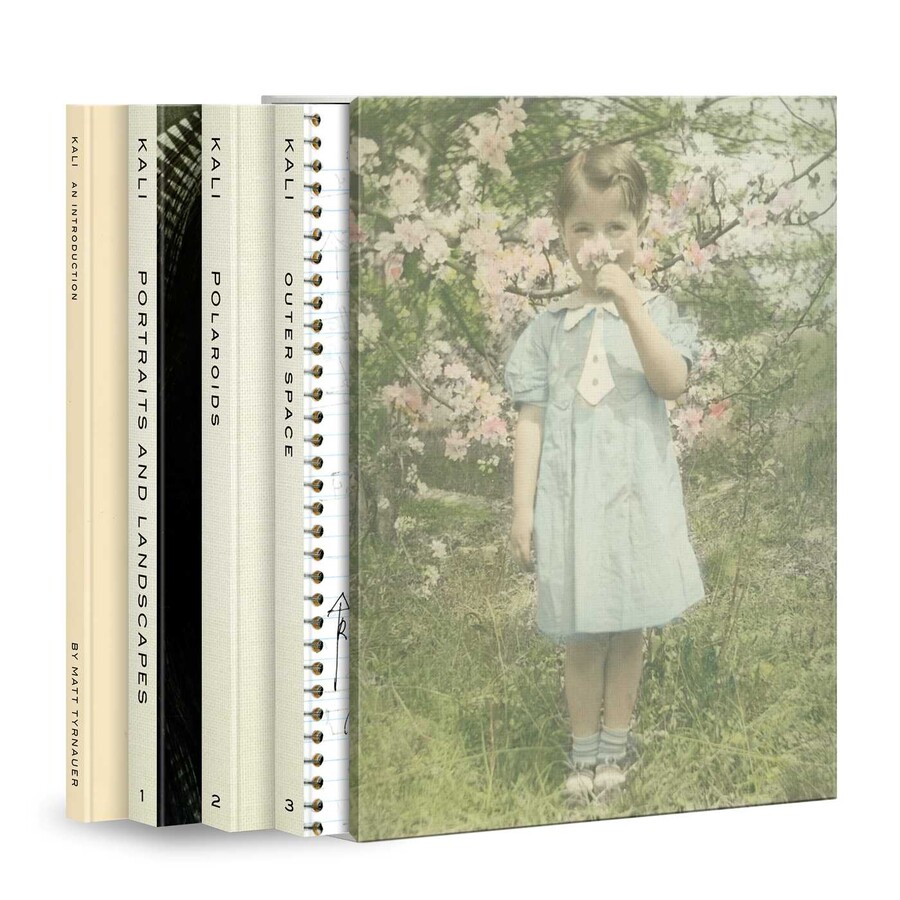 Perhaps the discovery of the decade! A veritable Vivian Maier redux. Photographer Len Prince's ex-wife's late hippy mom created--in nearly total seclusion, a mind-blowing body of experimental work, featuring surfers and hippy kids of 1970's Cali (including one teen Cindy Sherman!), and continued with experimental forms well up to her hermit-like retreat (not leaving the house for three years) to obsessively document... UFOs on her CCTV security system.

Joan Archibald was a suburban housewife with two kids living in Long Island in the 1960s. In 1966 she walked out of her house and never returned.

She ended up in hippy Malibu, living out of her car. She changed her name to Kali. She took up photography, taking pictures of Californians not much younger than herself. She hung out with Richard Chamberlain. She was loving it.

A year later, her mom bought her a house in Palm Springs–Bobby Darrin and Sandra Dee's old place–so the kids could visit. "An artist," she said, "needs to live alone to create." But she did allow the kids to stay the summer.

Susan, the girl, was a muse for her mom, dressing up and assuming made-up characters dreamt up by Kali; her summer friend Cindy Sherman also was a model in these photographic experiments.

Kali's large outdoor pool was in fact her giant finishing tank: after developing her prints in her Roman bathtub, she would toss the freshly developed prints into the pool with bottles of color and finishing agents, bugs and dirt, buckets of dye and paints, dancing in the pool with the artwork, tossing each print to the deck after achieving the perfect colorization that signified its finishing. Kali would emerge after hours of "finishing" her work, collapsing from exhaustion. Susan was in charge of retrieving the prints, after which they disappeared and were never seen again. Until now.

Susan moved away and got married, to Len Prince, and during the subsequent decades Kali became more and more reclusive, obsessively photographing the monitors hooked up to her house's extraordinary Closed Circuit TV security system, and making notes and drawings of the nocturnal "events" she witnessed overnight. Rain, moths, rustling wind became UFO visitations, for over three years she did not leave her house for fear of these uninvited nightly visitors. Estranged from her family, no one knew what happened to her until Susan received a call from a hospital. She reconnected with Kali, now suffering from dementia. Upon cleaning out Kali's house and settling her affairs, the mysterious lockers in the garage were opened, and Susan promptly had a stroke. Her ex-husband, Len Prince, a noted photographer in his own right, spent the next two years archiving and organizing the prodigious output of the eccentric and brilliant Kali. The archive, now with Emory University, is presented here for the first time.

Len Prince is an American photographer whose work includes portraiture of film, dance, and music legends, fashion, nudes, and cityscapes. Publications include About Glamour (1997), Make Over Your Man (2001), Remembering Marvin Hamlisch (2016), as well as numerous prints and interviews in Vanity Fair, Interview Magazine, Essence, and Paper Magazine. Prince's focus on theatrical and entertainment photography has led to campaign work for several Broadway theater productions, including The Graduate with Kathleen Turner, Jason Biggs, and Alicia Silverstone, and Chicago with Gretchen Mol, Usher, Brooke Shields, Mel B, among others. His work is held at The Getty Museum and the Archives at Emory University. Prince currently resides in upstate New York with his two chocolate Labs, Bob Yoda and Archie.

"Kali catalogs a sweeping cache of never-before-seen photographs and prints that she kept hidden her entire life...divided into the three distinct periods that comprise [Kali] Archibald’s oeuvre: Portraits & Landscapes, Polaroids, and Outer Space, each of which is characterized by a coherent aesthetic and point of view, one so unique that she gave her own style a name: Artography...“'She’s a California Vivian Maier,' Matt Tyrnauer says of Kali Archibald."

"1960s housewife and photographer Kali might be the greatest forgotten artist of her time"..."For over 40 years, the photographer Joan Archibald—also known as Kali—quietly created some of the most captivating and rather disquieting images of Southern California. In a new book, a trove of photos by an unsung master is celebrated."

"Flooded with swirling, multilayered psychedelic hues, Kali’s portraits, often of wide-eyed young women, can feel like the ultimate distillation of an expansive, naïve and chaotic place and time."

"Kali was a prolific pioneer of this (more experimental) alternative photography and her vibrant images marry a bohemian sensuality indicative of the time period and her lifestyle with a more emotional spontaneity."

"The colors in many of Kali’s images seem to shimmer, as if pulsing with their own internal heartbeat"... "Kali’s approach was idiosyncratic, mostly housebound, and, apparently, largely self-taught. More than anything, her images—intensely colorful, mysterious, quasi-Surrealist—bring to my mind the dark sensuality of European Expressionist painting: Kirchner’s green and yellow and orange faces; Munch’s torrid vistas, hovering somewhere between the earthly and the hellish"... "[available in] a handsome four-volume monograph."

"When [Kali] died in 2019, she left behind a hidden archive of photos, astonishingly encapsulating a bygone dazed, psychedelic, hippie L.A. Now, these mostly never-before-seen images are on view in KALI Ltd. Ed., a new four-volume hardback from powerHouse Books. In an insightful introduction, journalist and filmmaker Matt Tyrnauer gives a sense of the obscure artist behind the photographs." ... "'The discovery of the work, all at once, and almost all of it never-seen, is remarkable, and a distinguishing feature. It’s the Vivian Maier effect' [says Tyrnauer].” ... "Very few photographers, alive or dead, get a multivolume slip case coffee table book from a major publisher."

"Among the gems [in the 'four-volume collection of the artist’s work'] is a 1968 photo of Frank Sinatra on a closed-circuit TV monitor at a Palm Springs restaurant and a shot of Richard Chamberlain posing with Kali on a beach in Malibu. 'There’s something very California romantic about it,' [Matt] Tyrnauer says. 'It reminds me a lot of Joan Didion. It’s sort of like a contemporaneous visual record of that period Didion captured so well.'”

"Kali was a photographer of her time, a time when acid-like visions became all the rage with the vibrancy of LSD present in seemingly all visual forms, from films to paintings to photographs"... "Half a century later, Kali’s work is as evocative as ever, replete with brilliant colors, layered imagery, and phantasmagoric scenes. But it’s her dedication to her craft, as well as her innovative experimentations, that sets her apart from being simply a good photographer: rather, a great artist."

"Trending: who was 'Kali,' the '60s photographer everyone is talking about?" ..."Is Kali Archibald destined to be the new Vivian Maier?"

"Kali thought of the black-and-white prints she produced in her darkroom as starting points. A print became art when she jumped into the shallow end of the pool with it, poured dyes over it and danced with it, sometimes for hours. The results were moody and psychedelic abstractions layered onto already haunting images."