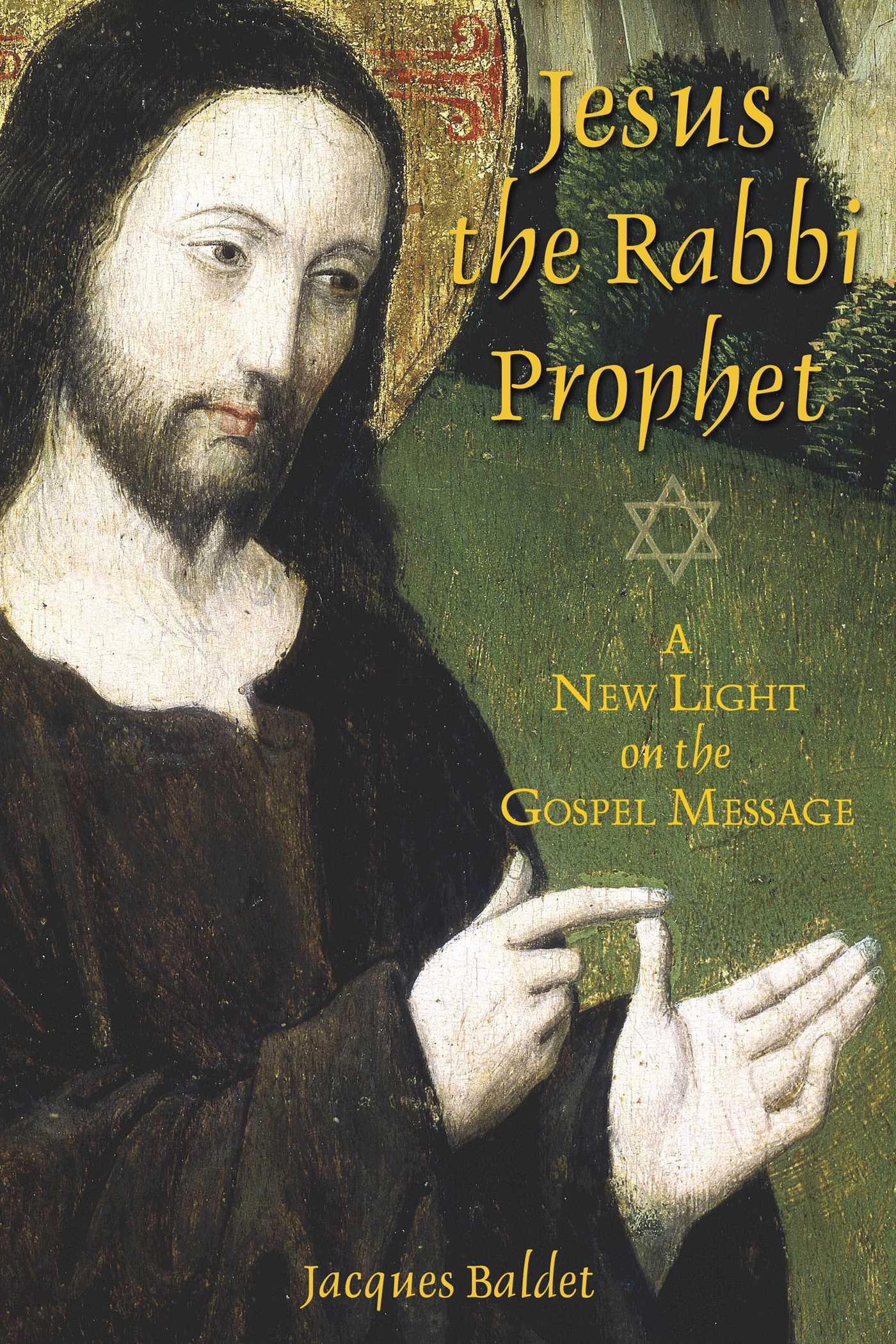 A New Light on the Gospel Message

The canonical gospels were in large part written by authors who were not eyewitnesses to the events they described, and their writings were slanted to fill the needs of the new Church. As a result, a huge gulf exists between the Christ of the Christian church and the historical Jesus. In Jesus the Rabbi Prophet scholar and historian Jacques Baldet seeks to restore the historical context and true nature of the Jewish society in which Jesus lived, and through which his actions assume on an entirely different meaning.

The research of modern historians has shed much new light on the historical circumstances at work in Judaea and the Roman provinces that Jesus knew. Looking at the life of Jesus in its broader historical setting has given Jacques Baldet answers to many of the questions that have puzzled historians, such as when did Jesus really live and what was the true nature of his family, convictions, and spiritual beliefs. From this vibrant and highly informed perspective the deeper story of the man from Galilee emerges: Rabbi Jesus was both a Jew imbued with the monotheistic teaching of the Torah and a visionary who preached of the kingdom within. Viewed in their proper historical context, the Stations of the Passion and Christ’s betrayal by Judas and death on Calvary take on a new light. Baldet shows that the true life and original message of Jesus were concealed beneath the literary creations that primarily reflected the agenda of the early Church. Jesus was not trying to start a new religion. He was a Jewish teacher who sought to reform the faith of his fathers by restoring dignity to the unfortunate and ostracized members of his society.

* [The author notes here that he has used the French version of The Jerusalem Bible for biblical quotations. In this English translation, however, we have made use of several Bibles, in addition to the English version of The Jerusalem Bible. For English translations of the Gospel of Thomas, we have used Jean-Yves Leloup, The Gospel of Thomas (Rochester, Vt.: Inner Traditions, 2005). --Trans.]

During the last two thousand years, human beings have killed each other by the millions, sometimes with appalling cruelty, over questions such as whether the God of the Bible exists, and whether or not Jesus of Nazareth, crucified by Pontius Pilate, and known as the Christ, was the only begotten Son of God. I am among those who are convinced that such questions (the source of rivers of ink, as well as of blood) are not worth any sort of bloodshed. In any case, they are questions that can be answered only by someone who subscribes to one religious belief or another.

There are many in our time, however, who are convinced that religious leaders, whether theologians, philosophers, or inspired teachers, have been unable to offer satisfactory answers to the question of the meaning of life--a meaning that would have to satisfy our need for both freedom and compassion,* both of which are essential for humanity's survival. What strikes me about contemporary Christians who take part in public religious and philosophical debates on the meaning of life is how rarely they discuss the man Jesus of Nazareth--and, even more rarely, his essential teaching.

* [I have chosen to use the word compassion here for a biblical word that is now often translated as “love.” But the word love has become so misused that I have preferred compassion, in spite of the almost condescending nuance that word might seem to have in certain contexts.]

Raised as a practicing Catholic, I later rejected the Church's religious teaching because I could no longer reconcile the Jesus of Christianity with the Jesus of Nazareth to be found in the gospels. Nevertheless, the hope of someday discovering the "true" historical Jesus never left me. It was in this spirit that I decided, seven years ago, to begin the research that has led to this book. Besides his original teaching, I wanted to understand the motivations behind Jesus' arrest by Jewish religious authorities and his execution by Roman power. He was certainly not the first prophet or religious leader to suffer such a fate in Palestine, where the Romans had dealt harshly with many other agitators. But what was it that he said and did that so upset the Jewish religious establishment?

In researching and writing this book, I have conducted my own kind of "archaeological dig" of the variegated terrain that comprises the surviving gospels and other texts that speak of Jesus. My motivation has been my desire to excavate the original teaching of this man from Nazareth. Naturally, I have not been so presumptuous as to start from scratch and have made use of the great body of contemporary scholarly research on the historical Jesus. My main objective has been to uncover a message that has been repeatedly distorted, and even betrayed, ever since the death of its teacher. I make no pretense of having discovered the authentic teaching, though I do feel that I have at least made some steps in this direction. But that is for the reader to judge.

Without too much anticipation of my conclusions at the end of this book, I would like to say that, inasmuch as we are able to reconstruct his teaching, the response of Jesus of Nazareth to the great question of the meaning of human life was not so much a set of answers as the showing of a possible way toward these answers. The task of working them out was one that he left to each of his fellow human beings.
Jacques Baldet

Born in Angers, France, Jacques Baldet is a writer, economist, and international consultant who completed graduate studies in economics at the Sorbonne. He has worked for the International Monetary Fund and the World Bank and as a consultant for the United Nations Development Program. For many years he has conducted research into the historical Jesus and the Jewish roots of Christianity. He lives in France.

A New Light on the Gospel Message