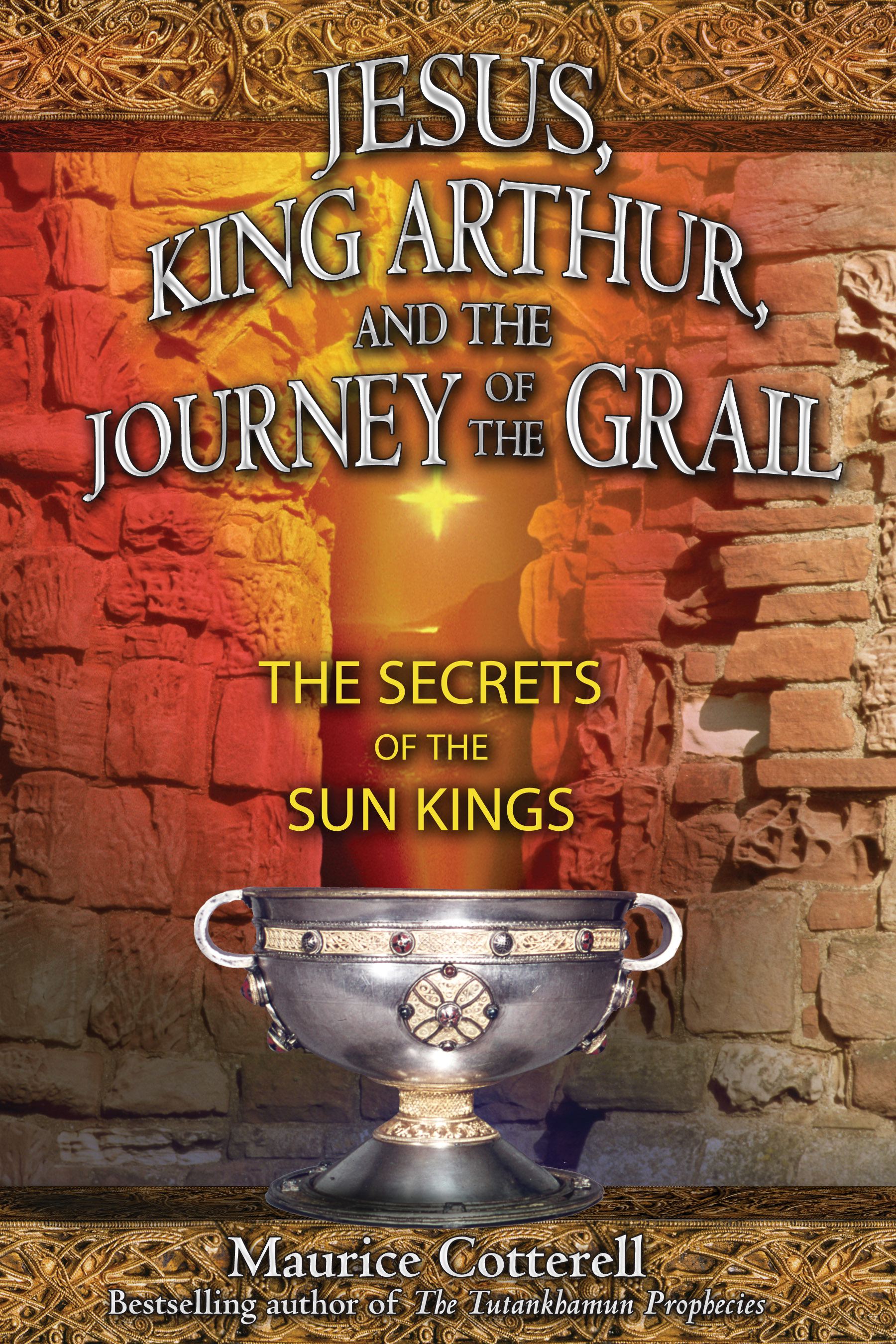 • Connects the discovery of 4,000-year-old Celtic mummies in China with the transmission of this ancient knowledge

Using the same knowledge that enabled him to break the codes of the Mayas, Peruvians, Egyptians, and Chinese, Maurice Cotterell now follows the migration of the Celts 4,000 years ago from Asia, across Europe, to Ireland. His account of this epic journey together with his knowledge of the secret codes of the Celts help him to identify and locate the Holy Grail, the actual cup used by Christ and his disciples at the Last Supper.

The author explains the true story of the Grail: how it contains the secret super-science of the sun and the higher orders of spirituality; how it was carried to England by Joseph of Arimathea; how in A.D. 453 it was found by King Arthur, who engraved it with the same esoteric information found on the Pyramid of Inscriptions in Palenque, Mexico, and the Gateway of the Sun at Tiahuanaco in ancient Peru. His discoveries reveal that the Grail does actually radiate light, in accordance with the Arthurian legends, proving that the so-called legends are actually based on fact. The author goes on to show how the holy cup was passed for safekeeping to the monks of Lindisfarne, who copied the secrets of the Grail into the Lindisfarne Gospels and the Book of Kells. Fleeing from Viking raids, the monks carried their treasures to Ireland, explaining how the cup found its way to the Dublin Museum--where it rests today.

from Chapter Five: The Holy Grail

The Mystery of the Names
The twelve names as they appear on the bowl also raise questions. The name of Judas Iscariot, the so-called Disciple who betrayed Jesus, is missing, which is understandable. But the name of the Apostle who replaced him, Mathius, is not included. If the monks of Lindisfarne had engraved the cup, they would have known that Mathius had replaced Judas--given that the Lindisfarne Gospels are based on the Latin Vulgate version of the Bible which contains the Acts of the Apostles naming Mathius as the replacement. Instead, the twelfth name on the chalice is that of St. Paul, the one-time Roman Saul, who preached around the Mediterranean during Roman times. The earliest known version of the New Testament comes from the early Peshitto manuscript precisely dated as being written in AD 464, after the death of King Arthur. King Arthur, therefore, who died in around AD 450, would not have known that Mathius had replaced Judas. Arthur, however, having lived through the Roman occupation of Britain, would have been aware of the works of St. Paul--the favourite of the Romans after the time of Constantine--and therefore would more likely have believed that the popular Paul had taken the role of the twelfth Apostle.

The Mystery of the Grammar
A linguistic scholar has pointed out that the names contain grammatical errors: ten names appear in the possessive sense but two--the Latin versions of Tatheus and Simon--appear in the nominative. St. Aiden may not have favoured Latin but he was a scholar, as the Lindisfarne Gospels testify. It is unlikely therefore that educated clerics engraved the chalice. If clerics did not engrave the chalice, then who did?

The Secrets of the Carving
The incorrect names of the Apostles support the view that it was Arthur in AD 453 who incorrectly carved the name of Paul on the chalice and not clerics in AD 698. Arthur would also have had no axe to grind over the use of Latin, unlike the monks, who were at loggerheads with Rome over the dating of Easter and the structure of the Church. He was no educated scholar and therefore more likely to make grammatical errors. And the carving of the names on the cup is rough and crude as though it has been done with the end of nail--an instrument intimately associated with the Crucifixion of Christ. It is patently clear that whoever carved the cup wished to convey the fact that they did not possess the skill of whoever manufactured it. But whoever it was, they knew it was the Holy Grail and engraved it to let others know.

The Secrets of the Dragons
The engraving has more to say; it continues in loops around the solar crosses and beneath the handle escutcheons taking the shape of two conjoined dragon heads. This “mark of the Grail”--two anthropomorphic dragon-angels--also appears either side of the Grail shown in the fifteenth-century manuscript. Two dragon heads are known, from archaeological evidence, to represent Christ and the Crucifixion, further supporting the association of the chalice with the event. Figure 53 shows an example of a tau cross featuring a scene of the Crucifixion with Christ on the cross together with Mary and St. John inside a solar-cross envelope inside the conjoined belly of two dragons.

Following the Crucifixion, the Greek letter t, or tau, was associated with the cross. The dragons represent sacrifice, after the ancient custom of Silene where the firstborn of every family was (legend has it) sacrificed to a dragon that lived in a swamp. Jesus was, likewise, sacrificed on the cross.

Figure 54a shows another example of a tau cross, this time with Mary and the baby Jesus inside the circular Sun, which carries magnetic loops around the perimeter, again inside the belly of two conjoined dragons. Venus appears either side of the Sun, as a small white circular stud. Figure 54b shows the lid of Lord Pacal at Palenque and figure 54c shows a detailed section of the lid featuring a tau cross, meaning that Lord Pacal is also associated with the tau cross and the Crucifixion of Jesus.

According to Malory, the staff carried by the time-travelling magician Merlin was crowned with a tau cross identical to the one in figure 53. Merlin was hence aware of the meaning of the tau cross and its association with Christ and must have therefore instructed Arthur to carve the dragons on the Holy Grail to authenticate its provenance.

"It is clear that until science can meet spirituality, embrace metaphysics, and the deeper wisdom of "meaning," we will remain ignorant of the deep wisdom of the ancients. This wisdom can be found in Maurice Cotterell's insightful and amazing book."