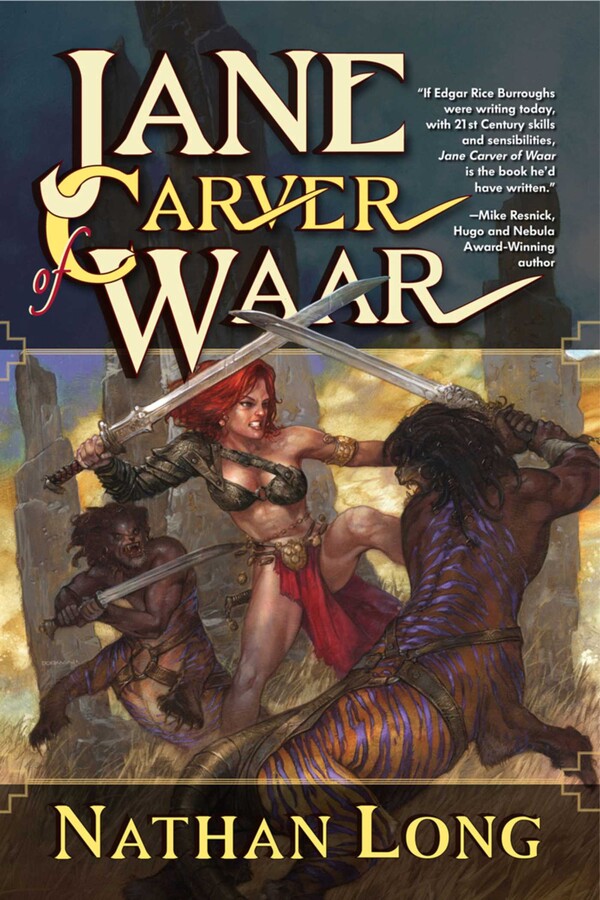 By Nathan Long
LIST PRICE $14.99
PRICE MAY VARY BY RETAILER

Jane Carver is nobody's idea of a space princess.

A hard-ridin', hard-lovin' biker chick and ex-Airborne Ranger, Jane is as surprised as anyone else when, on the run from the law, she ducks into the wrong cave at the wrong time-and wakes up butt-naked on an exotic alien planet light-years away from everything she's ever known.

Waar is a savage world of four-armed tiger-men, sky-pirates, slaves, gladiators, and purple-skinned warriors in thrall to a bloodthirsty code of honor and chivalry. Caught up in a disgraced nobleman's quest to win back the hand of a sexy alien princess, Jane encounters bizarre wonders and dangers unlike anything she ever ran into back home.

Then again, Waar has never seen anyone like Jane before

Both a loving tribute and scathing parody of the swashbuckling space fantasies of yore, Jane Carver of Waar introduces an unforgettable new science fiction heroine.

By Nathan Long
LIST PRICE $14.99
PRICE MAY VARY BY RETAILER