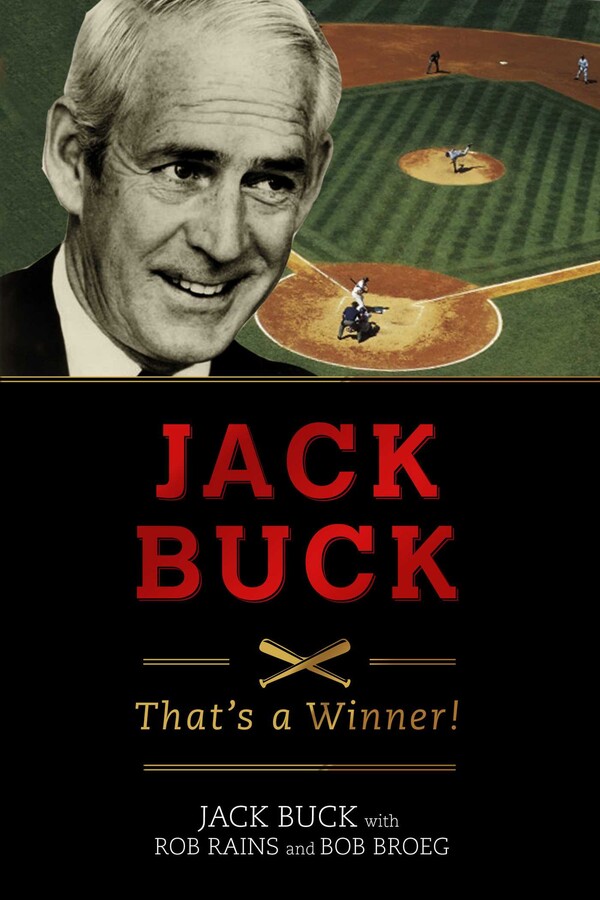 By Jack Buck
With Rob Rains and Bob Broeg
LIST PRICE $14.95
PRICE MAY VARY BY RETAILER

In his forthright and honest autobiography, former St. Louis Cardinal, World Series, and Super Bowl broadcaster Jack Buck entertains all of his fans once more in a different setting. Jack Buck: That’s a Winner!” does more than entertain, however. It provides readers with an inside look at a man they listened to so often, they considered him part of the family.

From the days of growing up working at the drive-in, to his time in the Army, to his first stint on TV, and so much more, the reader learns about how he became the legendary broadcaster whom fans came to adore. Buck also covers his time working with Harry Caray, the St. Louis Cardinals’ August A. Busch Jr. and Whitey Herzog eras, and all the way through the 1990s.

This is a perfect gift for any fan of the legendary play-by-play announcer!

By Jack Buck
With Rob Rains and Bob Broeg
LIST PRICE $14.95
PRICE MAY VARY BY RETAILER