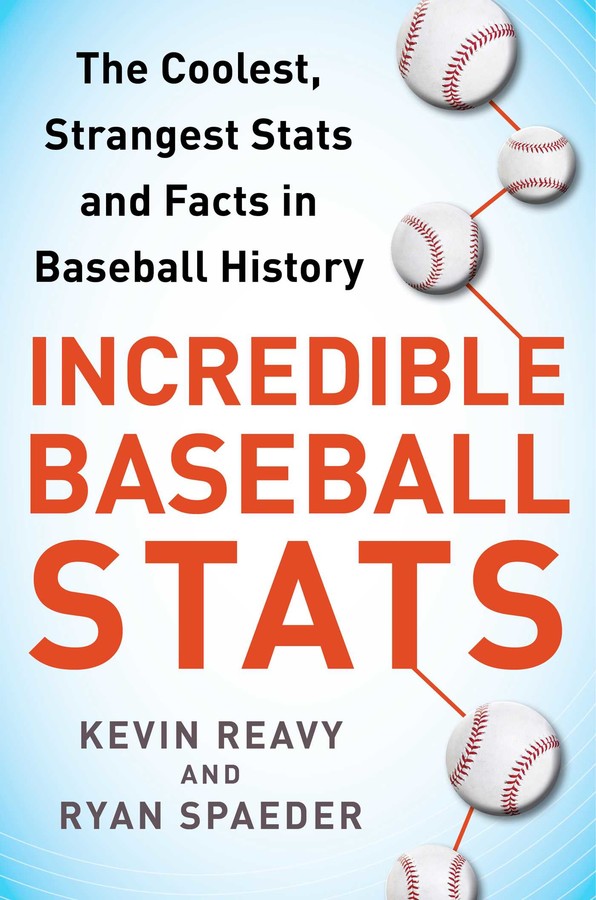 The Coolest, Strangest Stats and Facts in Baseball History

As America's pastime since the mid-1800s, baseball offers the sights, sounds, and even smells that are deeply entrenched in our culture. But for some, the experience can be less sensory. Some, such as Ryan Spaeder and Kevin Reavy, live for baseball statistics. Stats give the game historical context and measurables for past, present, and predictive analysis.

For example, in 2015, the Nationals’ Bryce Harper broke out in a major way. He batted .330/.460/.649 with 42 home runs en route to his first MVP Award. It was his fourth MLB season, but he was still younger than NL Rookie of the Year Kris Bryant. He became the youngest player to lead the league in both on-base percentage and homers in the same season since Ty Cobb in 1909. Through 2015, he has a career .902 OPS (143 OPS+), the same OPS and adjusted OPS that Henry Aaron had through his first four seasons—and Hammerin’ Hank was nearly a year older!

The authors have scoured the records for untold tales and looked at familiar ones with new statistical insights, to create Incredible Baseball Stats, a perfect book for baseball fans from coast to coast.

The Coolest, Strangest Stats and Facts in Baseball History