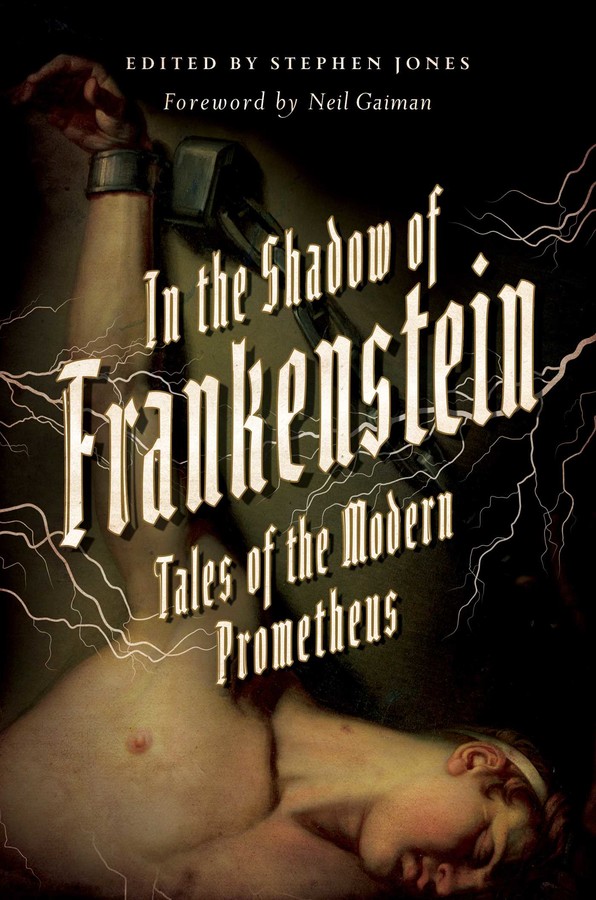 The most infamous doctor of the Gothic Era once again delves into the forbidden secrets of the world, when literature's most famous creature lives again . . .

Within these pages, the maddest doctor of them all and his demented disciples once again delve into the Secrets of Life, as science fiction meets horror when the world's most famous creature lives again.

Plus, you're sure to get a charge from three complete novels: The Hound of Frankenstein by Peter Tremayne, The Dead End by David Case, and Mary W. Shelley's original masterpiece Frankenstein; or, The Modern Prometheus.

As an electrical storm rages overhead, the generators are charged up, and beneath the sheet a cold form awaits its miraculous rebirth. Now it's time to throw that switch and discover all that Man Was Never Meant to Know.

"Editor Stephen Jones has selected a stunning array of stories. In the Shadow of Frankenstein does Mary Shelley’s legacy proud."

"In the Shadow of Frankenstein will haunt your dreams. A first-rate example of how the creature’s heart has continued to pump life into the horror short-story genre."

"A superb selection of short stories."