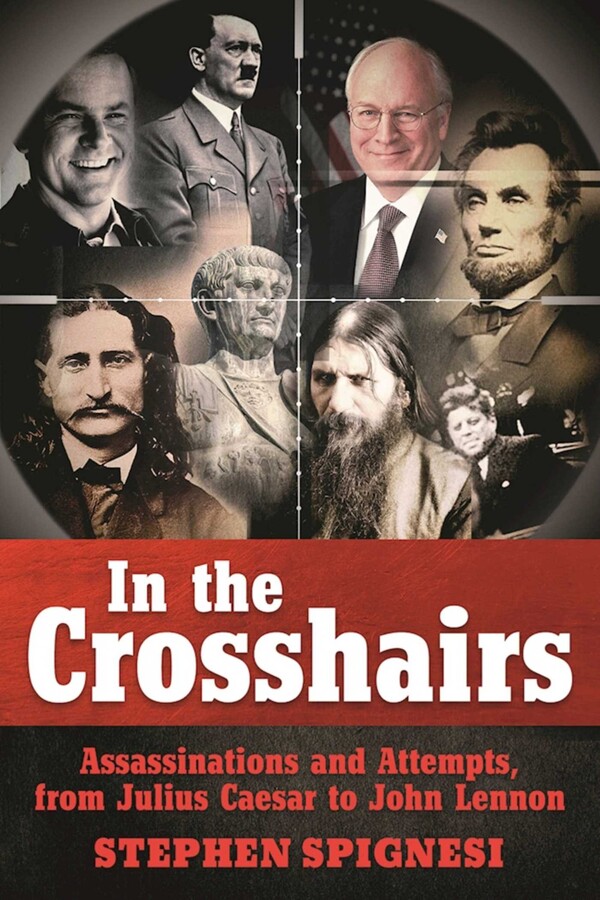 Famous Assassinations and Attempts from Julius Caesar to John Lennon

By Stephen Spignesi
LIST PRICE $17.99
PRICE MAY VARY BY RETAILER

Assassinations often change the course of history. Here is an intriguing look at dozens of notable assassinations and attempts throughout history, including complete details about the assassin, the victim, the circumstances of the attack, and the outcome. In the Crosshairs also features photos of many of the victims or would-be victims, and rare archival material, including excerpts from original police reports.

High-profile celebrities, political figures, religious leaders, and many others have fallen prey to assassins, and many have survived. In the Crosshairs is arranged in alphabetical order, by last name, and includes such details as:

On November 8, 1939, Adolf Hitler narrowly escaped an assassination attempt  12 minutes after he left a room where he was making a speech, a bomb went off.
Egyptian President Anwar el-Sadat would probably have survived the assassin’s bullet on October 6, 1981, if he hadn’t taken off his bulletproof vest  but he didn’t like the way it made his suit bulge.
Robert John Bardo, the murderer of young actress Rebecca Schaeffer, carried with him to the crime scene a copy of J. D, Sallinger’s The Catcher in the Rye, just like Mark David Chapman did when he murdered John Lennon nearly nine years earlier.
From notable murders (Abraham Lincoln, Gianni Versace, and Indira Gandhi) to little-known attempts (George W. Bush, Wild Bill Hickock, and Andy Warhol) here is a surprising, informative, and intriguing book that deserves to be on every history buff’s bookshelf.

Famous Assassinations and Attempts from Julius Caesar to John Lennon

By Stephen Spignesi
LIST PRICE $17.99
PRICE MAY VARY BY RETAILER