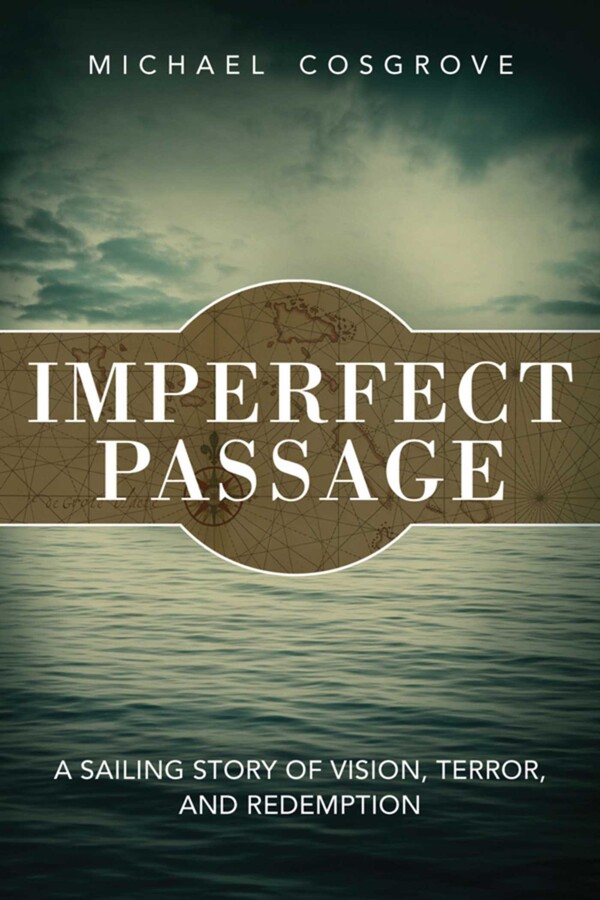 A Sailing Story of Vision, Terror, and Redemption

Michael Cosgrove had a beautiful family, a successful career, and a lovely Southern California home overlooking the Pacific Ocean. At the age sixty, he decided to leave that all behind to sail around the world.
In spite of his romanticized vision of rugged individualism and salty tales to share with his grandchildren, Cosgrove quickly realizes that sailing around the world isn’t going to be as easy as he’d imagined. From a psychotic crewmate, sleep deprivation, and mental breakdowns, to stormy weather and hallucinations, Cosgrove rides the waves, holding on as best he can to his dream of doing something grand.” Alone, and thousands of miles away from everyone and everything he loves, he is forced to ask himself one question: what in God’s name am I doing here?

In his attempt to avoid the inevitable (growing old, weak, frail), Cosgrove runs amok. He breaks his budget to outfit the boat and then refuses to read the manuals. He enters unfamiliar harbors in the dead of night, hires a violent first mate, and sails headlong into ferocious storms. In the midst of his adventures, he longs for the simpler days when his four daughters were still children, when his first marriage was still intact, and when his future still seemed bright and expansive. Though driven by scenes of sheer terror, absurd folly, and deep inner searching, Cosgrove keeps his sense of humor throughout his harrowing journey.

Imperfect Passage is the story of one man’s perseverance against Father Time and Mother Nature, proving that with enough will, one can, in his or her own way, conquer the unconquerable.

Michael Cosgrove will be donating a portion of his profits to the Navy Special Warfare Family Foundation.

A Sailing Story of Vision, Terror, and Redemption