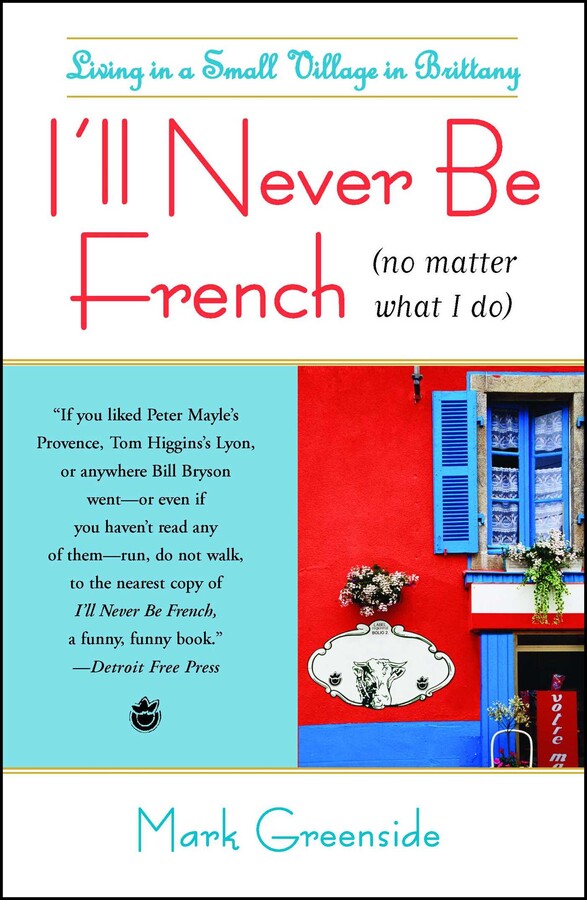 By Mark Greenside
LIST PRICE $12.99
PRICE MAY VARY BY RETAILER

Tired of Provence in books, cuisine, and tablecloths? Exhausted from your armchair travels to Paris? Despairing of ever finding a place that speaks to you beyond reason? You are ripe for a journey to Brittany, where author Mark Greenside reluctantly travels, eats of the crêpes, and finds a second life.

When Mark Greenside -- a native New Yorker living in California, doubting (not-as-trusting-as Thomas, downwardly mobile, political lefty, writer, and lifelong skeptic -- is dragged by his girlfriend to a tiny Celtic village in Brittany at the westernmost edge of France, in Finistère, "the end of the world," his life begins to change.

In a playful, headlong style, and with enormous affection for the Bretons, Greenside tells how he makes a life for himself in a country where he doesn't speak the language or know how things are done. Against his personal inclinations and better judgments, he places his trust in the villagers he encounters -- neighbors, workers, acquaintances -- and is consistently won over and surprised as he manages and survives day-to-day trials: from opening a bank account and buying a house to removing a beehive from the chimney -- in other words, learning the cultural ropes, living with neighbors, and making new friends.

I'll Never Be French (no matter what I do) is a beginning and a homecoming for Greenside, as his father's family emigrated from France. It is a memoir about fitting in, not standing out; being part of something larger, not being separate from it; following, not leading. It explores the joys and adventures of living a double life. 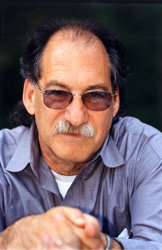 Mark Greenside holds B.S. and M.A. degrees from the . He has been a civil rights activist, Vietnam War protestor, anti-draft counselor, Vista Volunteer, union leader, and college professor. His stories have appeared in The Sun, The Literary Review, Cimarron Review, The Nebraska Review, Beloit Fiction Journal, The New Laurel Review, Crosscurrents, Five Fingers Review, and The Long Story, as well as other journals and magazines, and he is the author of the short story collection, I Saw a Man Hit His Wife.

He presently lives in , , where he continues to teach and be politically active, and , , where he still can’t do anything without asking for help.

"One of the nicest of the trillions of books about France." -- Diane Johnson, author of L'Affaire, Le Mariage, and Le Divorce

"This tale of how one man accidentally becomes a thoroughly integrated member of a French village is funny, insightful, and winningly self-deprecatory. (My favorite character may be the nervous insurance agent.) And Mark Greenside's version of rudimentary spoken French is actually a good demonstration of how to communicate in a language you don't know!" -- Lydia Davis, author of Varieties of Disturbance: Stories and translator of In Search of Lost Time by Marcel Proust

"A light, lighthearted, occasionally very funny romp through a region of France not well represented in the travel literature. With his fresh eye and self-deprecating wit, Greenside sketches a wry, cautionary tale for all those of us who are tempted by adventures in foreign real estate." -- Michael Sanders, author of From Here, You Can't See Paris: Seasons of a French Village and Its Restaurant

"Mark Greenside has written a sweet, evocative book about the pleasures and perplexities of buying and owning a house in a small town in France. It's a funny, enlightening journey. Sit back, relax, and enjoy the trip." -- Richard Goodman, author of French Dirt: The Story of a Garden in the South of France

By Mark Greenside
LIST PRICE $12.99
PRICE MAY VARY BY RETAILER