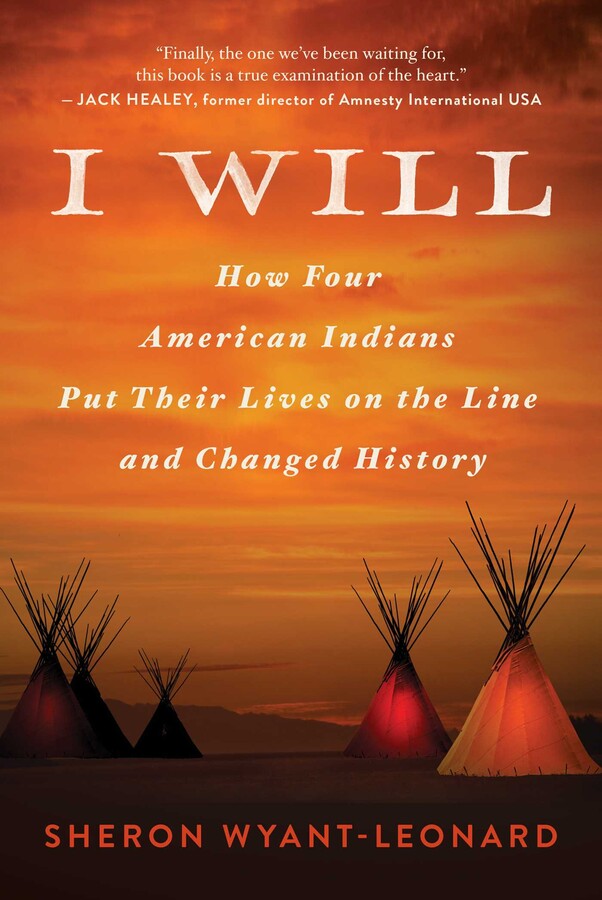 When the last gunshots of the Indian Wars of the nineteenth century faded away, a dark and desperate time began for Native American people. Poverty, neglect, and hopelessness hung over the land. But as the seventies dawned, a powerful movement for change by newly urban Indians was born with the words “American Indian Movement.” This story includes a brief look at their childhoods as told by the people who lived it, including their government boarding schools, reservation life, the fight against termination, and the founding of their resistance with building takeovers and government saboteurs, a prison escape, including the largest FBI manhunt in history. They walked the line between courage and fear and changed the direction of Native history forever.

“Finally, the one we’ve been waiting for, this book is a true examination of the heart.”
—Jack Healey, former Director of Amnesty International USA

"While working in a community radio news department during the 1970s, I aired many reports on AIM-related events. Back then, I thought I knew what was going on. After reading I Will, I realize I barely knew a single thing."
—Jill Hannum, former News Department co-director, KPFA-FM

“During the Wounded Knee siege in winter of ‘73 on the Pine Ridge Indian reservation, roadblocks were set up to keep out the press. Herb Powless, (featured in I Will) arranged a two-day overland trek to get me inside the besieged compound. I owe my films to that."
—Kevin McKiernan Pulitzer Prize-nominated foreign correspondent; creator of The Spirit of Crazy Horse and From Wounded Knee to Standing Rock films

"Sheron Wyant-Leonard has a poet’s way with words and understands that it is the details, closely and freshly observed—a glance between friends, the feel of falling snow, one night’s alignment of the stars, the manifestations of hunger or fear or joy—that make a story, even about important, troubled times, come to life. I Will weaves into the arduous paths of four people who ended up leaders of the American Indian Movement insights about love, courage, determination and the wisdom of native ways. The result manages to be both heartbreaking and inspiriting." —James Silk, Binger Clinical Professor of Human Rights at Yale Law School