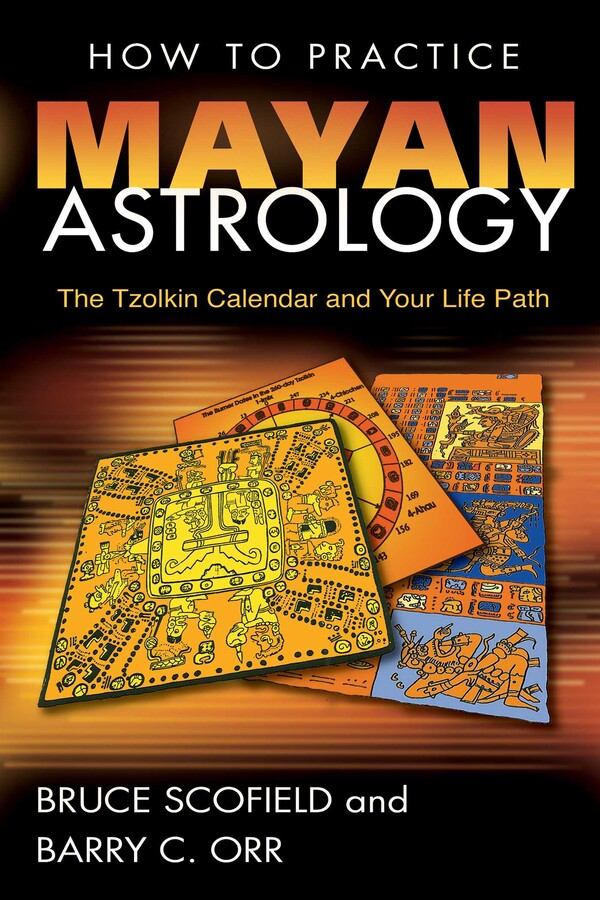 How to Practice Mayan Astrology

The Tzolkin Calendar and Your Life Path

A contemporary and practical guide to Mayan astrological techniques

• Explains the many cycles of Mayan astrology, such as the 9-day cycle of the Night Lords and the 13-day trecena

How to Practice Mayan Astrology presents a contemporary guide to one of the most sophisticated astrological systems ever developed. Like other ancient peoples, the Maya looked to the cycles of the planets as markers of time and designators of order. The predictable cycles they observed became codified in the Mayan calendar and astrological system as a way of organizing the seeming chaos of human life.

Mayan astrology is based on 20 named days that are cycled 13 times to create a 260-day calendar, the Tzolkin. The authors explain the symbolism, logic, and meaning of the 20 day-signs; how these signs reflect 260 possible personality types; and how they can be used for divination. They also explain the important role of the Four Directions and the planet Venus in one’s personality matrix and life issues. Included are extensive, easy-to-use tables of Mayan astrological data, allowing readers to determine their day-signs, to see how these signs are also influenced by the cycle of the Night Lords and the 13-day trecena, and to cast their own horoscopes.

THE HIERARCHY OF THE DAYS

The day counts--the day-signs, a pulse of 20 days; the trecena, a pulse of 13 days; and the Night Lords, a pulse of 9 days--represent complex biorhythms that run from birth onward. The year, a pulse of 365 days and one that measures day-length, establishes a longer rhythm.

The focal point of our Mayan horoscope chart is a three-tiered pyramid viewed from above. Each of the four sides of the pyramid face one of the four directions. In keeping with Mayan and Mesoamerican custom, east is at the top of the page, north to the left, west to the bottom, and south to the right.

The top level of the pyramid is for the day-sign. This is the crown of the persona, the form through which the individual speaks to the world. It is the tonal of Carlos Casteneda, the form that the self takes so that it can be recognized and sustained. The directional quality of the day-sign determines its placement in the quartered summit of the pyramid.

The second level of the pyramid concerns the trecena. The trecena at birth is descriptive of instinctive behaviors. These are reflected in the desires, interests, and responses of the individual. They may not be conscious factors in personality, themes that individuals know to be a part of themselves, but they may be perfectly obvious to others. This level may be that of the Inagual of Carlos Casteneda, the unformed impulse that drives one forward. The directional component to each 13-day period determines where the trecena of birth is registered in the time-grid.

The base of the pyramid and the opening at the top are where the nine Lords of the Night are displayed. The Lords of the Night are symbols that describe a series of pulses, possibly of darkness--the nine nights. It may be that those born during the night are more responsive to this set of symbols, but we are assuming they mean something to everyone. They represent a kind of inherited or genetic impulse, drives that are very deep and yet represent an extension of the parental ancestry. Since the first Lord rules the center, anyone born with that Lord in effect will need to place it on the central opening at the top of the pyramid--an opening that descends into the heart of the structure where it meets the base. The other Lords are noted in the corners of the lower pyramid level facing the appropriate directions.

The outer level of the pyramid--the offset base below the three main levels of the pyramid--is for the year. This offset base level describes the link of the individual to the collective world from which he or she is emerging. During the course of a year, the sun is seen to change altitude in the sky and to rise in different places. The light cycle of the year may be a factor in establishing personality, which is probably how the Western zodiac works, but it may also act as a kind of extended day in itself. The return of the sun to its birth position may stimulate an imprint in the brain, and these returns may be counted in groups. The directionality of the year offers information on the more collective structuring of the self.

The phase of Venus is noted using the Maya glyph, the cross and four dots, or a five-pointed star. It is placed around the pyramid, within the outer circle. Venus at inferior conjunction is placed in the north, morning star in the east, superior conjunction in the south, and evening star in the west. Knowing about where in its cycle Venus was at birth can determine the exact location of Venus in the time-grid. For example, someone born two months after the inferior conjunction might have the Venus symbol placed to the left of center in the eastern portion of the grid.

Born under the day-sign Muluc, Oprah is a natural performer and has captured the public in ways few have. She relates emotionally to her audience and her emotional intensity is not diminished by broadcasting--a television image is all she needs to get her messages across. She is obviously not afraid of taking risks--this has been a key component of her success as a public figure. Her struggle with her weight is a sign that she experiences compulsive and addictive behaviors, but her will is strong and she has transformed herself several times. There is no question that she is a dominant personality and her influence on what books people read is enormous. Her trecena, 1-Ik, suggests that she has a strong need to communicate and indeed she does both verbally and through her reading recommendations. Oprah is essentially a teacher/performer and she has many messages to convey on many topics. Like others born during a West year, Oprah engages others in a big way.

Oprah was born under the eighth Night Lord. She is a talker, in some ways more a counselor or group psychologist. She is a complex person not afraid to face her inner world and she knows how to get to the center of things. She reacts to stimuli very quickly and is fast on her feet. Venus was at its superior conjunction at her birth, indicating that Oprah is very deep emotionally and very concerned with right and wrong. She is interested in human problems and she brings these out into the light of day through her television show. As a result, many people have become more comfortable talking about things that were taboo years ago.
Bruce Scofield

Bruce Scofield is the author of seven books on astrology, including Day-Signs: Native American Astrology from Ancient Mexico and Signs of the Time: An Introduction to Mesoamerican Astrology. He has been a practicing astrologer for more than 36 years and lives in Amherst, Massachusetts.

Barry C. Orr is a software developer who designed some of the early computer programs used by technical astrologers. He is coauthor, with Bruce Scofield, of the Maya-Aztec Astro Report, a software program that identifies personality delineations based on the Mayan calendar. He lives in New Jersey.

"Everything that you would need to set up your own personal Maya life path chart is included . . . . This is not just another interesting book, it is a work in progress, and a tool that can be used by all who wish to."

"Bear Books has once again brought a fine book to the readers. Full of interesting insights and observations, the authors are to be congratulated on a well-written astrology book which covers a subject rarely seen in print. The tables make up a considerable portion of the book and serve as a distinct guide to casting the horoscope.

"Step-by-step, the reader is given a sound and logical explanation of Mayan astrology. The definitions and discussion of the signs is precise. A guide to the culture of the Mayans is given for reference.

“Insightful and grounded in the authentic calendar tradition, this much needed book is an ingenious exposition of Mayan astrology. It explains in simple terms, and fully utilizes, many indispensable features that are too often overlooked, providing an unparalleled practical guide and everyday reference.”

"For those who enjoy astrology, history, and culture, I highly recommend How to Practice Mayan Astrology."

How to Practice Mayan Astrology

The Tzolkin Calendar and Your Life Path