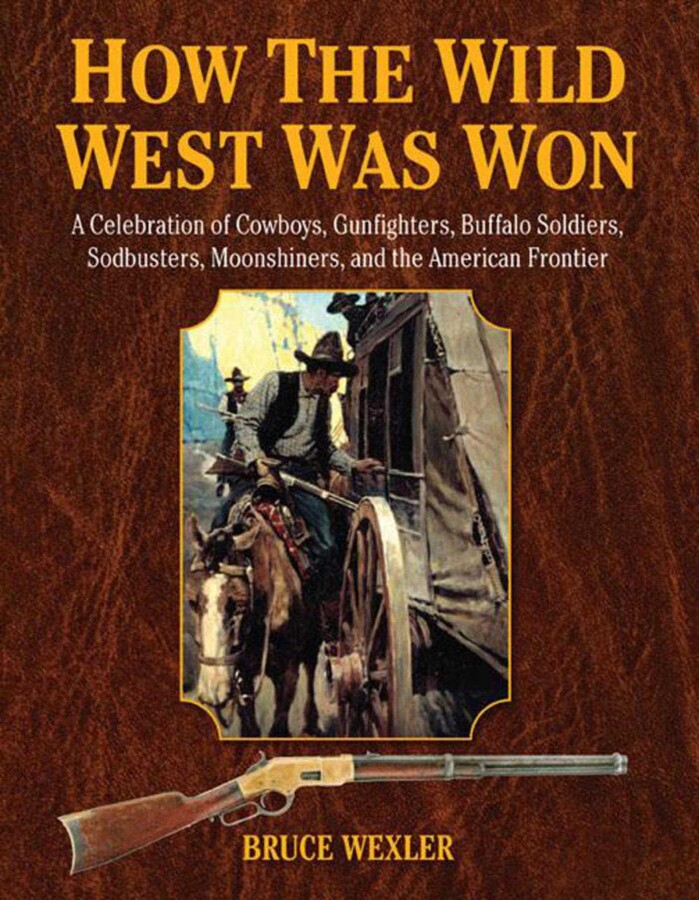 How the Wild West Was Won

A Celebration of Cowboys, Gunfighters, Buffalo Soldiers, Sodbusters, Moonshiners, and the American Frontier

By Bruce Wexler
LIST PRICE $27.95
PRICE MAY VARY BY RETAILER

Dusty road shoot outs, roaming buffalo, bar brawls, gold, tragedy, genocide, damsels in distress, and cowboys riding off into the sunsetthe taming of the Western frontier is one of the most colorful and fascinating periods of American history. In this beautifully illustrated and comprehensive book, Bruce Wexler brings the ruggedness of the old American West to life, as he has in all ten of his books about the history of the Wild West. Here the figures of the cowboy, gunslinger, soldier, Pony Express rider, settler, and Native American are introduced and explored through their impact on the settling and assimilation of the region. The century between 1800 and 1900 proved to be the most explosive in terms of change as the West evolved from an untamed territory into an integral part of the country, connected by institutions such as the pioneer trail, the stagecoach, the Pony Express, the railroads, and the telegraph wire.

Through its portrayal in movies, literature, television, fashion, and art, the West has become a familiar concept. Wexler sheds light on this much-romanticized period of history by acknowledging its gritty realities and providing an answer as to why, even now, such an allure persists in surrounding it.

How the Wild West Was Won

A Celebration of Cowboys, Gunfighters, Buffalo Soldiers, Sodbusters, Moonshiners, and the American Frontier

By Bruce Wexler
LIST PRICE $27.95
PRICE MAY VARY BY RETAILER