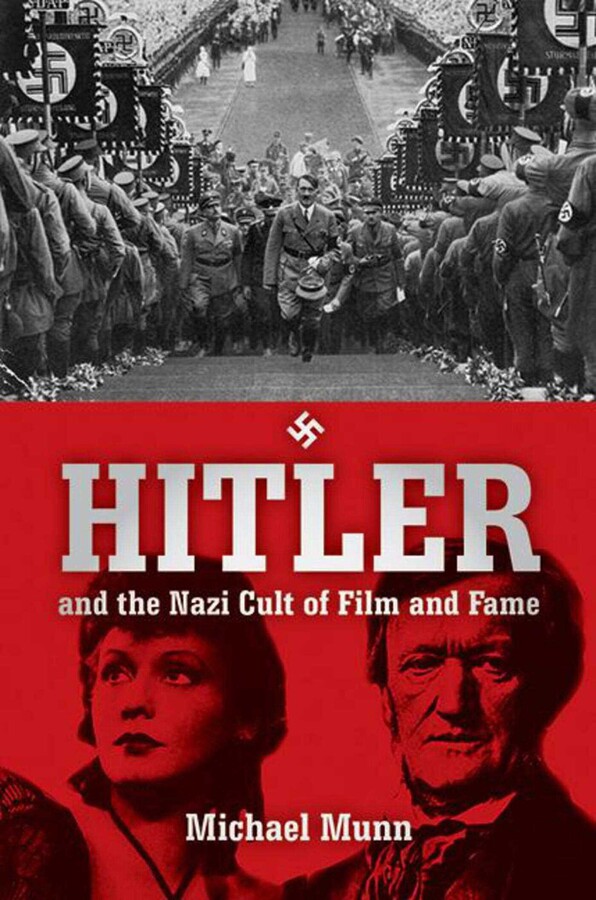 A shocking look into the twisted, lurid world of Nazi Germany’s film industry.

In Nazi Germany, the cult of celebrity was the embodiment of Hitler’s style of cultural governance. Hitler’s rise to power owed much to the creation of his own celebrity, and the country’s greatest stars, whether they were actors, writers, or musicians, could be one of only two things. If they were compliant, they were lauded and awarded status symbols for the regime; but if they resistedor were simply Jewishthey were traitors to be interned and murdered. This fascinating analysis offers a shocking portrait of a Hitler shaped by aspirations to Hollywood-style fame, of the correlation between art and ambition, of films used as weapons, and of sexual predilections.

The Führer believed he was an artist, not a politician, and in his Germany, politics and culture became one. His celebrity was cultivated and nurtured by Joseph Goebbels, Germany’s supreme head of culture. Hitler and Goebbels enjoyed the company of beautiful female film stars, and Goebbels had his own casting couch.” In Germany’s version of Hollywood, there were scandals, starlets, secret agents, premieres, and party politics. The Third Reich would launch filmmaker and actress Leni Riefenstahl to prominence by making her its own glorifying documentarian, most famously in The Triumph of the Will, the innovative propaganda film starring Hitler and widely considered to be one of the greatest movies ever made. It is no coincidence that Eva Braun, Hitler’s longtime partner and wife for the two days leading up to their joint suicide, was a photographer, and in fact shot most of the surviving photographs and film footage of her lover.

This book reveals previously unpublished information about the Hitler film,” which Goebbels envisaged as the greatest story ever told,” although it was ultimately trumped by the dictator’s own, real-life Wagnerian finale.

There is nothing new in pointing out Hitler’s passion for Wagner and how it influenced his sense of theatricality. What is new is the combination of this analysis with an account of what happened to the German film industry from 1933 to 1945.”Sunday Express

There is nothing new in pointing out Hitler’s passion for Wagner and how it influenced his sense of theatricality. What is new is the combination of this analysis with an account of what happened to the German film industry from 1933 to 1945.”Sunday Express