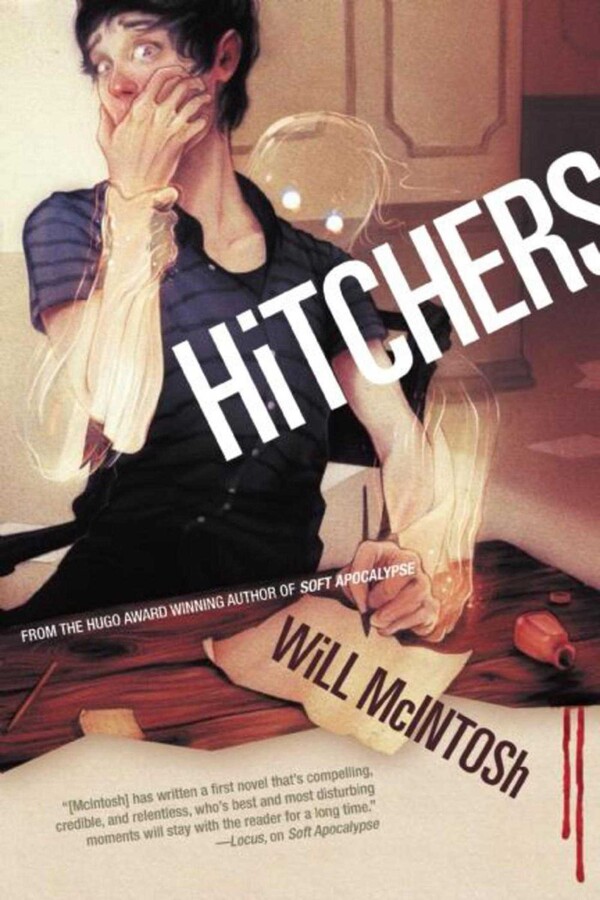 By Will McIntosh
LIST PRICE $14.99
PRICE MAY VARY BY RETAILER

Two years ago, on the same day but miles apart, Finn Darby lost two of the most important people in his life: his wife Lorena, struck by lightning on the banks of the Chattahoochee River, and his abusive, alcoholic grandfather, Tom Darby, creator of the long-running newspaper comic strip Toy Shop.

When a terrorist attack decimates Atlanta,killing half a million souls, Finn begins blurting things in a strange voice beyond his control. The voice says things only his grandfather could know. Countless other residents of Atlanta are suffering a similar bizarre affliction. Is it mass hysteria, or have the dead returned to possess the living?

Finn soon realizes he has a hitcher within his skin... his grandfather. And Grandpa isn’t terribly happy about the changes Finn has been making to Toy Shop. Together with a pair of possessed friends, an aging rock star and a waitress, Finn races against time to find a way to send the dead back to Deadland . . . or die trying.

By Will McIntosh
LIST PRICE $14.99
PRICE MAY VARY BY RETAILER

More books from this author: Will McIntosh