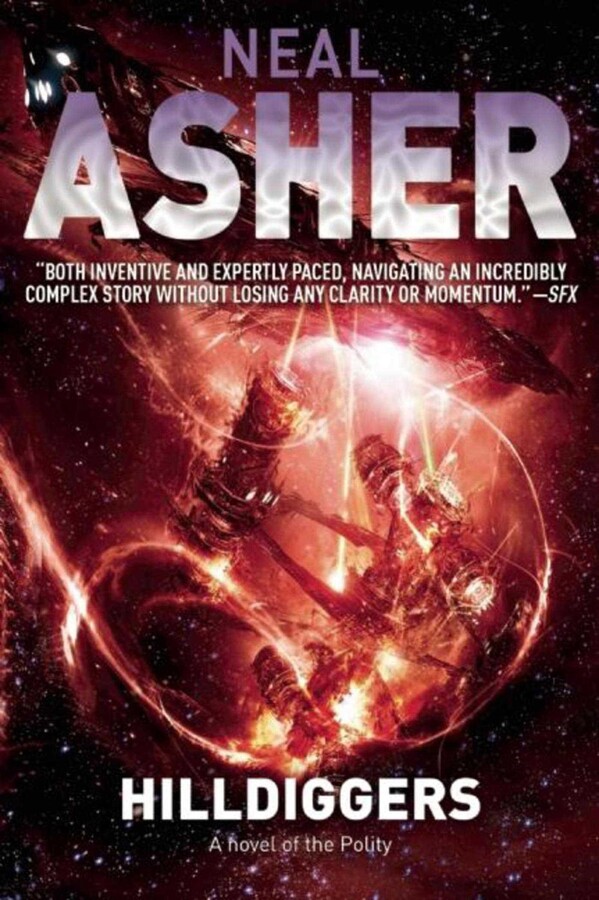 A terrible war once raged between the two rival planets within a distant solar system. In the midst of this merciless conflict, one side encountered a bizarre object suspected of being a cosmic superstring. When cut, the object collapsed into four parts, each found to be packed either with alien technology or some unknown form of life. Pending further study, the parts were quickly encased inside four separate storage containers, and sent to a massively secure space station in orbit.

Sometime later, while conducting research on one of the alien entities they now call the Worm,” a female scientist becomes pregnant and subsequently gives birth to quadruplets. She then inexplicably commits suicide by walking directly out into space.

The war was finally brought to an end by use of new weapons arising as a result of research of the Worm. These were employed by giant space dreadnoughts nicknamed hilldiggers,” and their destructive power created new mountain ranges out of the vanquished planet’s terrain. Twenty years after the dust has settled, those four exceptionally talented orphaned quadruplets have grown up to assume varying degrees of power and influence within a postwar society. But one of them now seems determined to gain total control over the deadly hilldiggers, to potentially devastating effect.