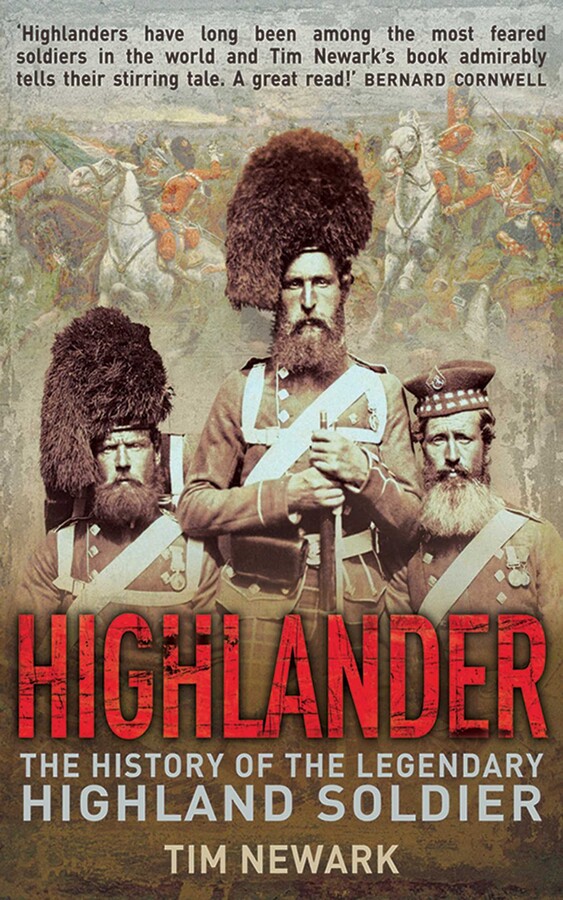 The History of the Legendary Highland Soldier

Acclaimed historian Tim Newark tells the story of the Highlanders through the words of the soldiers themselves, from diaries, letters, and journals uncovered from archives in Scotland and around the world. At the Battle of Quebec in 1759, only a few years after their defeat at Culloden, the 78th Highlanders faced down the French guns and turned the battle. At Waterloo, High- landers memorably fought alongside the Scots Greys against Napoleon’s feared Old Guard. In the Crimea, the thin red line stood firm against the charging Russian Hussars and saved the day at Balaclava.

Yet this story is also one of betrayal. At Quebec, General Wolfe remarked that, despite the Highlanders’ courage, it was no great mischief if they fall.” At Dunkirk in May 1940, the 51st Regiment was left to defend the SOE evacuation at St Valery; though following D-Day, the Highlanders were at the forefront of the fighting through France. It is all history, now: Over the last decade the historic regiments have been dismantled, despite widespread protest.

The History of the Legendary Highland Soldier