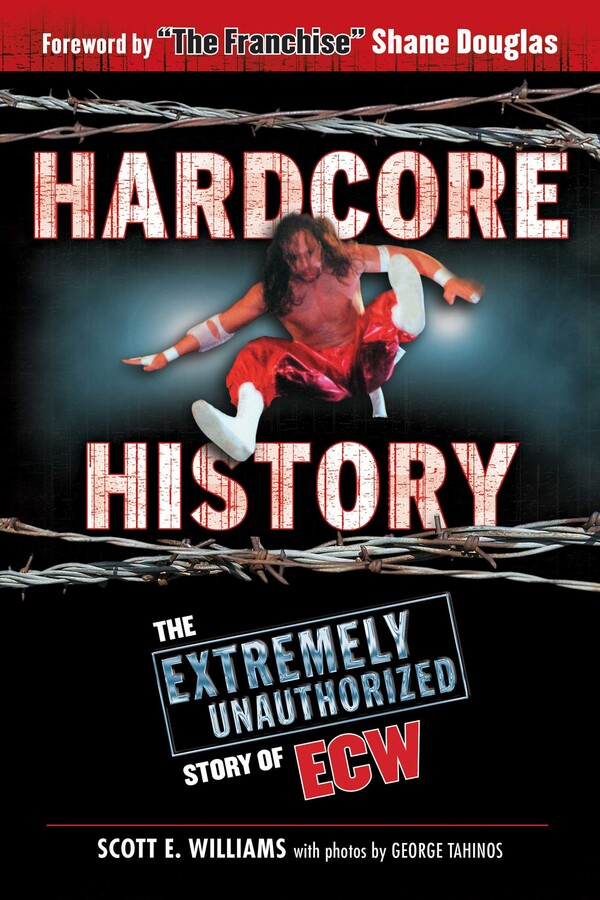 The Extremely Unauthorized Story of ECW

Extreme Championship Wrestling (ECW) was one extreme contradiction on top of another. An incredibly influentialbut never profitablecompany in the world of professional wrestling in the 1990s, it portrayed itself as the ultimate in anti-authority rebellion, but its leadership was working covertly with the World Wrestling Federation and the World Championship Wrestling. Most of all, it blurred the line between reality and the fantasy world of professional wrestling.

Hardcore History: The Extremely Unauthorized Story of ECW offers a frank, balanced look at the evolution of ECW starting before its early days as a Philadelphia-area independent group and extending past its death in 2001. Featuring dozens of interviews with fans, officials, business partners, and the wrestlers themselves, this is a very balanced account of this bizarre companyand it’s sure to be extremely controversial for fans and critics of ECW, and wrestling, alike.

The Extremely Unauthorized Story of ECW