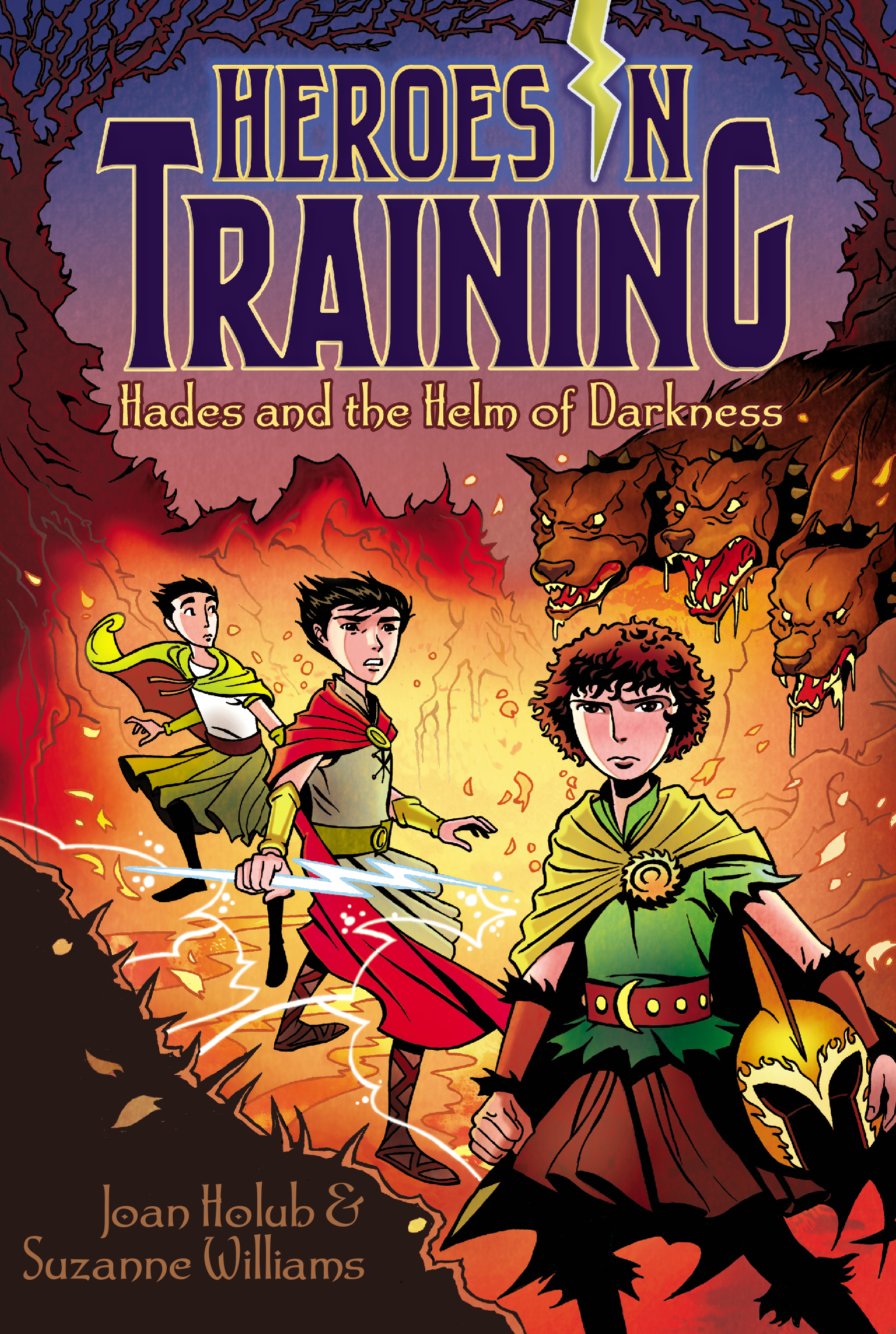 Book #3 of Heroes in Training
By Joan Holub and Suzanne Williams
Illustrated by Craig Phillips
LIST PRICE $6.99
PRICE MAY VARY BY RETAILER

The Heroes in Training are entering the Underworld—if Hades can conquer his canine fears, that is.

The Underworld usually isn’t really meant to be a fun place—but tell that to Hades! He loves the dark and the stinky smell of sulfur. However, there is one thing that Hades is not a fan of: dogs. And when Zeus and his fellow Olympians encounter Cerberus—a snarling, three-headed dog—Hades must conquer his fears and tame the hound so everyone can continue into the Underworld and deposit their Titan prisoner, Oceanus, back where he belongs!

But with magical water that causes forgetfulness, hot beds of lava, and another epic battle with two more Titans standing in their way, will Zeus and his heroes make it out of the Underworld with everyone intact?

CHAPTER ONE Stinky River Styx
Zeus, Poseidon, and Hades stood on a hill, gazing downward. A river wound like a snake through the gloomy valley below. It was all that stood between them and their goal—the Underworld.

Zeus sniffed the air, then wrinkled his nose. “P.U.! What is that stinky smell?”

Poseidon pointed toward the valley with the three-pronged end of his trident. “I think it’s that river.”

The river looked brown and sludgy. There was a giant sign by it that read: RIVER STYX.

Hades gazed happily at the river. “What are you guys talking about? I think it’s awesome!”

“You would, weirdo,” said Poseidon. “Well, you know what I think? I think there’s no way I’m going near that river. I think that oracle is crazy.”

Zeus knew he meant Pythia, the Oracle of Delphi. She’d sent them here to the Underworld on a quest. They were supposed to find the Helm of Darkness. Whatever that was. As usual, she hadn’t fully explained. She always seemed to expect them to figure these things out on their own.
Joan Holub

Book #3 of Heroes in Training
By Joan Holub and Suzanne Williams
Illustrated by Craig Phillips
LIST PRICE $6.99
PRICE MAY VARY BY RETAILER