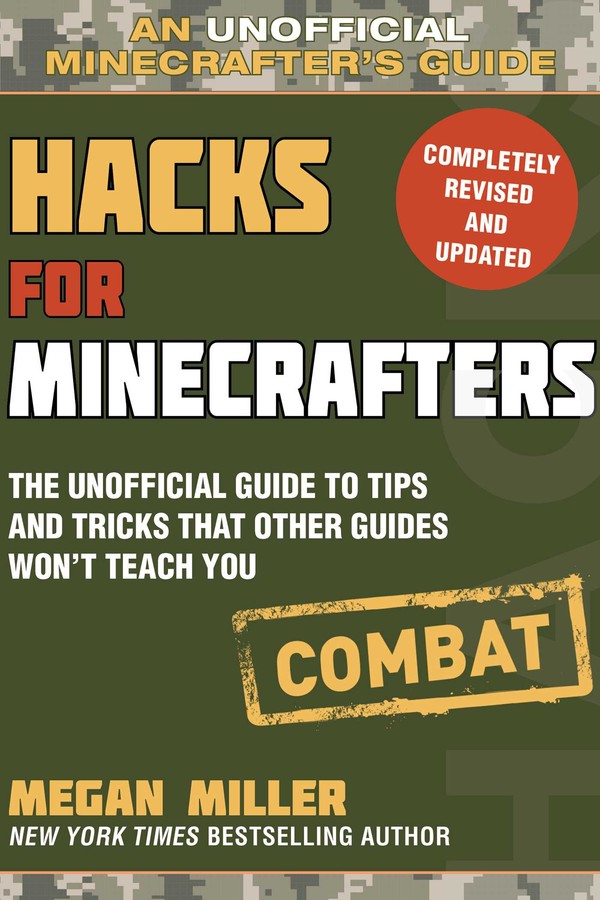 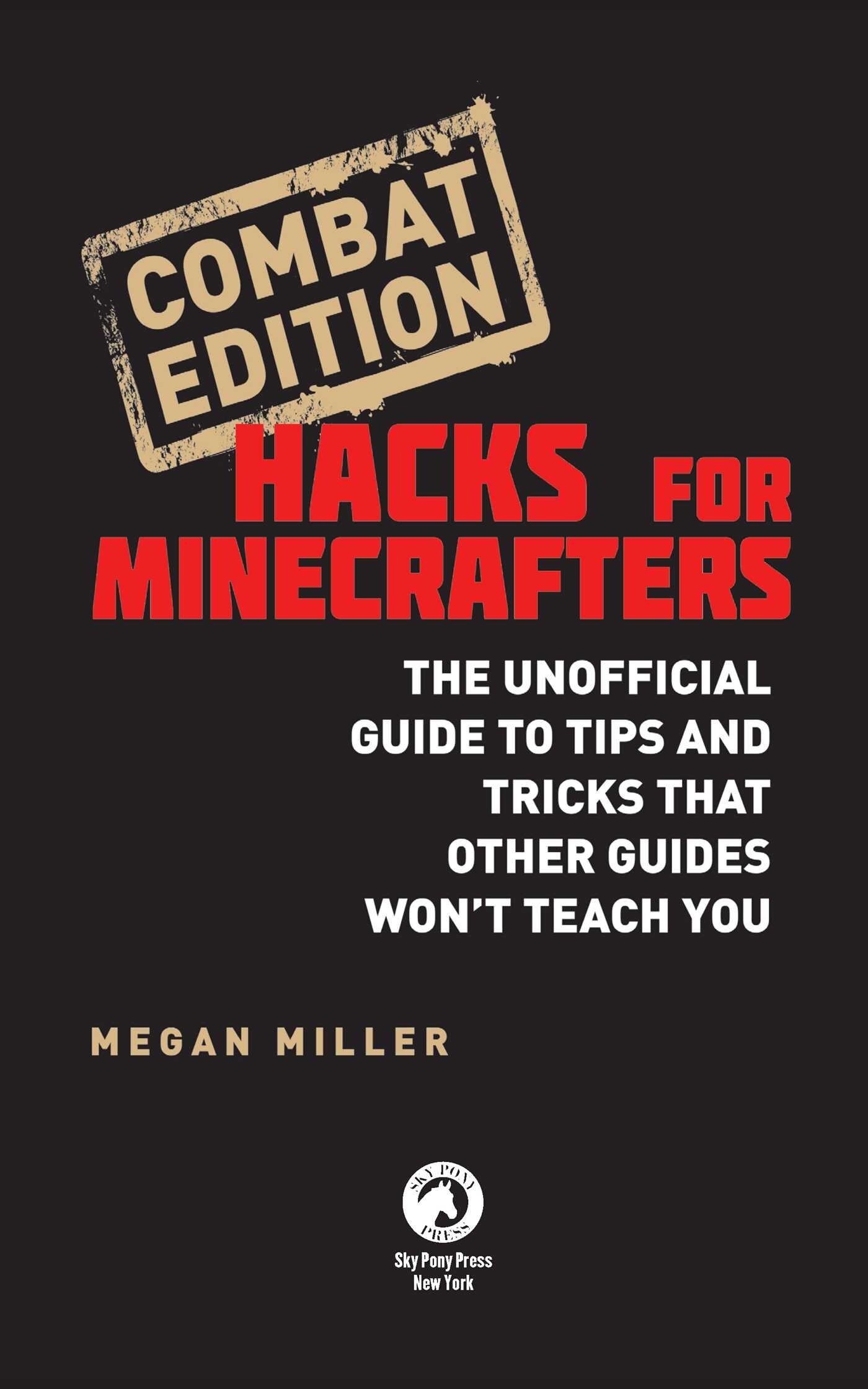 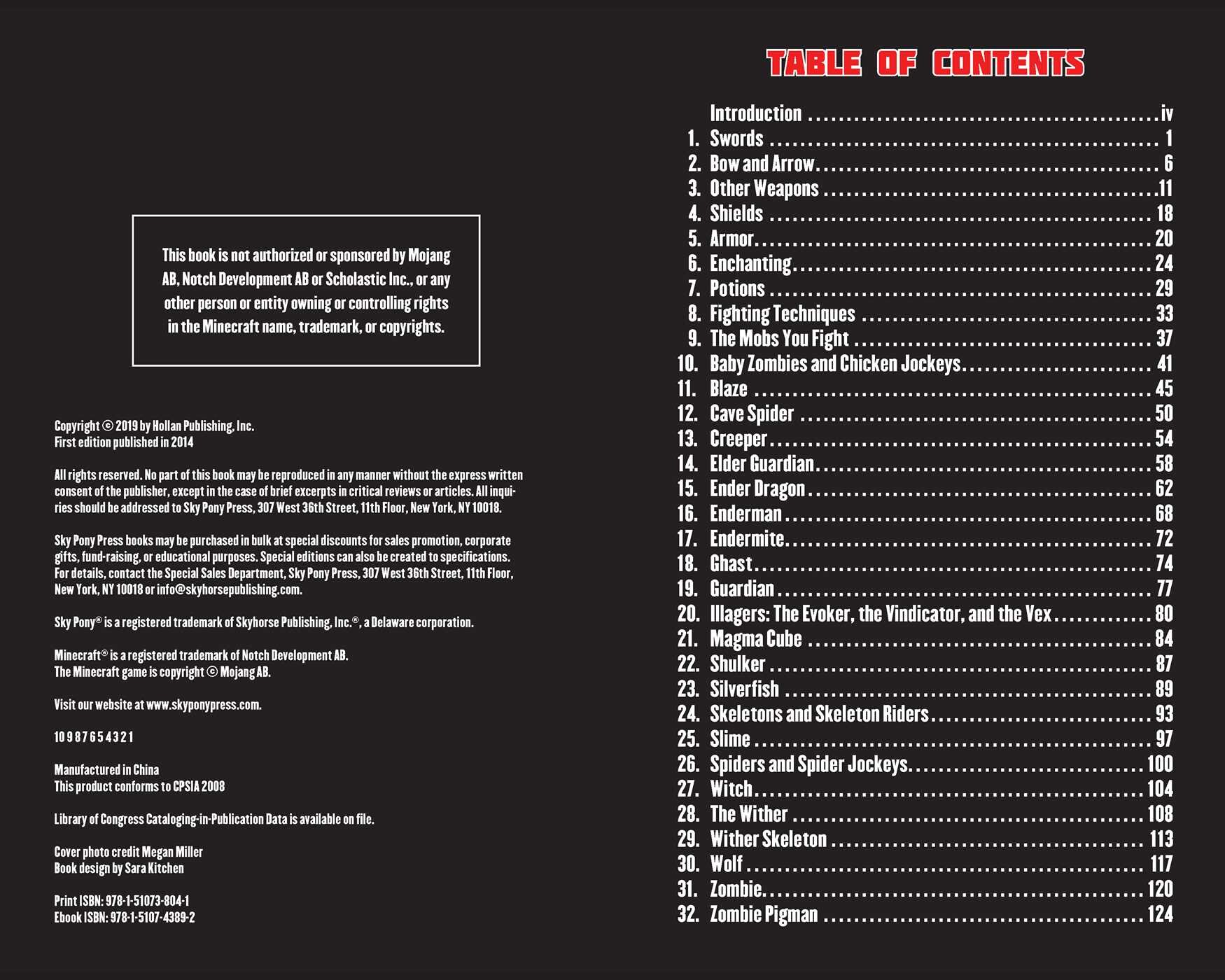 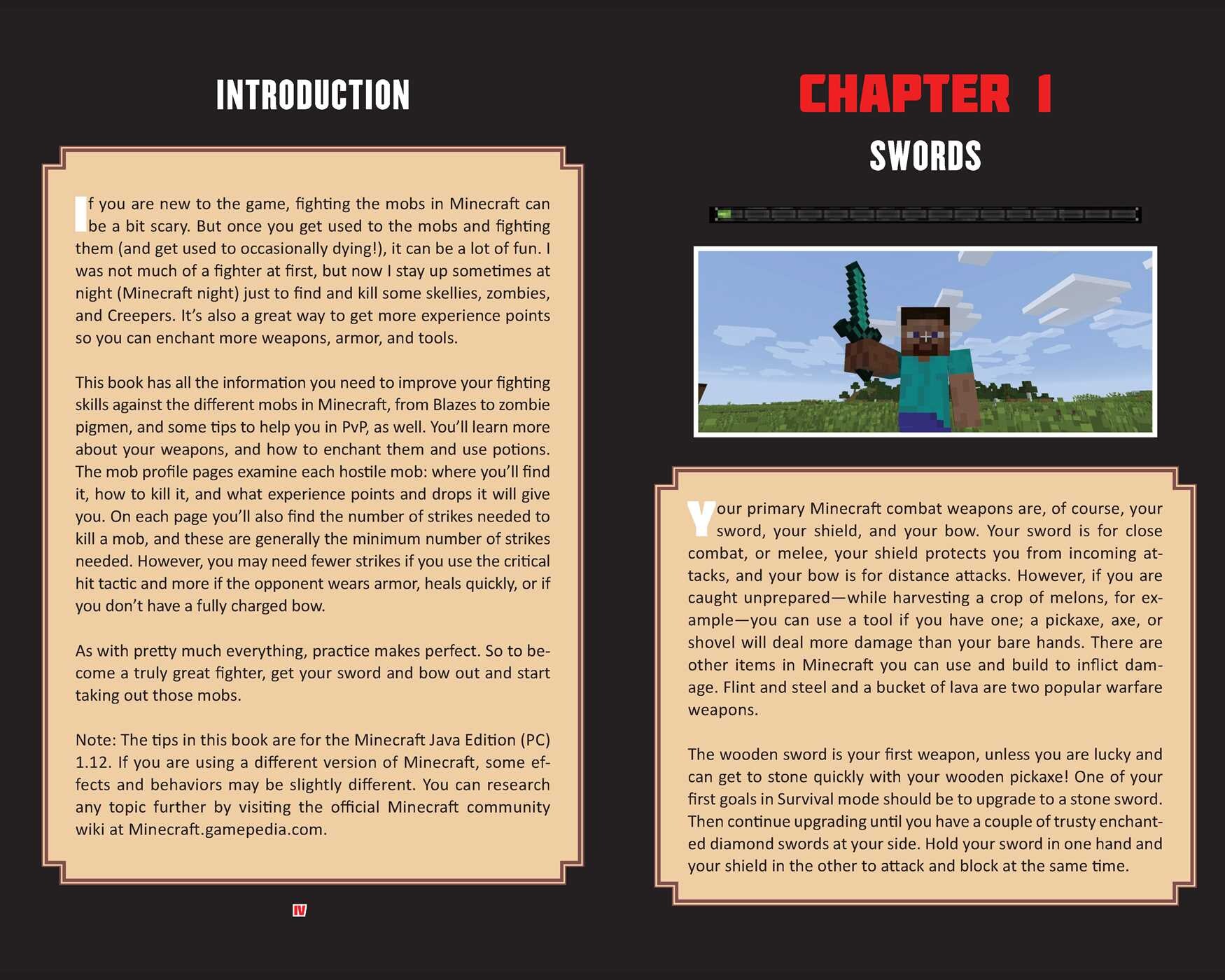 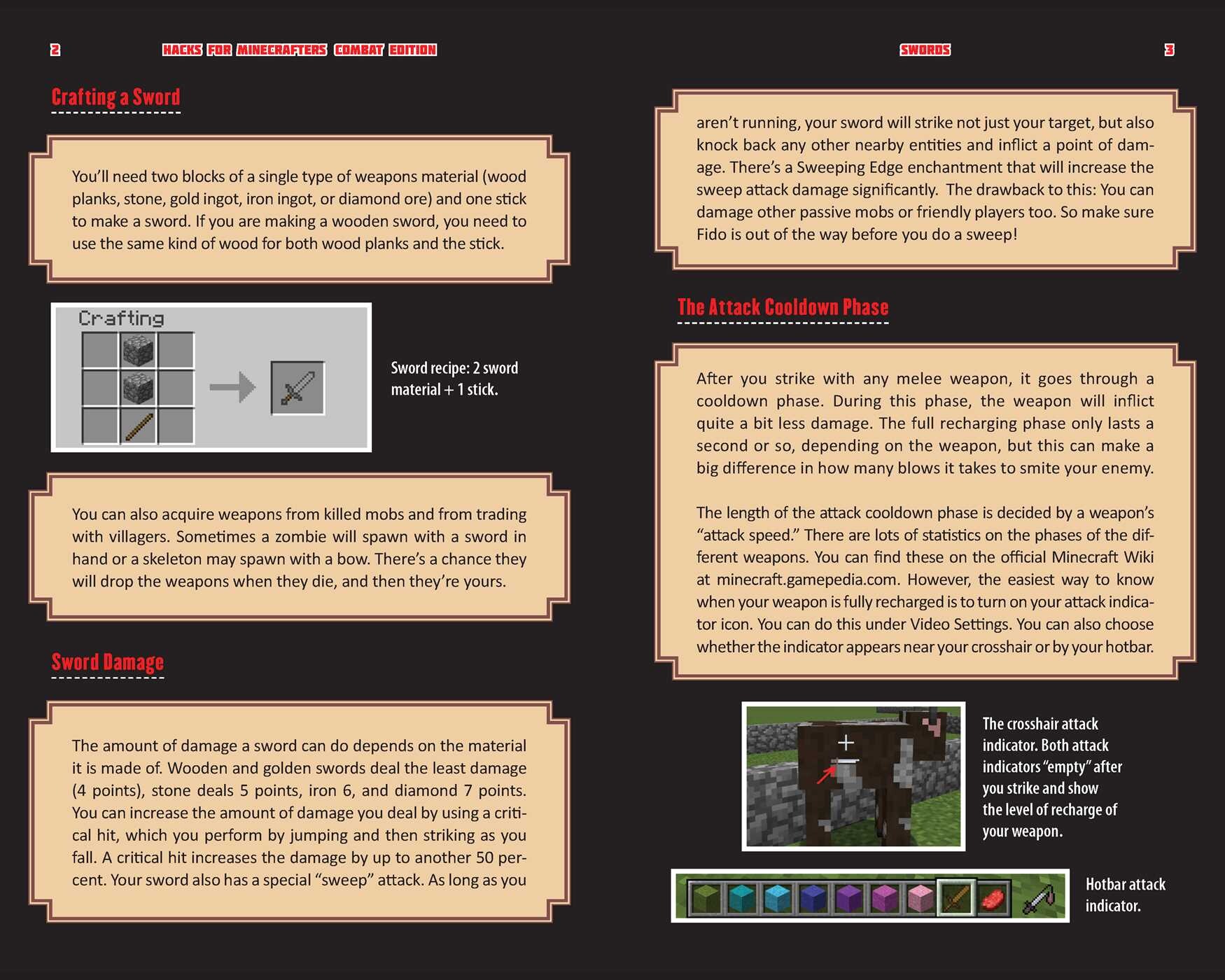 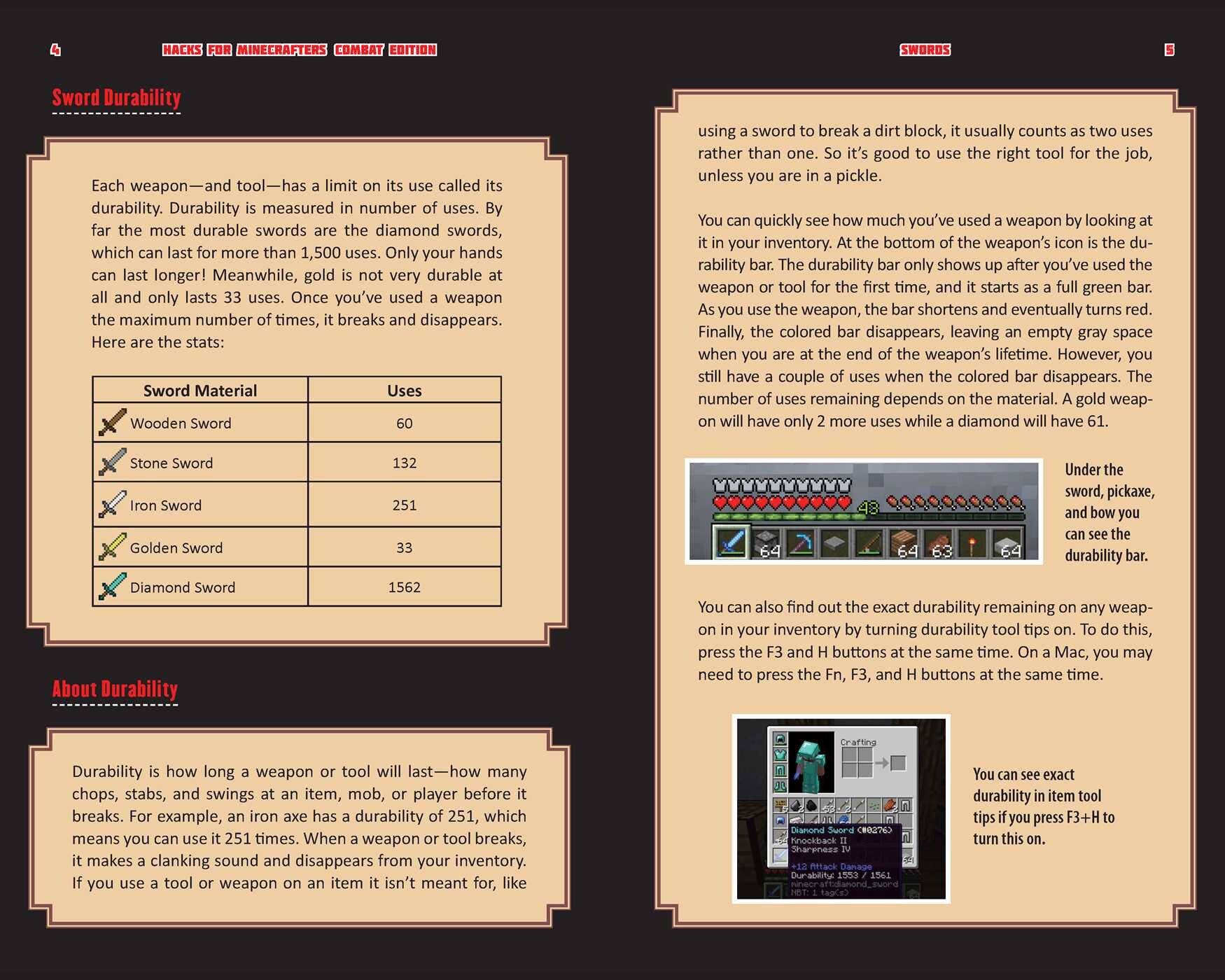 By Megan Miller
eBook
Trade Paperback Paper Over Board
LIST PRICE $7.99
PRICE MAY VARY BY RETAILER

With more than 100 million registered Minecraft accounts and rights picked up by Warner Brothers for an action-adventure film in the style of The Lego Movie, Minecraft is one of the world's biggest children's brands. While there are several successful game guides on the market already, Hacks for Minecrafters: Combat Edition is the first unofficial "hacker's" guide dedicated to combat and geared toward seven- to twelve-year-old Minecrafters. Now being released in paperback, Hacks for Minecrafters: Combat Edition has been updated for Minecraft 1.12, the World of Color update that added new function and crafting systems, illusioners, parrots, and building materials like glazed terracotta and concrete.

In Hacks for Minecrafters: Combat Edition, readers will learn how to defend their property and fight off hostile mobs and monsters like zombies, spiders, and skeletons! Other tips include:

Packed with expert tips, cheats, and hacks on fighting all types of enemies and with more than one hundred screenshots, Hacks for Minecrafters: Combat Edition shows exactly how the experts defend themselves and fight attackers, from cave spiders to creepers to zombie pigmen. In Minecraft, the risk of attack is ever-present, and players need to know how to build weapons, set traps, and escape to safety.

Megan Miller was born in Talara, Peru, and from there grew up in Miami, Barcelona, and the suburbs of London, England. She's also lived in Houston, Austin, NYC, the Hudson Valley, Kentucky, and finally New Mexico. She plays Minecraft daily, and has also spent many hours in the past with arcade game Centipede, the first Castle Wolfenstein shooters, the first color Mac space shooter Crystal Quest, The Sims, Sim City (1-3), City Skylines, Civilization, and more. You can contact her through her website, meganfmiller.com - (see you there!)

By Megan Miller
eBook
Trade Paperback Paper Over Board
LIST PRICE $7.99
PRICE MAY VARY BY RETAILER