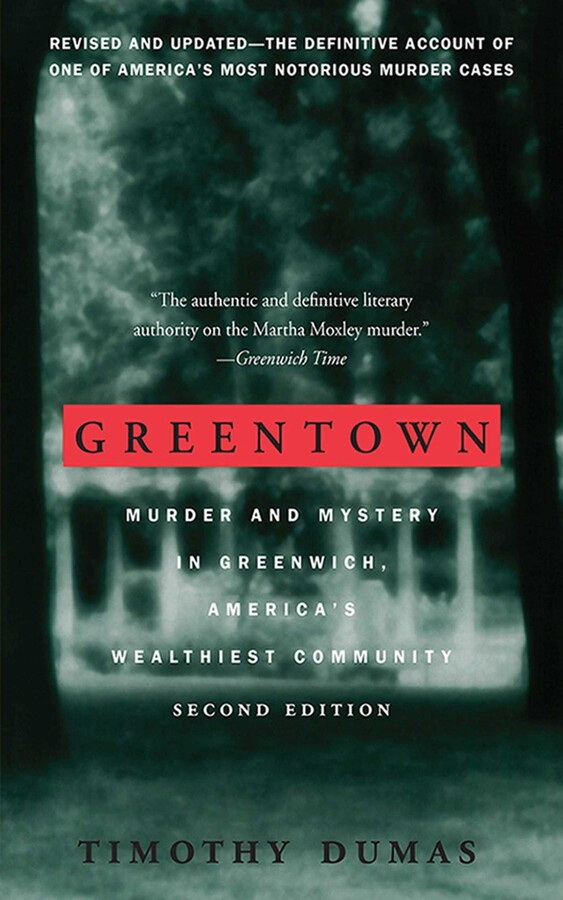 By Timothy Dumas
LIST PRICE $14.95
PRICE MAY VARY BY RETAILER

The first edition of Greentown helped reopen one of America’s most shameful unsolved murder cases, the savage slaying of fifteen-year-old Martha Moxley in an exclusive enclave of Greenwich, Connecticut, the night before Halloween 1975. Soon after Martha’s body was discovered, attention focused on members of the Skakel family, who lived across the street from the Moxleys. Ethel Skakel and Robert Kennedy had married in Greenwich, and the two families were close. Thomas Skakel, Ethel’s nephew, was the last known person to see Martha alive. The murder weapon, a ladies’ golf club, came from the Skakel household. When the Greenwich police tried to pursue its investigation, however, the community closed in upon itself. Lawyers were summoned, walls went up, information was suppressed, and no one was charged. And yet, continuing to haunt Greenwich, the case refused to go away—until, twenty-three years later, following the publication of this book, a grand jury was convened, and two years after that a man—Thomas’s brother Michael—was finally indicted for the crime.

This revised edition now brings the Martha Moxley murder case to a close. Updated to include the indictment, trial, and conviction of the murderer, Greentown offers the suspenseful and chilling account of a terrible crime. More than that, while relating a tale of seductive power, it uses the murder to tell the heartrending story of a family and a community responding to the unthinkable.

By Timothy Dumas
LIST PRICE $14.95
PRICE MAY VARY BY RETAILER