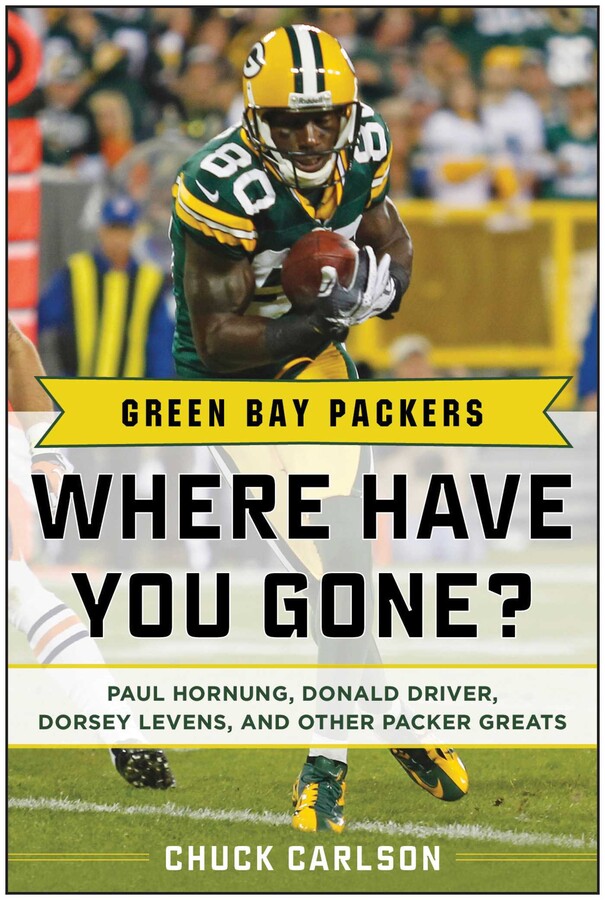 Part of Where Have You Gone?
By Chuck Carlson
LIST PRICE $16.99
PRICE MAY VARY BY RETAILER

With a few exceptions, there is little else that is more important to the typical resident of Wisconsin than the Green Bay Packers. These fans will endure an Arctic freeze, a torrential downpour, or a sweltering August night to watch their beloved Packers. As the famed Lambeau Leap symbolizes, players have never been mere numbers to the faithful. Instead, fans literally embrace Packers like members of their extended families.

Green Bay Packers: Where Have You Gone? takes an informative stroll down memory lane and includes many of the players who have made being a Packers fan so much fun in Wisconsin and beyond. From Paul Hornung to Dorsey Levens, Willie Davis to Ahman Green, Jim Taylor to Donald Driver, Jerry Kramer to Brett Favre, the book looks not only at the playing careers of many former Packers, but also their lives after their playing days ended.

The book reveals fascinating behind-the-scenes stories from four decades of Packers football. It also tests the most fanatic fan’s knowledge of team historymost of whom would be hard pressed to name the player gave up his number when Reggie White came on board in Green Bay. Trivia buffs will also be challenged to name the quarterback who got his chance to start even after Don Majkowski set the league on fire the season before.

Chuck Carlson was a sports writer/columnistfor more than 30 years with newspapers in Virginia, Maryland, Washington, Illinois Nevada, and Wisconsin. He spent eleven years covering the Green Bay Packers for the Appleton Post-Crescent and this is his tenth book on the Packers. He is now director of media relations for Albion College in Michigan and he lives in Marshall, Michigan.

Part of Where Have You Gone?
By Chuck Carlson
LIST PRICE $16.99
PRICE MAY VARY BY RETAILER