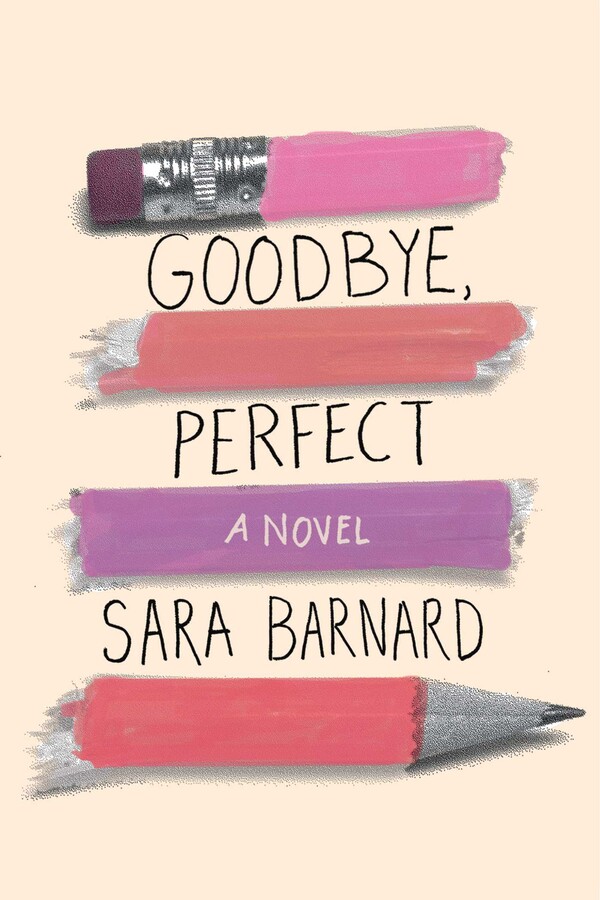 By Sara Barnard
LIST PRICE $9.99
PRICE MAY VARY BY RETAILER

Winner of The Bookseller’s YA Book Prize

Friendship bonds are tested and the very nature of loyalty is questioned in this lyrical novel about a teen whose best friend runs away with her teacher after suffering the effects of too much academic pressure. Perfect for fans of Morgan Matson and Jennifer Niven.

Eden McKinley knows she can’t count on much in this world, but she can depend on Bonnie, her solid, steady, straight-A best friend. So it’s a bit of a surprise when Bonnie runs away with the boyfriend Eden knows nothing about five days before the start of their final exams. Especially when the police arrive on her doorstep and Eden finds out that Bonnie’s boyfriend is actually their music teacher, Mr. Cohn.

Sworn to secrecy and bound by loyalty, only Eden knows Bonnie’s location, and that’s the way it has to stay. There’s no way she’s betraying her best friend. Not even when she’s faced with police questioning, suspicious parents, and her own growing doubts.

As the days pass and things begin to unravel, Eden is forced to question everything she thought she knew about the world, her best friend, and herself. In this touching and insightful novel, bestselling author Sara Barnard explores just what can happen when the pressure one faces to be “perfect” leads to drastic fallout. 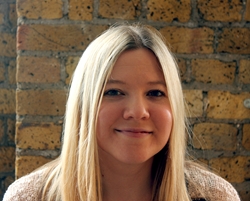 Sara Barnard is the author of Fragile Like Us; A Quiet Kind of Thunder; Goodbye, Perfect; and Destination Anywhere. She lives in Brighton, England, with her husband and their grumpy cat. She studied American literature with creative writing at university and never stopped reading YA. She has lived in Canada, interrailed through Europe, and once spent the night in an ice hotel. She thinks sad books are good for the soul and happy books lift the heart. She hopes to write lots of books that do both.

Eden promised her best friend she'd keep her secret. From the moment they met, when Eden, a British girl of "indeterminate-but-not-quite-white-enough" appearance, was 7 and the new girl at school with a new foster family, white, bright, confident Bonnie has been her best friend, her port of safety, the steady counterpart to her wild side. Now Eden's 16, adopted by loving parents along with her biological younger sister and with a seemingly perfect older adoptive one. On the eve of their stressful GCSE exams, Bonnie, 15, sends Eden a text—she's run off with her boyfriend, Jack, whom Eden has not only never met, but has suspected of being imaginary. Turns out Jack is Mr. Cohn, their 29-year-old music teacher, and Bonnie's been having sex with him for months. Eden is horrified. But the only way she knows to repay Bonnie for her friendship is to stay silent, as days drag on and Bonnie continues to email Eden. Told entirely from Eden's complex, lovely point-of-view, the novel never explains Bonnie or her actions. Rather, it uses Bonnie's flight as a jumping-off point to explore Eden's ideas about perfection, love, and her places in her family and the world. Eden's healthy relationship with "sweet, quiet, and drama-free" boyfriend Connor is beautifully drawn, as is her growing realization that Bonnie's "good" background gives her leeway and sympathy Eden herself would never receive. Nuanced, compelling, honest, and important. (Fiction. 14-18)

Eden is shocked to the core to find that her overachieving best friend, Bonnie, has run away; all she knows is that Bonnie has claimed recently to have a secret boyfriend, Jack, and Eden’s further flabbergasted when it’s revealed that Jack is the school music teacher and he and Bonnie have disappeared together. As the hunt for fifteen-year-old Bonnie ramps up, Eden receives cheerful texts from the happy fugitive, which she keeps secret out of loyalty. She’s increasingly distressed, however, by what she didn’t know about her best friend and by her friend’s seeming disregard for everyone else in her life, and she decides it’s up to her to bring Bonnie home. This British import offers an enticingly dramatic story, and the book explores serious aspects of the situation without robbing it of juice. Eden, for instance, is an older adoptee who’s deliberately estranged from her drug-using birth mother, and an indifferent student whose friendship with head prefect Bonnie mystifies teachers; she’s also deeply realistic in her failure to see when she crosses the jackass line (“I was the one lighting all the fires and acting surprised when they blew up in my face”). The book additionally interrogates issues of culpability and consent when it comes to the relationship between a teacher and a student, the publicly perceived divisions between “good” girls like Bonnie and the rest, and the human tendency to assume we know people when we’ve largely colored in the picture ourselves. The result is a highly booktalkable work with some provocative questions about virtue and girlhood that should speak to a host of young readers.

By Sara Barnard
LIST PRICE $9.99
PRICE MAY VARY BY RETAILER