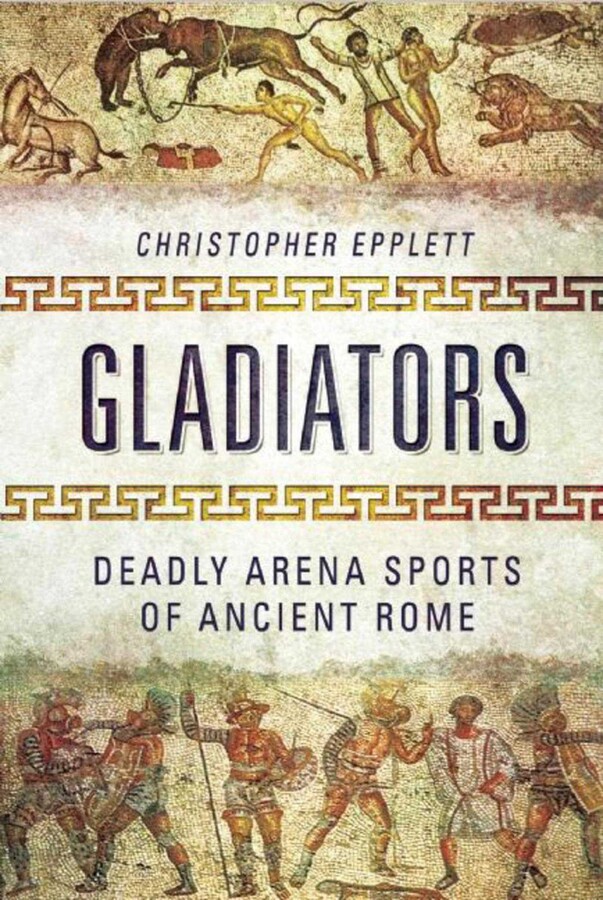 A history of gladiatorswith an added bite!

It’s hard for modern readers to truly grasp the spectacle that was arena sports in ancient Rome, which pitted man against man and man against beast in mortal combat. Our modern games of football and hockey, or even boxing and MMA, truly pale in comparison. The Gladiators is a comprehensive survey of these ancient sports, focusing on gladiatorial combat and the beast hunts (venationes). While many books have been written on arena spectacles in ancient Rome, they generally neglect the venationes, despite the fact that the beast hunts, of various dangerous wild animals (including lions, tigers, elephants, and rhinos), were almost as popular as gladiatorial spectacles and endured over a longer period of time. Dr. Christopher Epplett gives a full and detailed treatment of both types of spectacle.

The author starts by explaining the origins of these bloody combat sports in the late Roman Republic before surveying the growth of these events during the first two centuries of the Empire, when emperors possessed the resources to stage arena spectacles on an unmatched scale. The details of the training, equipment, and fighting styles used by different types of combatants are covered, as are the infrastructure of the arenas and behind-the-scenes organization that was essential to the successful staging of arena events. Particular attention is paid to the procurement of the countless wild animals necessary to stage venationes throughout the Empire. A gladiator book with added bite, The Gladiators is sure to be welcomed by scholars and general readers alike.