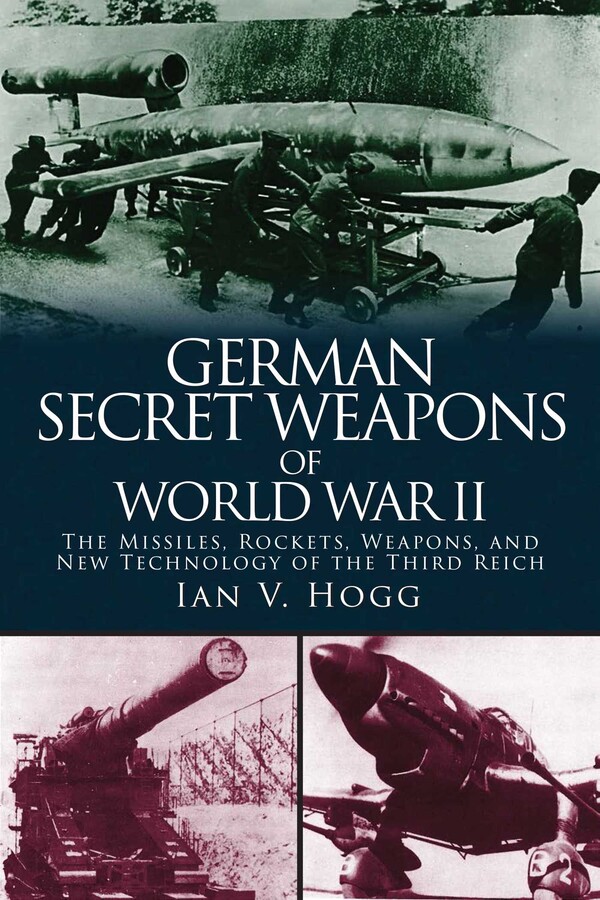 Hitler’s regime was notorious for its many experiments and its various secret ploys, weapons, and technological developments. But typically, the term secret German weapons” only turns up images of the V-1 and V-2 missiles that played a part in bombing London in 1944. But truth be told, there were many more unheard of weapons behind the Third Reich. Many of these weapons have been unknown to the general public.

Here, one of the world’s leading experts on weaponry, reveals the sheer magnitude of Hitler’s secret weapon projects, from the V-3 and the V-4 missiles, to the Schmetterling, to the German nuclear bomb, and more. This detailed account of the myths surrounding secret German weapons examines the various fields the Germans concentrated on during their weapon development process and discusses difficulties that arrived in the process and how, in many cases, the ideas were exploited by other nations.

German Secret Weapons of the Second World War draws comparisons between similar Allied projects and narrates the deeper purpose behind many of these projects. Many of these developments were not completed before the end of the war, but have created a solid foundation for many of today’s great military developments.