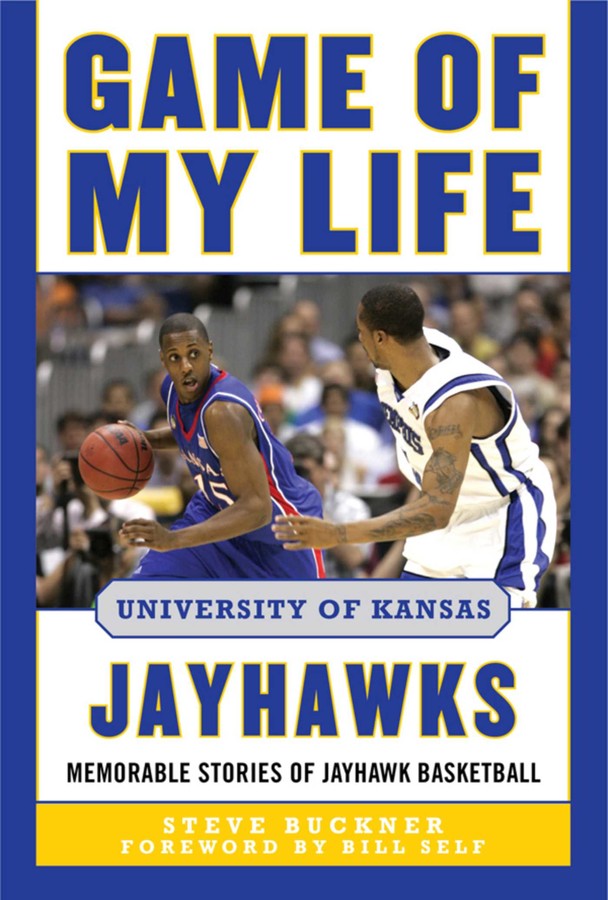 Game of My Life University of Kansas Jayhawks

Part of Game of My Life
By Steve Buckner
Foreword by Bill Self
LIST PRICE $15.99
PRICE MAY VARY BY RETAILER

The night of April 4, 1988 will forever live in the hearts of fans of Jayhawks basketball. On that night, the Jayhawks and their fans raucously celebrated the team’s first national title since 1952. This game for the ages is one of 22 contests joyously recalled in this reissue of Steve Buckner’s Game of My Life Kansas Jayhawks.

For fans of the Kansas Jayhawks, Game of My Life is a fabulous stroll down memory lane in which several Jayhawks basketball legends detail the events that culminated in the game of their lives. Players from the 1988 NCAA Championship squad share their insights into the collective game of their lives, as well as the defeat of rival Oklahoma in the national championship game. Former players featured include Mark Turgeon, Drew Gooden, Steve Woodberry, Paul Pierce, Nick Collison, Rex Walters, Mario Chalmers, and Kirk Hinrich, along with former coach Larry Brown and many more legends.

Game of My Life University of Kansas Jayhawks

Part of Game of My Life
By Steve Buckner
Foreword by Bill Self
LIST PRICE $15.99
PRICE MAY VARY BY RETAILER