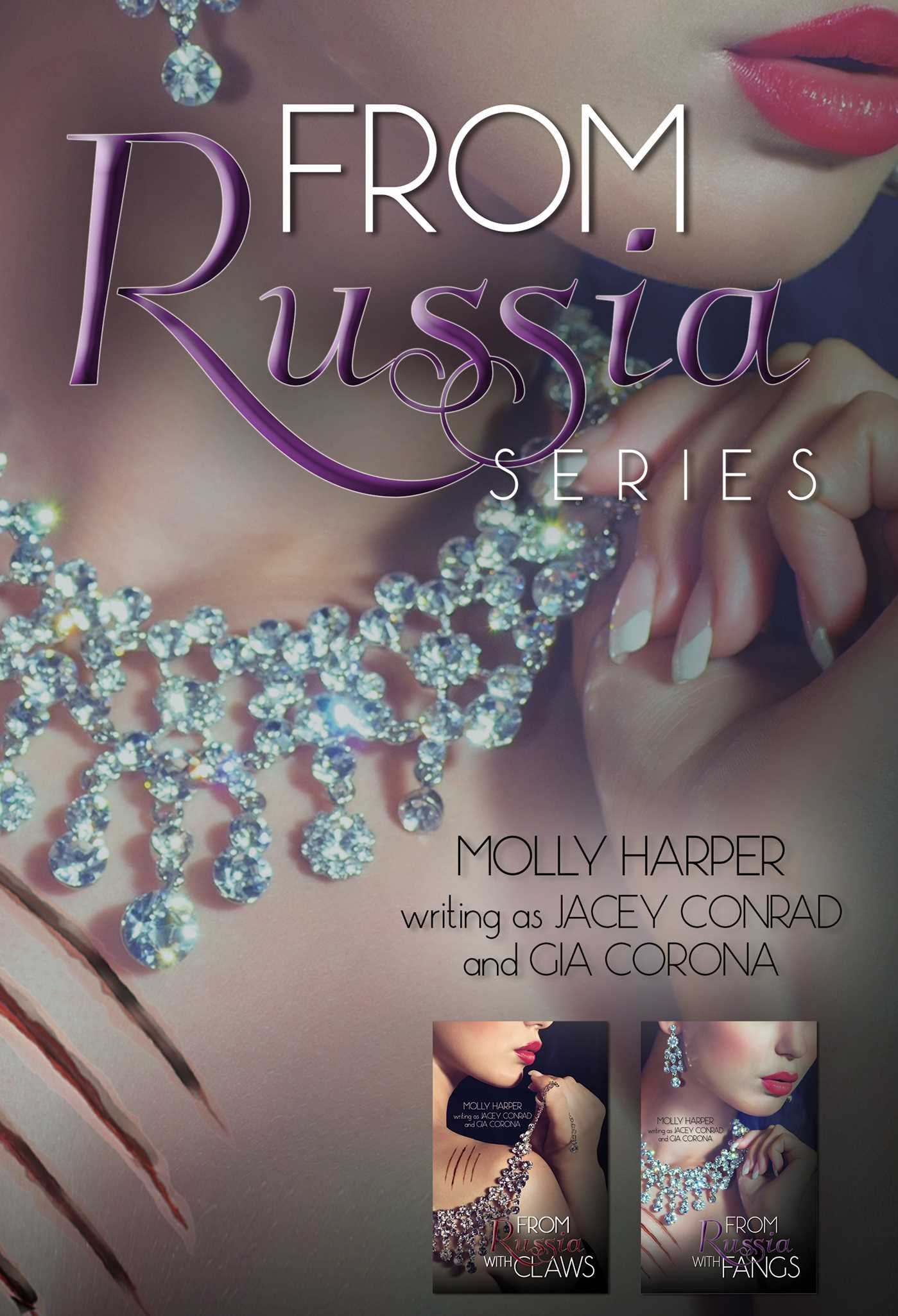 Now you can get both books in this fun and sexy series.

From Russia With Claws - When Alpha female Galina Sudenko agreed to attend her distant cousin’s birthday party, she wasn’t counting on meeting the devastatingly handsome and powerful Rom Alpha, Andrey Lupesco, or having her sexy times with him interrupted by the murder of her idiot brother-in-law, Sergei. But such is life when your father is one of the most powerful werewolves within Seattle’s supernatural Russian organized crime syndicate.

Not content with being just a pretty face and good breeding stock, Galina sets out to make her mark within the family. But in doing so, she runs afoul of her eldest brother, Alexei, the heir apparent to the family dynasty. He has no intention of ceding his position without a fight.

Andrey and Galina’s burgeoning romance is threatened when she discovers that before his death, Irina’s husband, Sergei, hijacked Andrey’s shipment of the werewolf drug, Bullet, a synthetic drug that gives the supernatural creatures a cocaine-like high.  Sergei’s theft means that Andrey had a reason to have Sergei killed, leaving Galina to decide whether to risk trusting Andrey even as her feelings for him deepen.

As her brother Alexei’s behavior becomes more erratic, Galina must find the missing shipment, prove to her family that she’ll be a capable leader, and decide whether her lover Andrey can be trusted before she can hope to challenge her brother for his position as head of the family.

A tale full of sexy werewolves, forbidden love, family power struggles, and danger closing in, Gia Corona and Jacey Conrad's From Russia With Claws will leave you howling for more!

From Russia With Fangs -

Between her family’s drunken antics and vicious verbal attacks from her so-called friends, Irina Sudenko Volkov is having the worst night ever. And that’s before she’s widowed.

Volatile, cheating, no-good Sergei’s death-by-assassin unleashes chaos in the werewolf criminal underground. Irina's panicked Papa assigns Beta wolf Viktor Zhukovsky to Irina’s security detail until her husband’s killer is found. As Irina's world crumbles around her, the perfect princess mask falls away and Viktor meets the sharp, passionate woman underneath. Their initial chemistry gives way to a deeper attraction when Irina begins to see the decency underneath Viktor’s gruff, tattooed exterior, despite his insistence that it doesn't exist.

Their tendency to find themselves semi-nude and in enclosed spaces is a source of amusement to her sister, Galina, but each of them knows of the deadly consequences if their relationship is brought to light. Things get even more complicated when Papa Sudenko begins to match-make Irina and Andrey Lupesco, who also happens to be in a secret relationship with Galina. Family dinners are awkward. With danger closing in on all sides, Irina has to find her claws and learn to howl.

In the much-anticipated sequel to From Russia with Claws, readers get a new perspective of the lusty exploits of the untameable Sudenko family. Gia Corona and Jacey Conrad craft a delightful tale of the anything-but-average human Irina and the libidinous lycanthropes in her life.