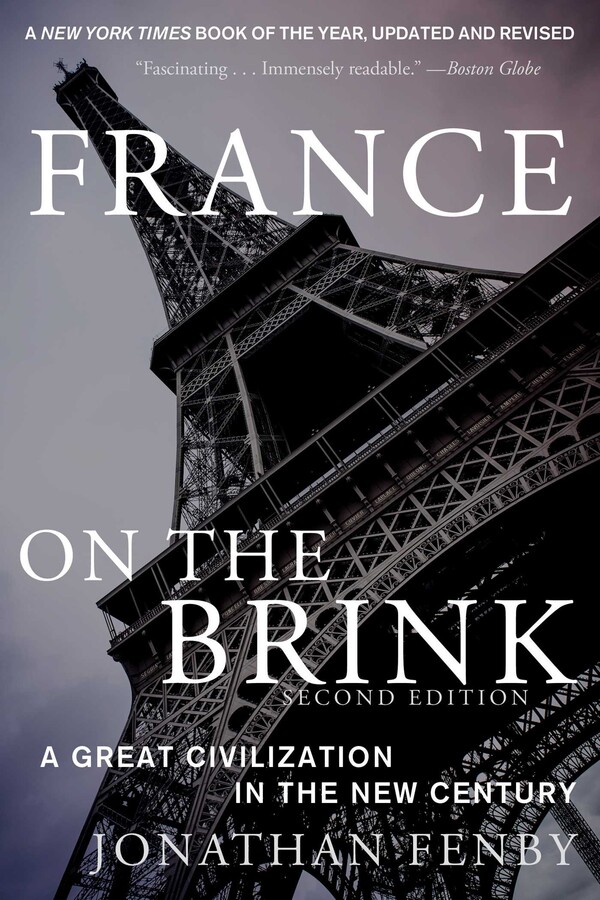 This completely revised and fully updated edition of the book Bill Bryson called superb” presents a sharply insightful, authoritative portrait of France today as it struggles to live up to its vision of itself amid storm clouds that won’t go away.

France on the Brink was chosen as a New York Times book of the year and hailed by the Wall Street Journal as a comprehensive and entertaining diagnosis of what ails French society” when the first edition was published at the turn of the century. Since then, the crisis enveloping France has only worsened, and this second edition, completely revamped to cover the developments of the past fifteen years, offers a fresh assessment of where the nation stands. New chapters chart political developments under Presidents Chirac, Sarkozy, and Hollande; the rise of the hard right National Front; and the unrelenting economic woes that have led to unprecedented levels of disillusion and fragmentation. The country’s social evolution is covered comprehensively, with description and analysis of urban and rural life, regional divisions, tensions over immigration and the fading of the symbols that denoted France’s greatness.

High unemployment, an archaic economic system, a self-selecting governing class unable to handle serious problems, and a debilitating clash between individualism and the powerful state machine that was built on a foundation reaching back to the Revolution of 1789 continue to plague the nation, making it less able than ever to fulfill its role as a world leader. The economic crisis and the European Union’s ongoing fiscal instability, as well as a parade of scandals at the top, have left it weaker than ever halfway into the second decade of the new century.

Jonathan Fenby has covered France for fifty years. In this new edition, he offers a loving though candid and unvarnished picture of the nation, contrasting its glorious past with current realities. He explores not only the problems and the challenges but also the opportunities that lie ahead if only its political class can finally face realityand carry the people along with them. Filled with contemporary and historical anecdotes, France on the Brink depicts the many contradictory aspects of the world’s most complex, seductive, and sometimes infuriating country, and will give even the most knowledgeable Francophile plenty to think about.

The most comprehensive and entertaining tour [of France] to appear in a long time . . . A searching diagnosis for what ails French society.”Wall Street Journal

The most comprehensive and entertaining tour [of France] to appear in a long time . . . A searching diagnosis for what ails French society.”Wall Street Journal