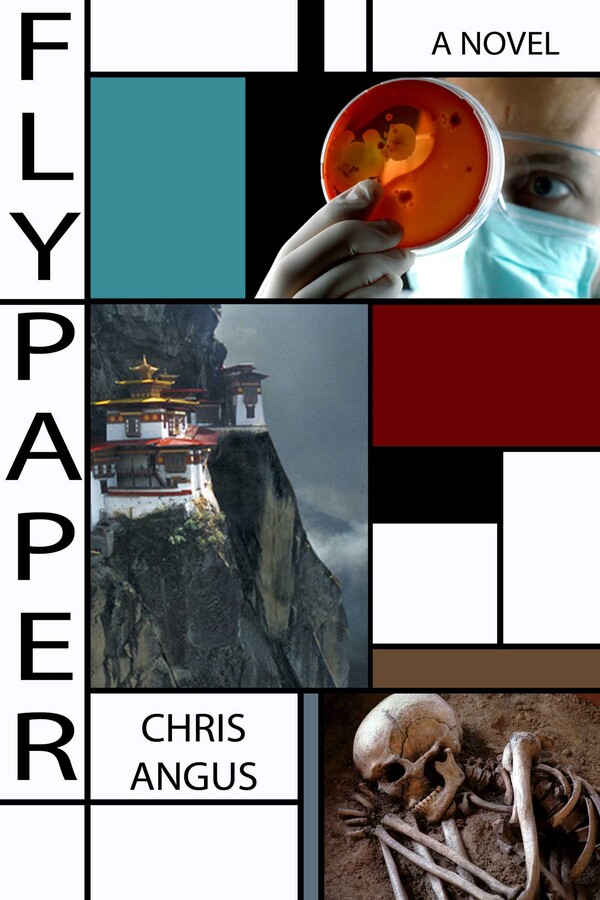 By Chris Angus
LIST PRICE $10.99
PRICE MAY VARY BY RETAILER

Ebola, Coronavirus, and SARS, have frightened the world. How would we fight a deadly disease that comes from beyond planet Earth?

When a 2,000-year-old mummy is unearthed in central China, investigators from all over the world fly in to Washington, DC, for a top secret meeting, hoping to find an answer to its mysterious genetic anomalies.

But the scientists may have mistakenly released a new, deadly disease of extraterrestrial origins in the process of examining the genetic markers of the ancient mummy. The devastating human error causes a worldwide plague—one that penetrates the barriers of the human immune system. Sino expert Eric Logan and archaeologist Dr. Marcia Kessler lead an expedition back to the icy glaciers of China to extract a much older 20,000-year-old mummy, which could help them formulate a cure. Even as they embark on their mission, the strange illness afflicts the people around them, turning men into mindless monsters.

The team retreats to a remote Buddhist monastery and must hold off a vicious army of victims. As they wrestle with the possibility that they may be the last living humans on earth, someone finds an ancient burial object that may hold the key to ending the apocalyptic epidemic . . .

Chris Angus is the author of several works of nonfiction and is also a newspaper columnist. He has published more than four hundred essays, articles, book introductions, columns, and reviews in a wide variety of publications, including the New York Times, the Albany Times-Union, Adirondack Life, American Forests, Wordsworth American Classics, Adirondack Explorer, and many more. Angus lives in Canton, New York.

From remote, ancient Chinese monasteries to LAX airport, the White House, and the Adirondacks, the human race is threatened with extinction by a mysterious, fast-spreading pandemic. Only a small group of scientists and adventurers may have a way to save humanity. Will they be on time?” Neal Burdick, author of Adirondack Reflections

From remote, ancient Chinese monasteries to LAX airport, the White House, and the Adirondacks, the human race is threatened with extinction by a mysterious, fast-spreading pandemic. Only a small group of scientists and adventurers may have a way to save humanity. Will they be on time?” Neal Burdick, author of Adirondack Reflections

By Chris Angus
LIST PRICE $10.99
PRICE MAY VARY BY RETAILER