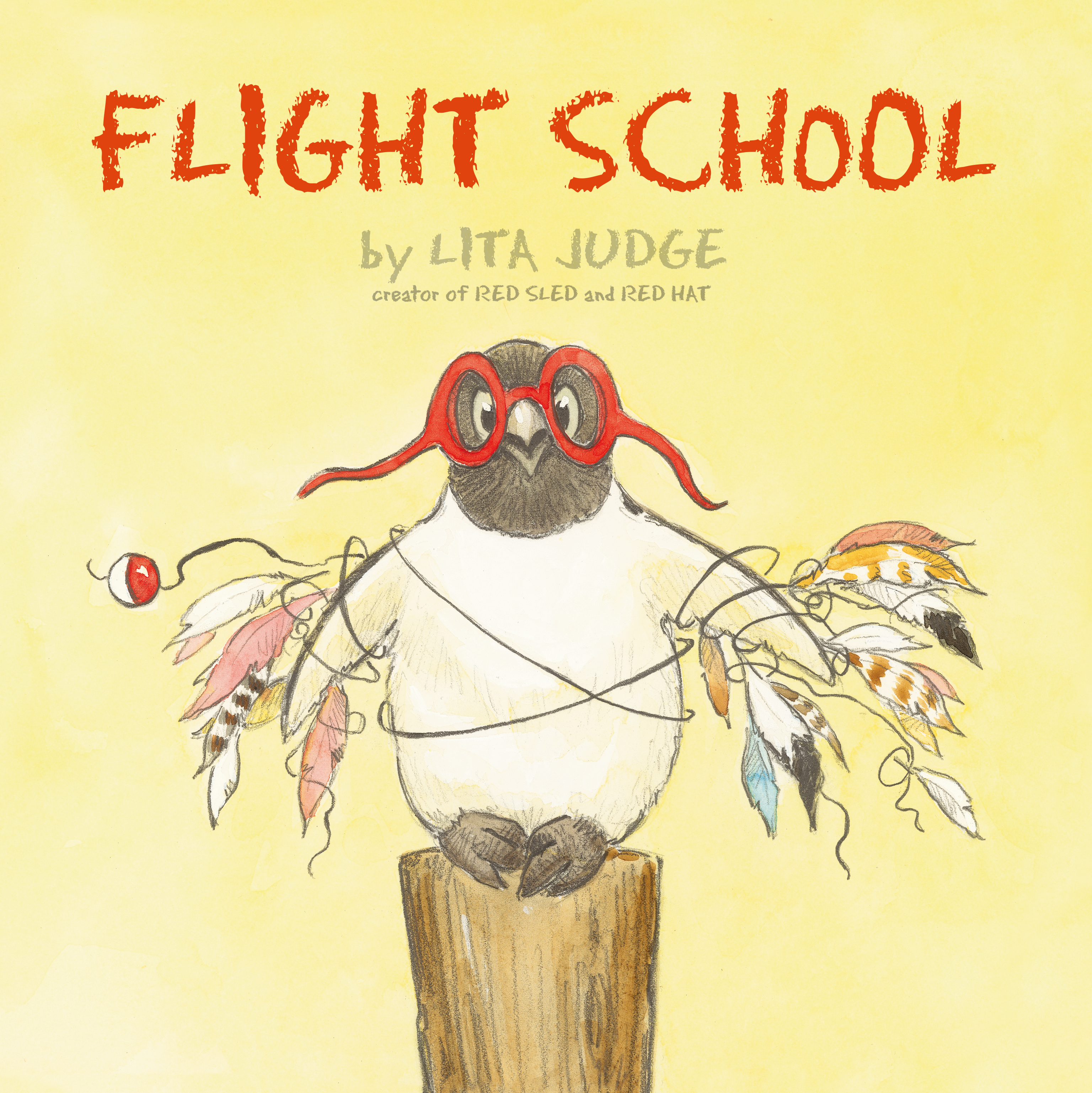 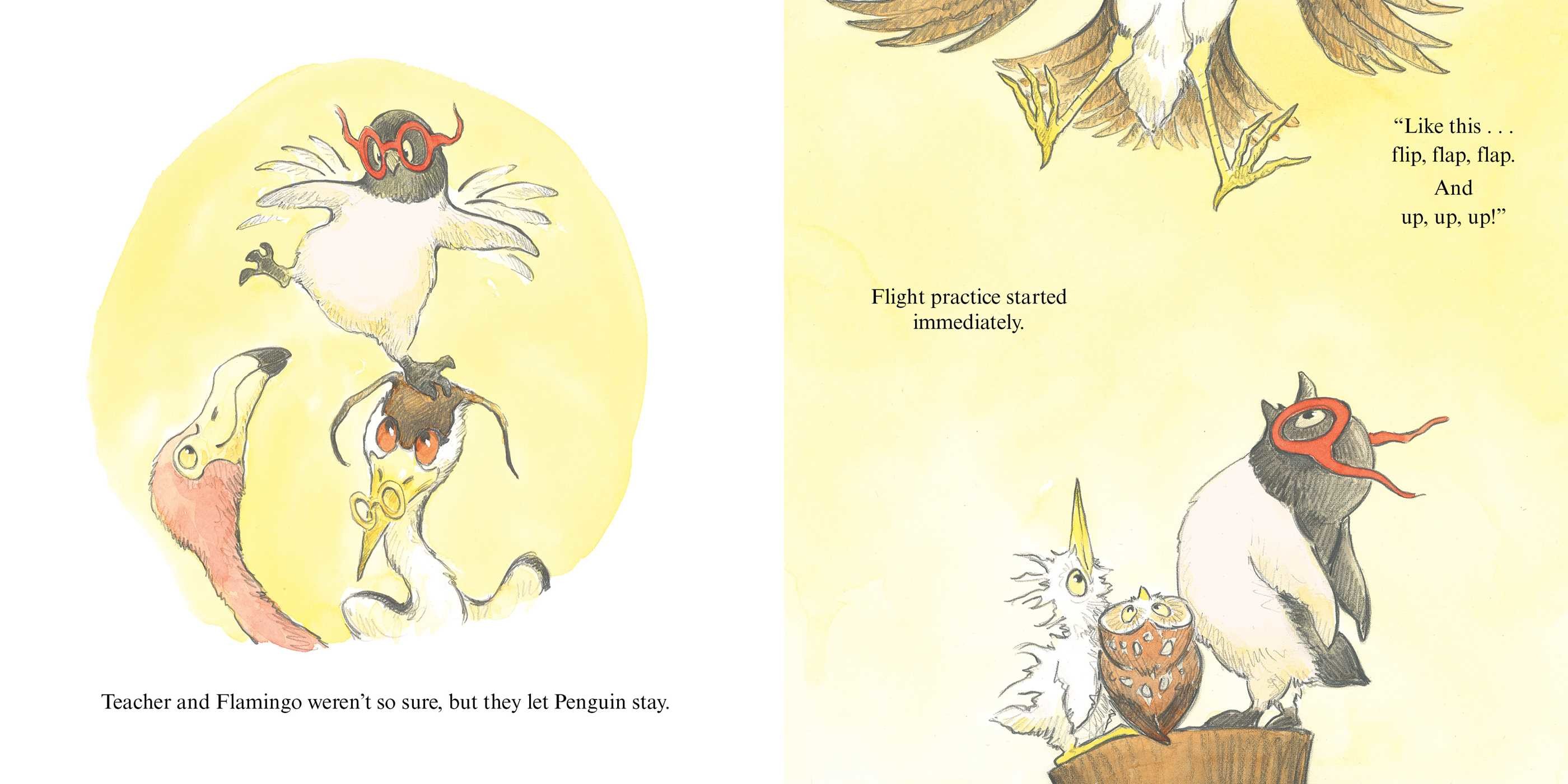 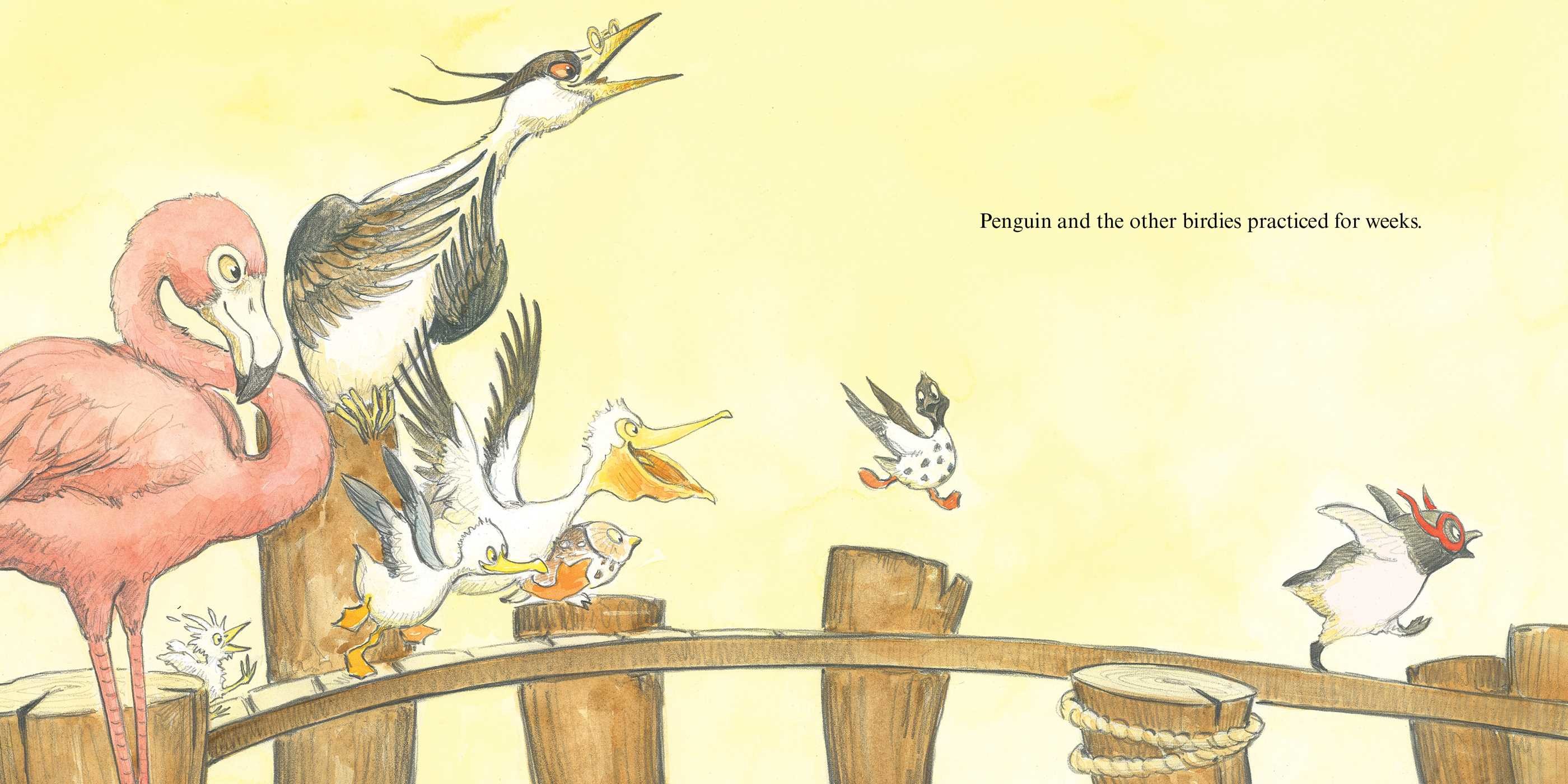 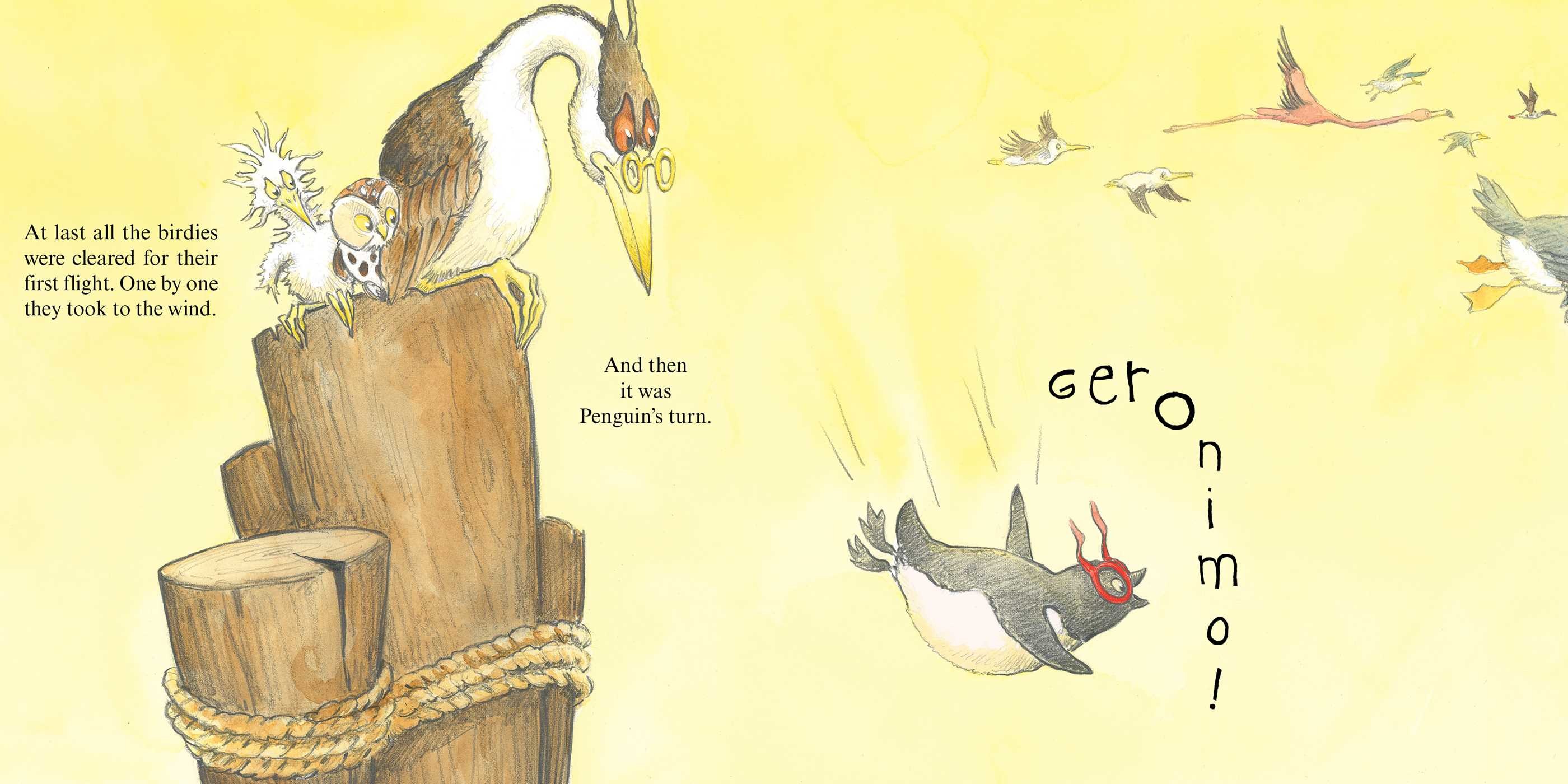 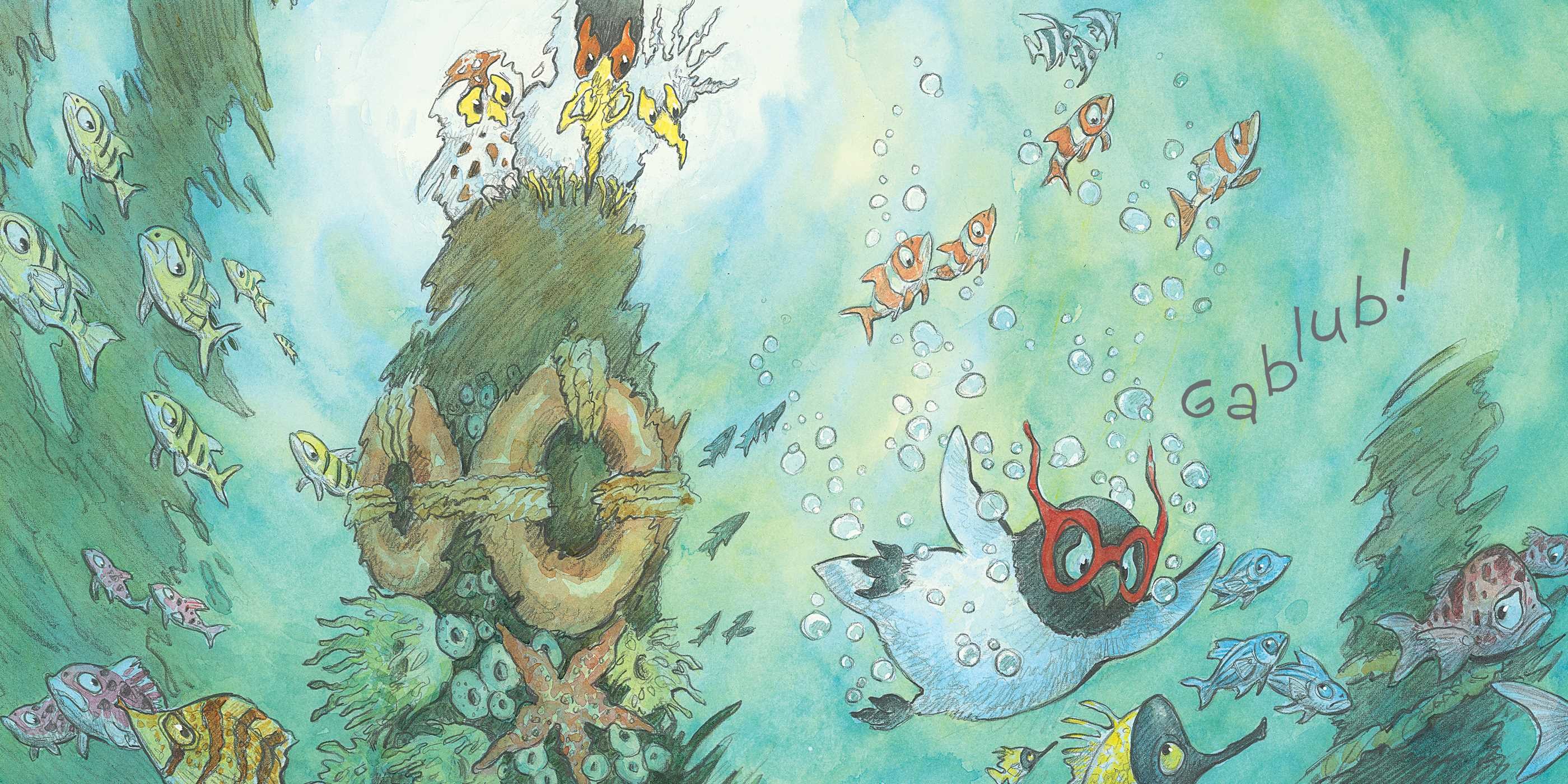 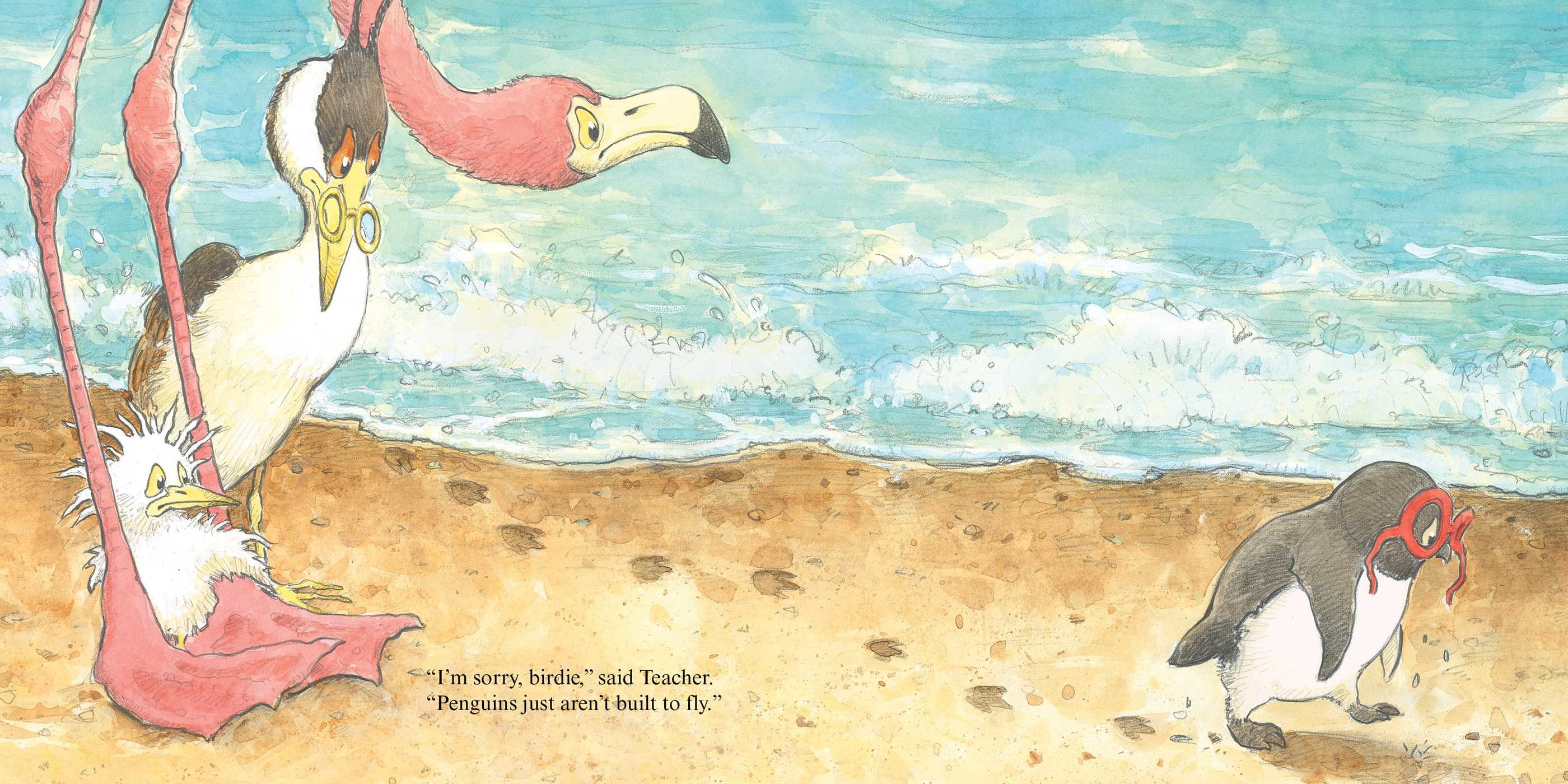 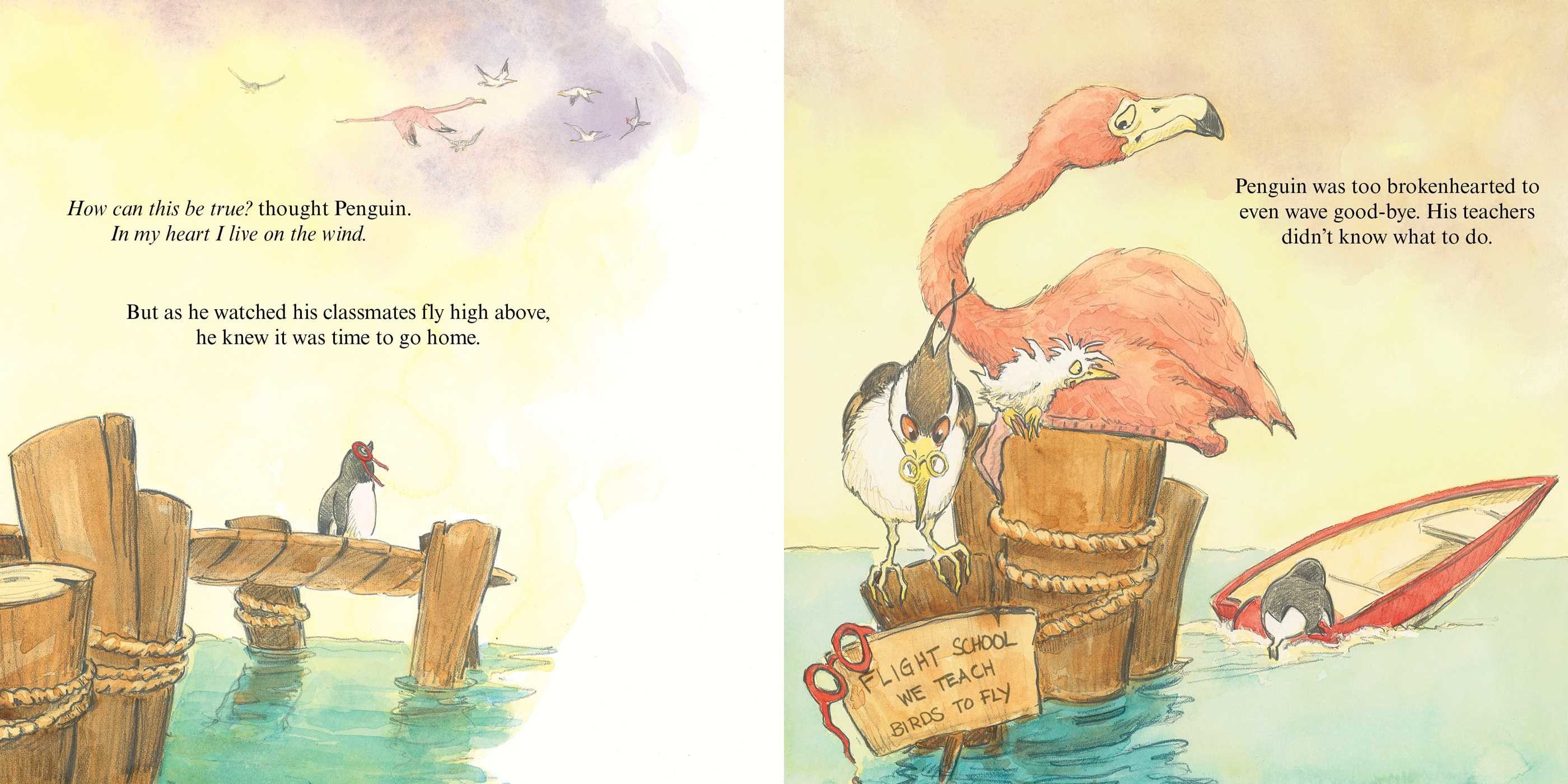 A persevering penguin is determined to fly in this adorably inspiring picture book from the creator of Red Hat and Red Sled.

Although little Penguin has the soul of an eagle, his body wasn’t built to soar. But Penguin has an irrepressible spirit, and he adamantly follows his dreams to flip, flap, fly! Even if he needs a little help with the technical parts, this penguin is ready to live on the wind. 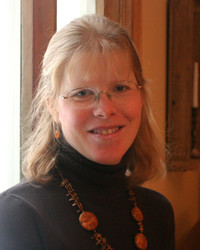 Lita Judge is the award-winning author and illustrator of many children’s books, including Even the Smallest Will Grow; When You Need Wings; Flight School; Penguin Flies Home; Red Sled; Red Hat; Good Morning to Me!; Born in the Wild; and her illustrated young adult novel, Mary’s Monster. She lives with her husband, two cats, and a parrot in New Hampshire. You can visit her online at LitaJudge.com.

Lita Judge is the award-winning author and illustrator of many children’s books, including Even the Smallest Will Grow; When You Need Wings; Flight School; Penguin Flies Home; Red Sled; Red Hat; Good Morning to Me!; Born in the Wild; and her illustrated young adult novel, Mary’s Monster. She lives with her husband, two cats, and a parrot in New Hampshire. You can visit her online at LitaJudge.com.

"A small round penguin with lofty aspirations finds success of a sort in a sweet...appreciation of the resourcefulness of teachers.... Judge's edge-to-edge watercolor-and-pencil art is lively and amusing. Her various sea and shore birds...and their fledglings are just a little scruffy, and they are exaggeratedly, expressively funny in their anthropomorphic roles as teachers and students."

"Some are born to run; little Penguin believes he was "hatched to fly." . . . the action has the tight comic pacing of a classic cartoon, one with heart to match Penguin's own. Judge (Red Hat), working in watercolor and pencil, takes her hero into the sun-bleached sky and into the drink (oops) with aplomb, while her finely delineated feathered cast does its endearing best to ignore the obvious."

* "Little Penguin, who has the self-proclaimed "soul of an eagle," wants to fly. . . . Judge successfully balances the humor in the storytelling, the drawings, and the situations. Rendered in watercolor and pencil and situated on a bright yellow background, the illustrations perfectly fit this delightful and charming book."

"Penguin, who has “the soul of an eagle,” leaves the South Pole for flight school so he can learn to fly. . . . Judge keeps the primary visual focus on the birds, especially humorous little Penguin—all plump and furry—who may not have a body designed for flight but whose lovable enthusiasm and optimism will resonate with young readers with lofty dreams."

"Judge (Bird Talk, 2012) is well known for her lifelike watercolor-and-pencil illustrations of animals of all kinds, and she uses similarly realistic detail when rendering the birds here, though these creatures have charmingly cartoonish personalities befitting the offbeat story. Little ones who struggle to meet their goals will delight in persevering Penguin."

"Lita Judge’s “Flight School” tells …[a] funny — and emotionally credible — story about the power of the imagination…. Judge (of “Red Sled” and “Red Hat”) has a delicate touch with expressions.... In the end, the flight he takes is a triumph of the imagination over experience. It makes him happy all the same."

* "Little Penguin believes he was born to fly. . . unfortunately, even after weeks of lessons, he's still a lead balloon when it comes to getting airborne. . . . Judge writes with a simple clarity that avoids any preachiness, and the streamlined emotion will resonate with young listeners. . . . The watercolor and pencil illustrations are warm, robust, and thoughtfully composed. . . . Penguin is a charmingly tubby and stout guy, and the skillful positioning of his red flight goggles visually convey his emotions: when he's happy, the earpieces flip up jauntily, and when he's sad, they dejectedly droop. This could be a useful tool for many kinds of discussions—from the adaptations that some kids need in a classroom, to creative problem solving, to perseverance—or a cheerful addition to a unit or story hour about birds or penguins."

– Bulletin of the Center for Children's Books, June 2014, *STARRED REVIEW*

"This is a book for anyone who ever tried to do something he or she may not have been born to do. . . . The illustrations are bright and breezy, and this book could be a springboard for discussion about how persistence is crucial for success, no matter what the endeavor."