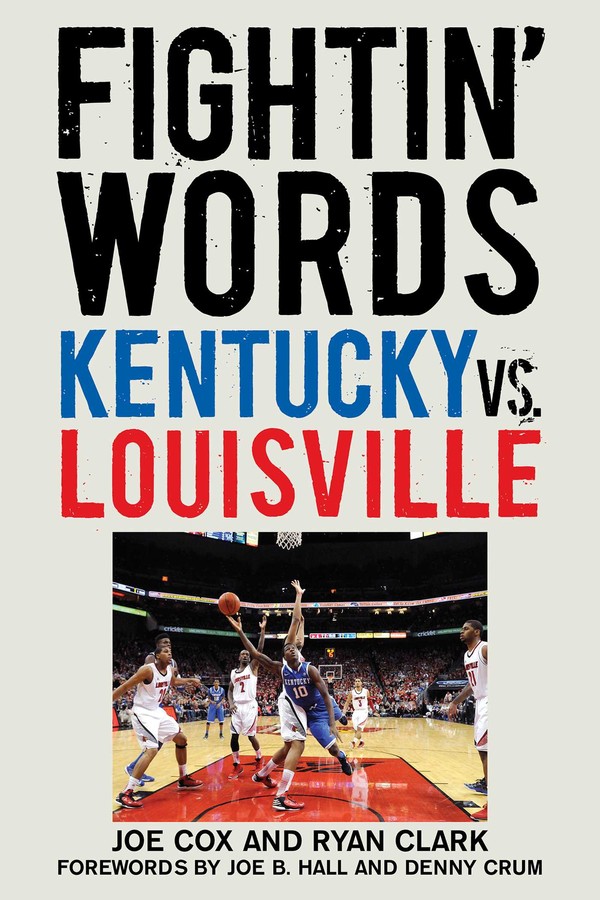 Over 100 years ago, the University of Kentucky and the University of Louisville met for the first time on the basketball court. Over thirty years ago, the intra-state rivals faced each other in the original Dream Game.” Fightin’ Words will have the inside stories of these games and others from the rivalry, including a discussion of how Louisville coach Denny Crum out-recruited Joe B. Hall for the athletes in inner city Louisville; how Rick Pitino won the city back for UK, then left to become Cardinal coach; how John Calipari brought UK back on top of the rivalry and the basketball world, and much more.

The book covers everything from the 12 games between the rivals before the 1983 game, the buildup to the 1983 game and how it finally became an annual rivalry, and then individual chapters for the 31 UK/UL games since. Each chapter contains pre-game analysis, full-game coverage, and postgame discussion, with firsthand interviews from major players involved on both sides. The authors reveal the effects of each game on both teams as well as the history of college basketball. No matter your allegiance, this is a book for the shelf of any fan of college basketball.