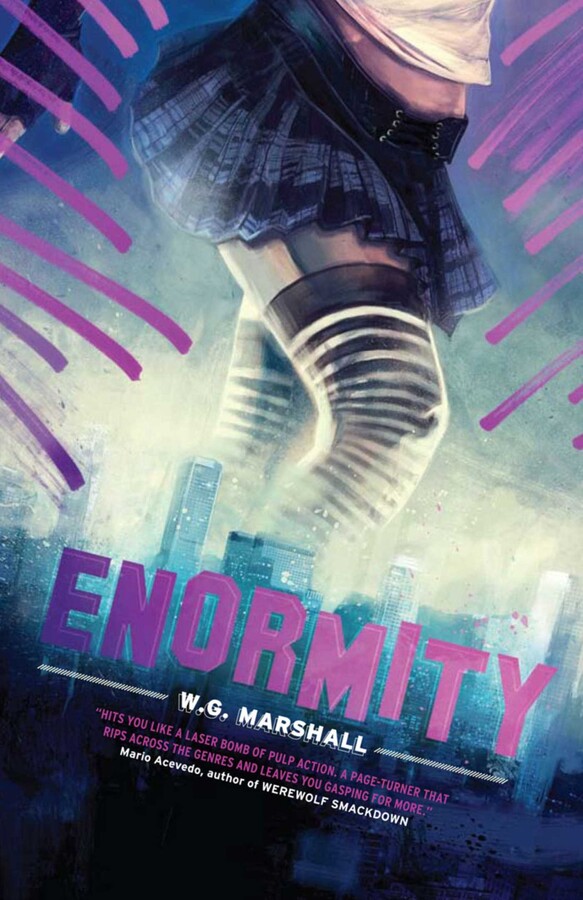 Enormity is the strange tale of an American working in Korea, a lonely young man named Manny Lopes, who is not only physically small (in his own words, he's a Creole shrimp”), but his work, his failed marriage, his race, all conspire to make him feel puny and insignificant-the proverbial ninety-eight-pound weakling.

Then one day an accident happens, a quantum explosion, and suddenly Manny awakens to discover that he is big-really big. In fact, Manny is enormous, a mile-high colossus! Now there's no stopping him: he's a one-man weapon of mass destruction. Yet he means well.

Enormity takes some odd turns, featuring characters like surfing gangbangers, elderly terrorists, and a North Korean assassin who thinks she's Dorothy from The Wizard of Oz. There's also sex, violence, and action galore, with the army throwing everything it has against the rampaging colossus that is Manny Lopes. But there's only one weapon that has any chance at all of stopping him: his wife.