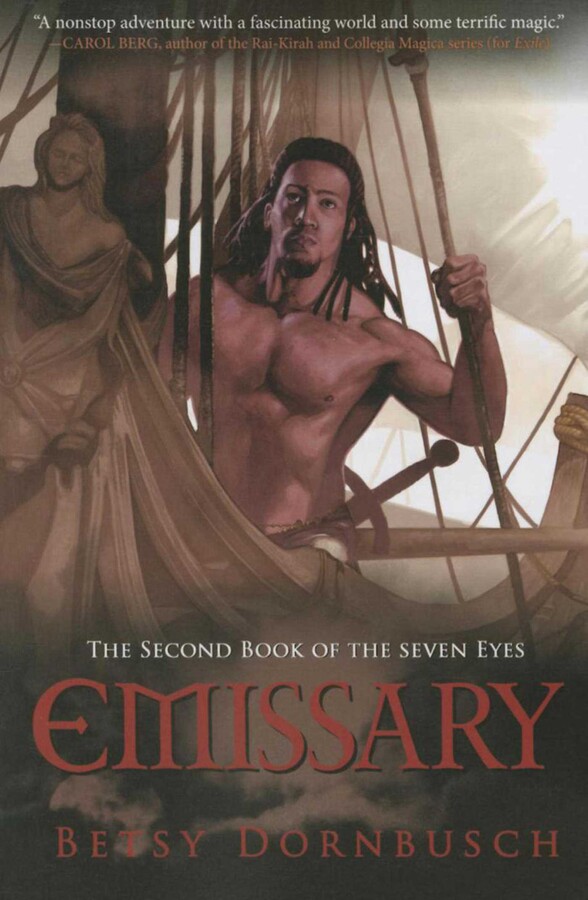 The Second Book of the Seven Eyes

Part of The Seven Eyes
By Betsy Dornbusch
LIST PRICE $15.99
PRICE MAY VARY BY RETAILER

Draken vae Khellian, bastard cousin of the Monoean King, had risen far from his ignominious origins, becoming both a Bowrank Commander and a member of the Crown’s Black Guard. But when cursed black magic took his wife and his honor away, he fought past his own despair and grief and carved out a new life in Akrasia. His bloody, unlikely path, chronicled in Exile: The First Book of the Seven Eyes, led him to a new loveand a throne.

Draken has seen too much blood . . . the blood of friends and of enemies alike. Peace is what he wants. Now he must leave his wife and unborn child in an attempt to forge an uneasy truce between the Monoean King and the kingdom of Akrasia. The long bloody shadow of Akrasia’s violent past hangs over his efforts like a shroud. But there are other forces at work. Peace is not something everybody wants . . . not even in the seemingly straightforward kingdom of Draken’s birth.

Factions both known and unknown to Draken vie to undermine his efforts and throw the kingdom into civil war. Forces from his days in the Black Guard prove to be the most enigmatic, and a bloody tide threatens to engulf Draken’s every step.

Betsy Dornbusch is the author of several short stories, novellas, and novels, including the Books of the Seven Eyes trilogy. In addition to speaking at numerous conventions and teaching writing classes, she has spent the past decade editing the online magazine Electric Spec and writing on her website, Sex Scenes at Starbucks (betsydornbusch.com).

The Second Book of the Seven Eyes

Part of The Seven Eyes
By Betsy Dornbusch
LIST PRICE $15.99
PRICE MAY VARY BY RETAILER