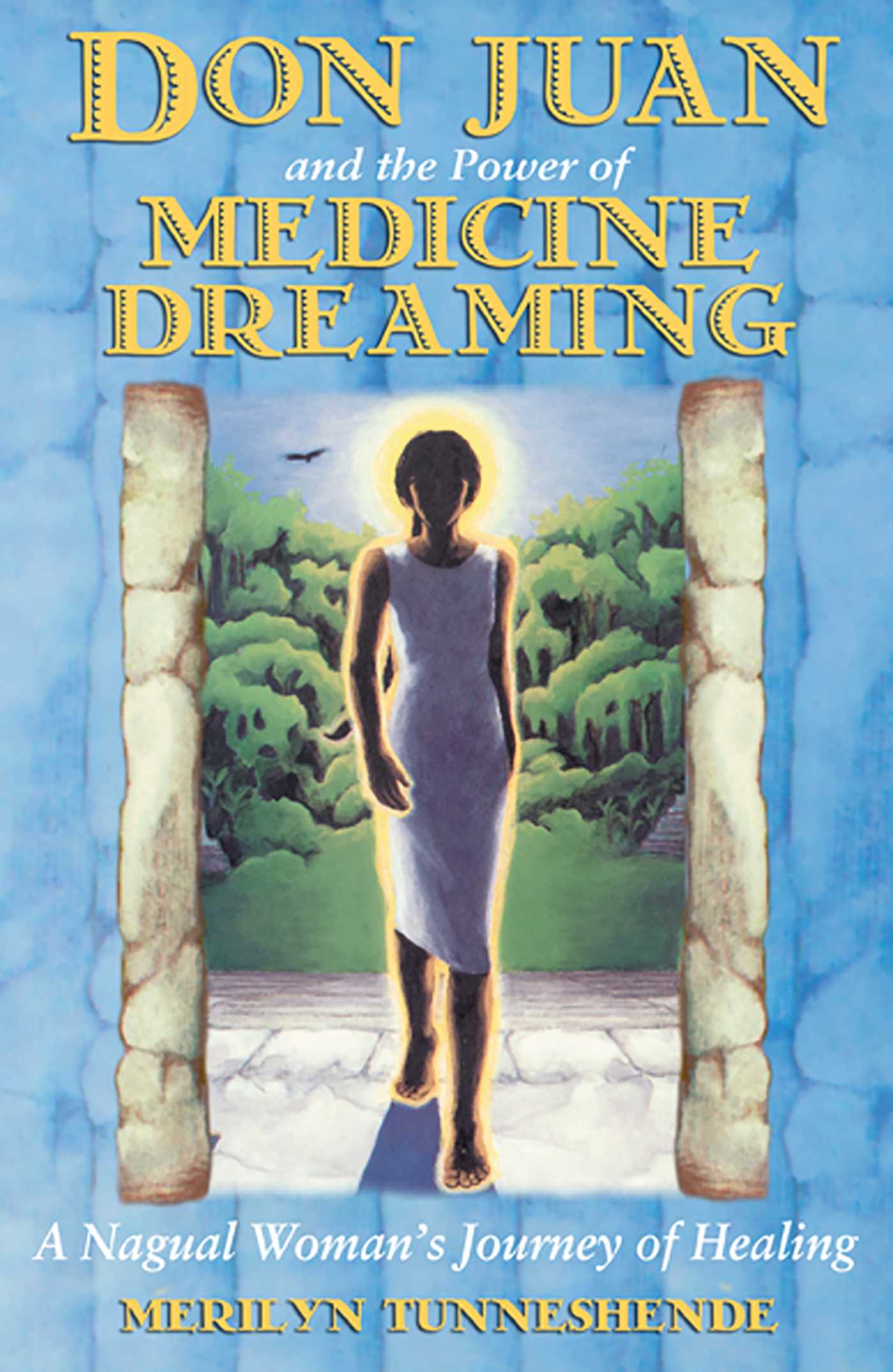 A journey of healing and transformation through Toltec mysticism, shamanic dreaming, and the teachings of the Mayan prophecies.

• The author studied with don Juan Matus and the Nagual sorcerers who taught Carlos Castaneda.

Merilyn Tunneshende learned the secrets of Dream Power, energetic healing, and sorcery from don Juan Matus, the Toltec shaman who mentored Carlos Castaneda. This book is her personal story of over 30 years of interaction with the mystical guides, dreams, and prophecies of the Maya. Through her journey we learn of the power of transmutational energies and how they might be applied to heal and transform our world.

Like so many in the early 1970s, Merilyn Tunneshende had plans to travel the world beatnik-style, beginning with Mexico. Traumatized by the sudden death of her fiance after a series of premonitions, Merilyn found her adventurous trip transformed into a path of spiritual awakening, which took her into an intense apprenticeship with Toltec shaman don Juan Matus. After becoming a fully initiated Toltec sorceress and Nagual Dreaming Woman, she experienced a second trauma that threw her from the path of mystical study back into the everyday world of the West. For years she pursued her career as a teacher and linguist--all but dismissing her former mystical experiences as madness. When a series of dreams begin to pervade her consciousness and she received a heart-breaking diagnosis that she had AIDS, Merilyn returned to the world of Mayan prophecy and nagualist training in order to unleash the powers of transmutative energies in healing her own body and actualizing transcendent liberation.

It was totally dark when the train pulled into Yuma. The air was dry and there was a warm breeze. I pulled down my overstuffed backpack from above my seat as the engine made those end-of-destination noises. At first I did not see him when I stepped out of the car onto the darkened platform. He was wearing black slacks and a black tunic and had his hair tied back with a black bandanna around the forehead. Something inside me would not let me take my eyes off him. I even set down my rucksack and just stood and stared. He was tall, quiet, still. Standing in the shadows with his eyes glinting like a feline was the old Indian I had often dreamt of as a child. It was Grandfather!
For me that old Indian, John Black Crow--or don Juan in Spanish--was the beginning and end of all things. As I walked away from the station with him, I remember thinking that my life would never be the same. I was right.
"You come stay with me," the old Indian said as he approached me. He seemed to have been waiting for someone, and I wondered if he had mistaken me for her. "The only hotel near the train station is that one." He pointed to the shambles of a distant, rambling two-story building from the thirties. By the light of a street lamp, I could just make out the screens peeling off the second-floor hospitality porch. I shuddered. "It's a rat trap," he continued. "And it's late. You won't find a cab tonight. Besides, the reservation is much more interesting." He pointed into the dark in the other direction. "I'm an old man. I won't bite."
I marveled at the speed and skill with which this Native American was trying to pick me up. He was forceful about it. Imperious. It was like the desperate gesturing in my dream. I felt this old spirit pulling me from an underworld into which I had fallen, and I sensed that he was my only hope to avoid complete annihilation.
In a state of culture shock, I agreed with a nod of my head. My other prospects were less appealing in this small desert town that night. He flashed me a mischievous smile and then turned around to lead the way. The desert wind began to pick up and a waning moon came out from behind a solitary cloud. The sparse plant life and night birds seemed to come to life mysteriously, making whispering sounds or soft lingering cries. I headed off trustfully into the night with a man I had met only in my dreams.
"You follow me," he said, as we crossed a bridge and trudged up a dirt road, leaving the practically deserted train-station platform. Don Juan, a Yuma Indian, lived in a clapboard house on the reservation. He appeared to be about eighty-five years old. I adjusted the pack on my back and looked behind me in the moonlight. We were hiking up a road that curved around a barren hill. Down the road on the left, I saw a solitary store lit by one dim bulb. We descended into the bubble of its light as we came closer and closer, floating on silent feet.

The mattress was definitely straw. Don Juan had opened the windows and a delicate night breeze blew over me. As he turned out the lanterns I heard an owl hoot in the distance. While I drifted off to sleep I listened to don Juan chanting in the dark. That night I dreamed for the first time of the Mayan culture.
I am with don Juan walking in a forest. We spy through the foliage what appears to be the ancient ruins of Palenque, as I recall them from picture books. We proceed along the path. I seem to be myself but I wear a long black braid and a white tunic.
We come to a clearing where there stands a bronze, lean, and muscular middle-aged man who also wears a white tunic. His dark hair is cropped with bangs and he is smiling. Obviously, he is awaiting us. The man tells me that I am dreaming and that dreams are how they keep track of me. He introduces himself in Maya (which I seem to understand) as the Chuch Kahau, the timekeeper, and tells me that don Juan is Uay Kin, the shapeshifter sun. He says that the three of us have a destiny to fulfill.
We walk together. The dense plant life is flowering and very fragrant. Amid the vines on the ground we come upon a massive, abandoned stone disk calendar. The Chuch Kahau bends over and pulls the vines away from it. He then takes tamarind seeds from a pod on a nearby tree and casts them onto the giant disk. The seeds roll into carved hieroglyphic niches and grooves, like marbles on a roulette wheel. The Chuch Kahau tells me to read the dates indicated. Somehow I can interpret the Mayan glyphs. One date is my birth date and the other is the last date on the calendar.
"Why does the calendar stop here?" I ask, looking back at the Chuch Kahau. He motions for me to look at the calendar again. Its grooves are beginning to bleed. Soon there is a stream of blood at our feet. The seeds then turn into butterflies, which flutter away.
A popping sound follows, and I hear the Chuch Kahau say, "When this happens, you will know. Seek out Kukulkan." Then he waves goodbye and recedes into the green foliage. Don Juan walks a bit farther into the forest and finds an enormous spider web with a hole in its center. He indicates for me to follow him through the opening.
Merilyn Tunneshende

Merilyn Tunneshende is a Toltec sorceress and a Nagual Dreaming Woman who has been taught Dream Power, energetic healing, and sorcery in the course of a 20-year apprenticeship in the Mexican desert. Since the publication of her first book, Medicine Dream, she has made numerous public appearances as lecturer, panelist, and workshop leader focusing on the healing applications of nagualist shamanism.

"In telling this story of her own healing through ancient energetic practices, Merilyn Tunneshende shows us how to see into the world of the nagual [shamanic healer] . . . an absolutely gripping story . . . an honest and timeless book."

"This book will change the way many view spirituality. It is the kind of book that makes the rest of the world disappear as you get lost in the story . . . on par with the best writing of Carlos Castaneda."