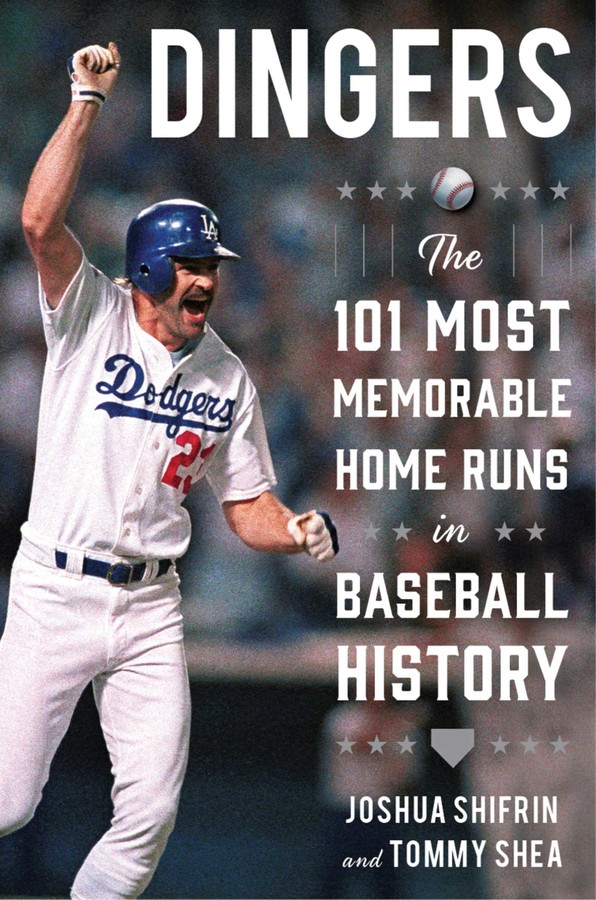 The 101 Most Memorable Home Runs in Baseball History

By Joshua Shifrin and Tommy Shea
LIST PRICE $16.99
PRICE MAY VARY BY RETAILER

From splitters to spitters; from a frozen rope to the suicide squeeze; from extra innings to no hitters, baseball is truly a great game. But nothing hypes up a crowd like a home run, a round tripper, a big bomb . . . the long ball! Hitting the ball out of the park is one of the greatest feats in baseball, and doing so in the clutch can make an average player a hero overnight.

In Dingers, authors Joshua Shifrin and Tom Shea break down the 101 most memorable home runs in baseball history, telling their stories and how they affected the game of baseball. Whether it’s The Shot Heard ’Round the World” or Hank Aaron’s 715th blast, readers will get an inside scoop on some of the most famous moments that now live in baseball lore.

Whether you were there when Reggie Jackson hit three-straight home runs in Game 6 of the 1977 World Series, watched Joe Carter’s 1993 World Series-winning home run live, or have seen highlights from Bill Mazeroski’s memorable shot in Game 7 of the 1960 World Series, Dingers is for baseball fans young and old. Relive the moments you cherish to the ones you’ve only heard tales about.

Joshua Shifrin is a professor of psychology, licensed psychologist, writer, and avid sports fan. He has previously written five books, including Dingers: The 101 Most Memorable Home Runs in Baseball History, From the Links: Golf's Most Memorable Moments, and 101 Incredible Moments in Tennis.

The 101 Most Memorable Home Runs in Baseball History

By Joshua Shifrin and Tommy Shea
LIST PRICE $16.99
PRICE MAY VARY BY RETAILER