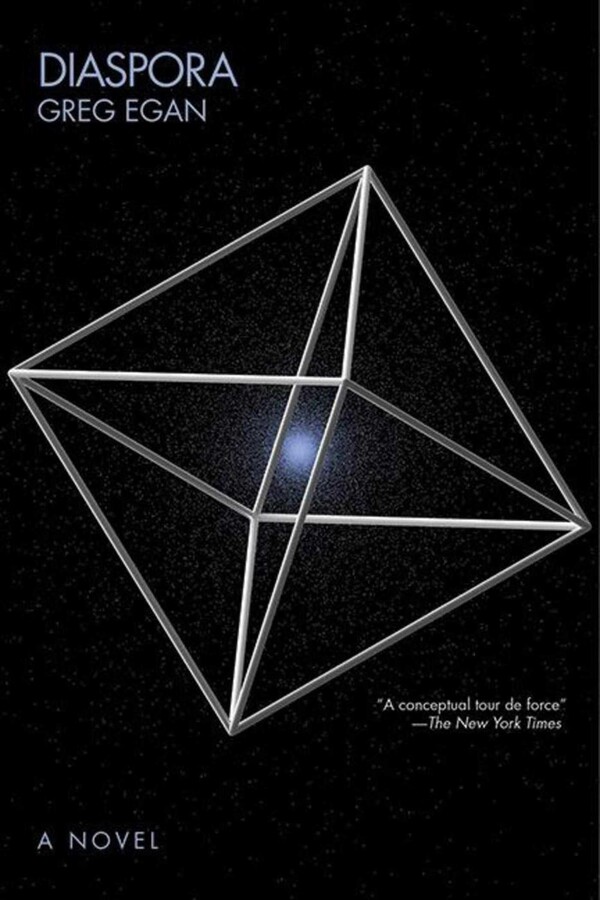 A quantum Brave New World from the boldest and most wildly speculative writer of his generation. “Greg Egan is perhaps the most important SF writer in the world."—Science Fiction Weekly "One of the very best "—Locus. "Science fiction with an emphasis on science."—New York Times Book Review

Since the Introdus in the twenty-first century, humanity has reconfigured itself drastically. Most chose immortality, joining the polises to become conscious software. Others opted for gleisners: disposable, renewable robotic bodies that remain in contact with the physical world of force and friction. Many of these have left the solar system forever in fusion-drive starships.

And there are the holdouts: the fleshers left behind in the muck and jungle of Earth—some devolved into dream apes, others cavorting in the seas or the air—while the statics and bridgers try to shape out a roughly human destiny.

But the complacency of the citizens is shattered when an unforeseen disaster ravages the fleshers and reveals the possibility that the polises themselves might be at risk from bizarre astrophysical processes that seem to violate fundamental laws of nature. The orphan Yatima, a digital being grown from a mind seed, joins a group of citizens and flesher refugees in a search for the knowledge that will guarantee their safety—a search that puts them on the trail of the ancient and elusive Transmuters, who have the power to reshape subatomic particles, and to cross into the macrocosmos, where the universe we know is nothing but a speck in the higher-dimensional vacuum.