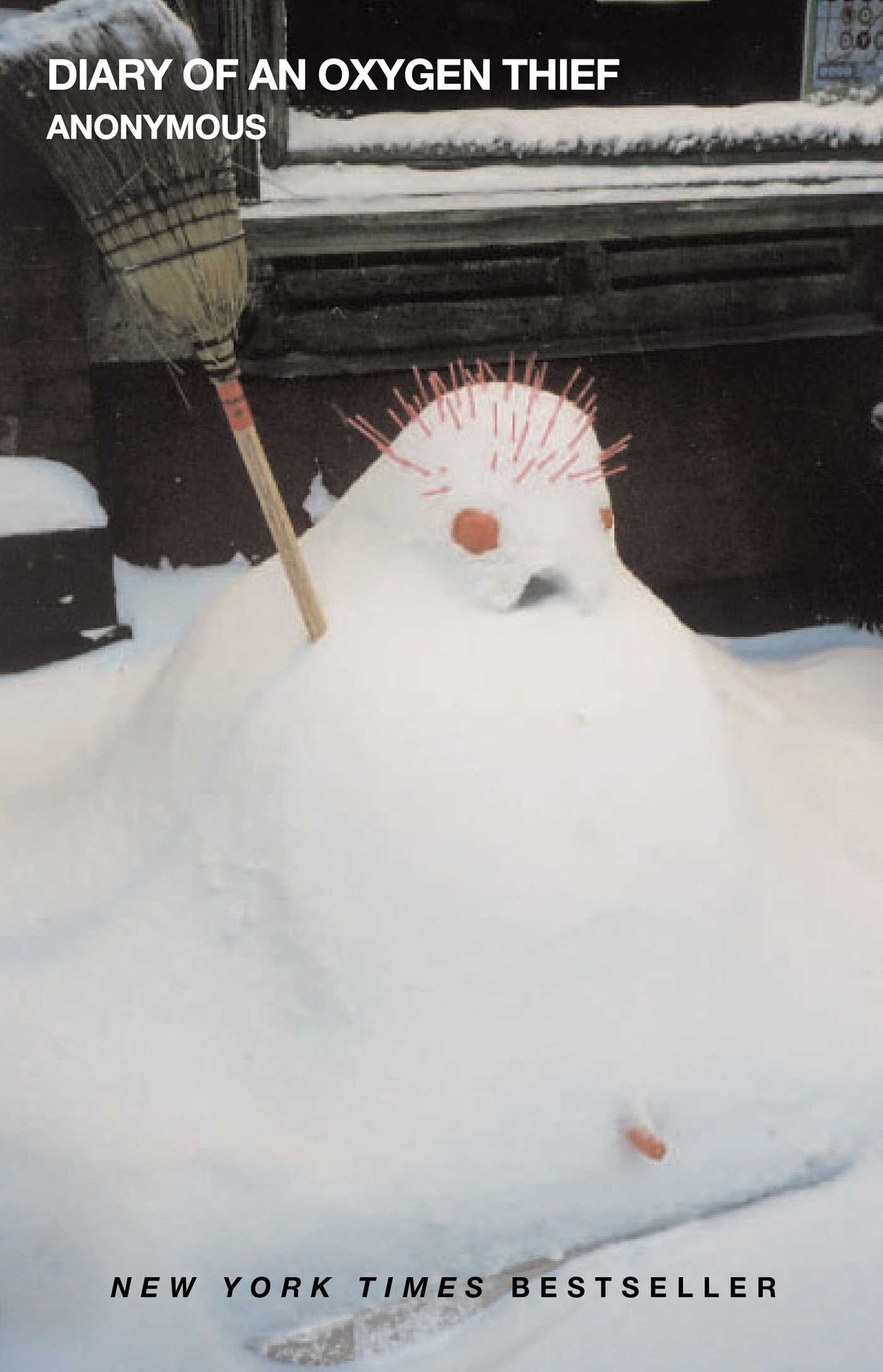 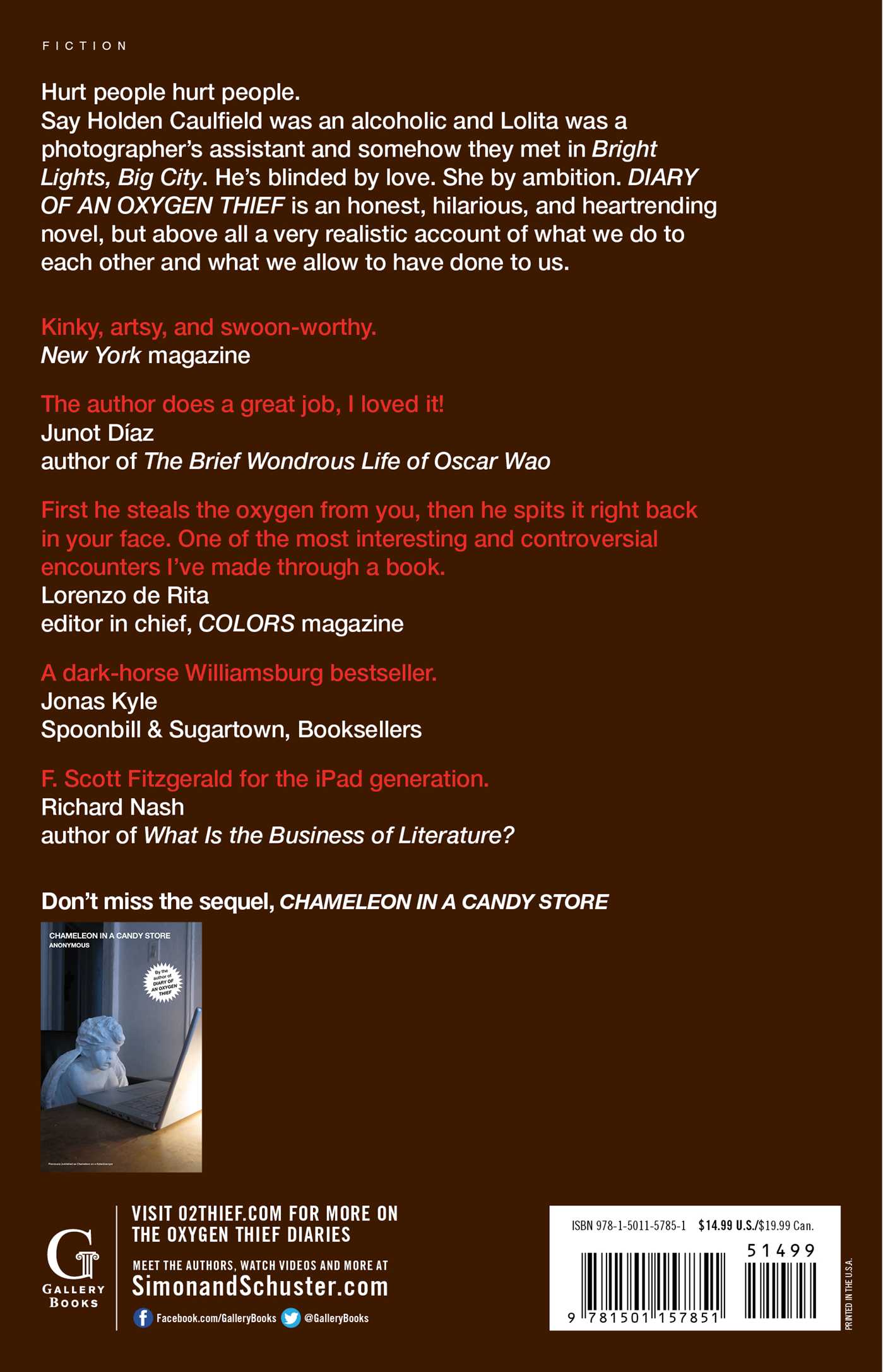 Diary of an Oxygen Thief
By Anonymous
Read by Anonymous

Diary of an Oxygen Thief

By Anonymous
LIST PRICE $16.00
PRICE MAY VARY BY RETAILER

Say there was a novel in which Holden Caulfield was an alcoholic and Lolita was a photographer’s assistant and, somehow, they met in Bright Lights, Big City. He’s blinded by love. She by ambition. Diary of an Oxygen Thief is an honest, hilarious, and heartrending novel, but above all, a very realistic account of what we do to each other and what we allow to have done to us.

"The author does a great job. I loved it!"

– Junot Diaz, author of The Brief and Wondrous Life of Oscar Wao

"First he steals the oxygen from you, then he spits it right back in your face. One of the most interesting and controversial encounters I’ve made through a book."

– Richard Nash, author of What is the Business of Literature?

Diary of an Oxygen Thief

By Anonymous
LIST PRICE $16.00
PRICE MAY VARY BY RETAILER