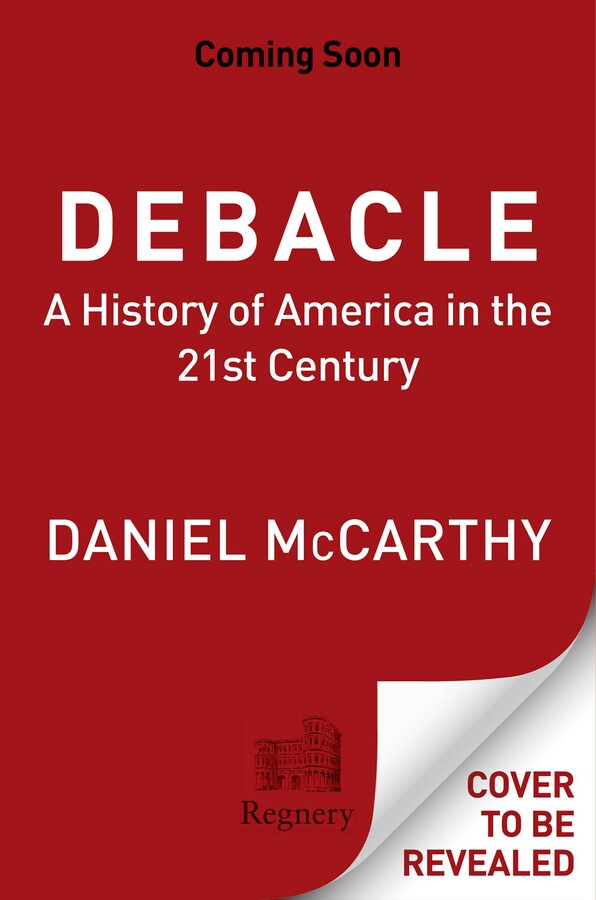 A History of America in the 21st Century

A legedary conservative editor and  journalist takes on the crumbling, debased state of our union, details how we arrived at such a sorry point, and offers hints on how true patriots can turn this debacle around! Fans of Mark Levin and Michael Knowles will love it.

America is not the country it used to be. In just 20 years, the United States went from the world’s undisputed superpower to a decaying nation intent on eating itself alive. What happened?

Decades of failed leadership, destructive ideas, and sclerotic administration have caused America’s ruling class to forget the core principles that made our nation a beacon to the world. We’ve all seen it happen: financial crises, endless wars, demographic decline. Decay surrounds us, and our leaders seem hellbent on aggravating our problems rather than correcting them.

It happened too fast for people to make sense of. Where did our America go?

Debacle has the answers. In a clear and penetrating account of America in the 21st century, Daniel McCarthy takes the governing elite and their ideological commitments to task for betraying the American people’s trust. Decline was a choice—and those who chose it need to be held accountable.

Recognizing the failures of our leaders is the first step on the path to recovery. McCarthy, one of the most impressive political thinkers of our day, offers both a bracing diagnosis of our civic disease and a bold prescription for rebuilding America. There is much to lament but much that can be done. Debacle is not for hand-wringers but for patriots who refuse to surrender their country.

Daniel McCarthy is Editor of the Intercollegiate Studies Institute's journal Modern Age and editor at large of The American Conservative. He is also the director of the Robert Novak Journalism Fellowship Program. He writes regularly for the Spectator of London and has written for The New York Times, USA Today, RealClearPolitics, The Week, Reason, The Daily Telegraph (UK), The National Interest, Chronicles, The Independent Review, Orion, and elsewhere. He has appeared on NPR,  Josh Barro’s “Left, Right, and Center” on KCRW, BBC, and Sirius XM Patriot.

A History of America in the 21st Century