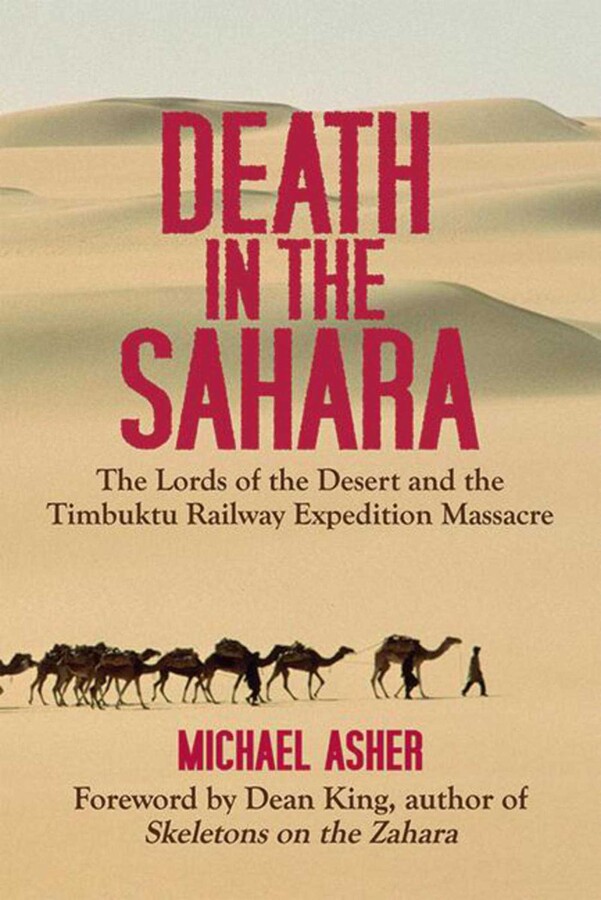 Death in the Sahara

The Lords of the Desert and the Timbuktu Railway Expedition Massacre

Desert explorer Michael Asher investigates the most disastrous exploration mission in the history of the Sahara. In 1880, the French government ordered a surveying expedition for a railway that would bring the fabulous wealth of Timbuktu, in French Sudan, to Paris. This trek should have heralded a new era of French prosperity. Instead, it was a deadly fiasco. Under-armed in hostile territory, and foolishly employing the enemy as guides, the one hundred men of the expedition were ambushed and stranded without camels or supplies in the deserts of southern Algeria. Many were killed outright, and for four months the survivors were menaced by the Tuareg, the "lords of the desert," robbed, starved, and tricked into eating poisoned fruit. To escape, the men hid in the wastelands of the Sahara with little hope of finding food or water. They were finally forced to eat their own dead, or, worse, the merely weak. Only a dozen malnourished men lived to tell their tale. The story of their 1,000 mile journey is one of the most astonishing narratives of survival ever recorded. With a "superb grip of narrative and uncanny ability to evoke battle scenes" (The Guardian), Michael Asher has written an amazing true story that is as dramatic as it is frightening.

Death in the Sahara

The Lords of the Desert and the Timbuktu Railway Expedition Massacre