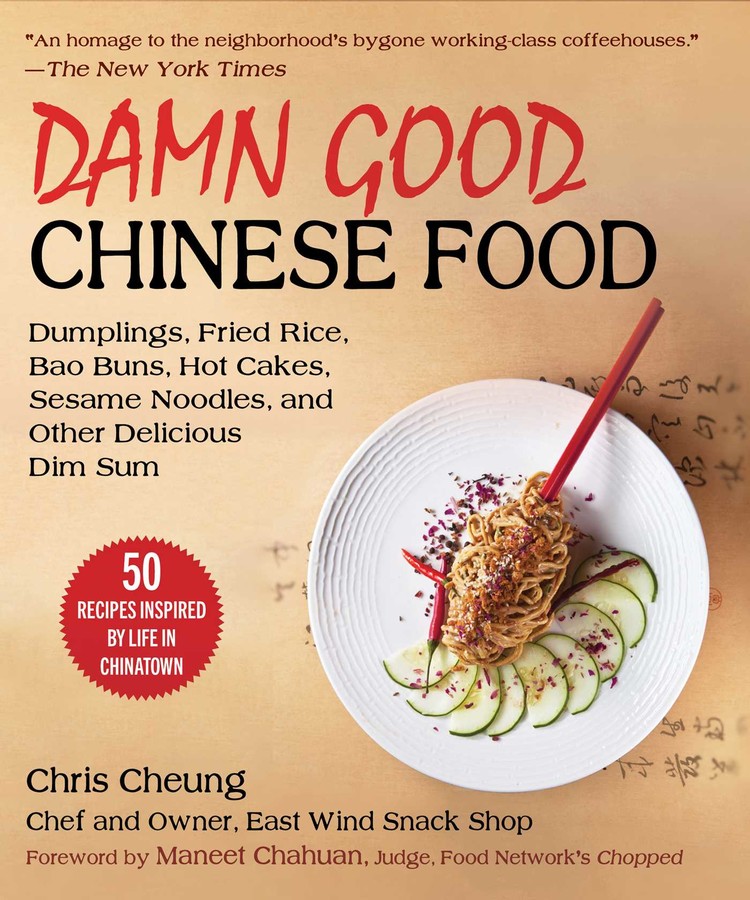 From acclaimed chef Chris Cheung comes a cookbook inspired by the old tea houses of New York's Chinatown—with a foreword by Maneet Chauhan, celebrity chef, author, and judge on The Food Network's Chopped

There is a particular region in today's renaissance of Chinese cooking that is often overlooked: Chinatown. In other words, Chinese food cooked in Chinatown for the Chinese community—stir-fried noodles, bao buns, pork buns, scallion pancakes, wontons, potstickers, spring rolls, the list goes on. At the very epicenter of this cuisine were the old tea houses that served countless mouth-watering snacks and treats, providing delicious affordable fuel that fed the working class community.

Like many great chefs, Chris Cheung was inspired by the places he grew up eating in. The food of these tea houses is the central philosophy behind Cheung's ever-popular restaurant East Wind Snack Shop, which first opened in 2015 and now has four locations in Brooklyn. There, Chef Cheung's focus is primarily on an endeavor he calls "chasing the perfect dumpling." Whether it's making the dough from scratch, grinding the meat, hand-folding each skin, or perfecting exact cooking temperatures, Cheung has painstakingly agonized over every specific detail that goes into cooking an understated masterpiece.

In addition to learning his technique for creating what New York Magazine called the "Absolute Best Dumplings in NY," this cookbook teaches readers how to make all kind of Chinatown delights. Learn to make:

Like Cheung's restaurants, this cookbook is a tribute to both the food served in those wonderful Chinatown establishments and the community they fed, the food Chris loves to cook, which he says give us "a few moments of happiness that bring us back to our childhood."


"A homage to the [Chinatown's] bygone working-class coffeehouses, run by immigrants who, like Mr. Cheung’s grandparents, came from Taishan, in Guangdong Province." —The New York Times

"A skilled craftsman." —The Village Voice

"Stellar dumplings . . . The pork dumplings and dry-aged beef potstickers are certainly fantastic, but it’s chef Chris Cheung’s gwa bao-style bun, which places caramelized pork belly on top of the bun rather than inside of it, that has earned the most street cred among in-the-know diners." —Eater