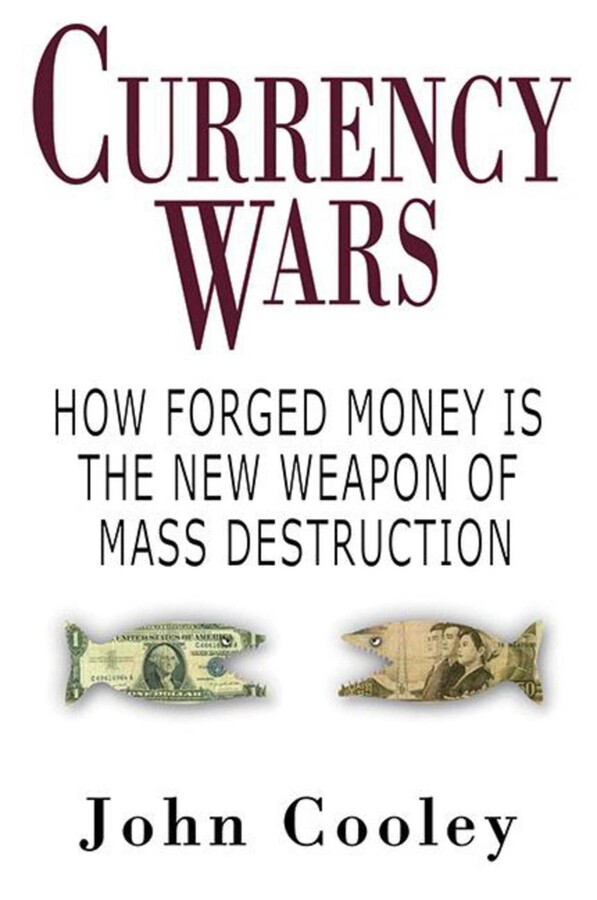 How Forged Money is the New Weapon of Mass Destruction

The world's quietest weapon of mass destruction is 75 percent cotton, 25 percent linen, and 100 percent fake. The amount of counterfeit money in circulation is unknown, but hundreds of millions of bogus U.S. dollars are seized each year. Mass counterfeiting is not just organized crime, it can also be aggressive economic warfare waged by states to destabilize enemy governments, and it is reaching epidemic proportions. Forgery provides cash for states like North Korea and Iran in their pursuit of weaponsa fact publicly unacknowledged, even as fears grow over their nuclear ambitions. In Currency Wars, John Cooley maps this dirty matrix of war and politics, sabotage and subterfuge, with new evidence and recently disclosed documents. With sound grounding in current affairs and history alike, Cooley demonstrates that the machinations of today's states echo attempts in antiquity by Persia, Greece, Rome, and China to use and defend against forgery and currency debasement. Counterfeiting remained a high crime throughout medieval and Renaissance Europe; played a key role in the American and French Revolutions; and was used by the British, Germans, and Soviets in two World Wars. Bad money mixed with post-war dictatorships, and was a tool of the KGB, CIA, Stasi, Hezbollah, the Medellín cartels, and the Chinese Triads. This compelling, accessible account reveals grand-scale forgery's corrosive implications for global economic, political, and social stability. It is essential reading for anyone concerned with the complications and consequences of increasing and inevitable globalization, and it serves as a provocative reminder of the ways in which human greed and fear act as catalysts in world economics.

How Forged Money is the New Weapon of Mass Destruction