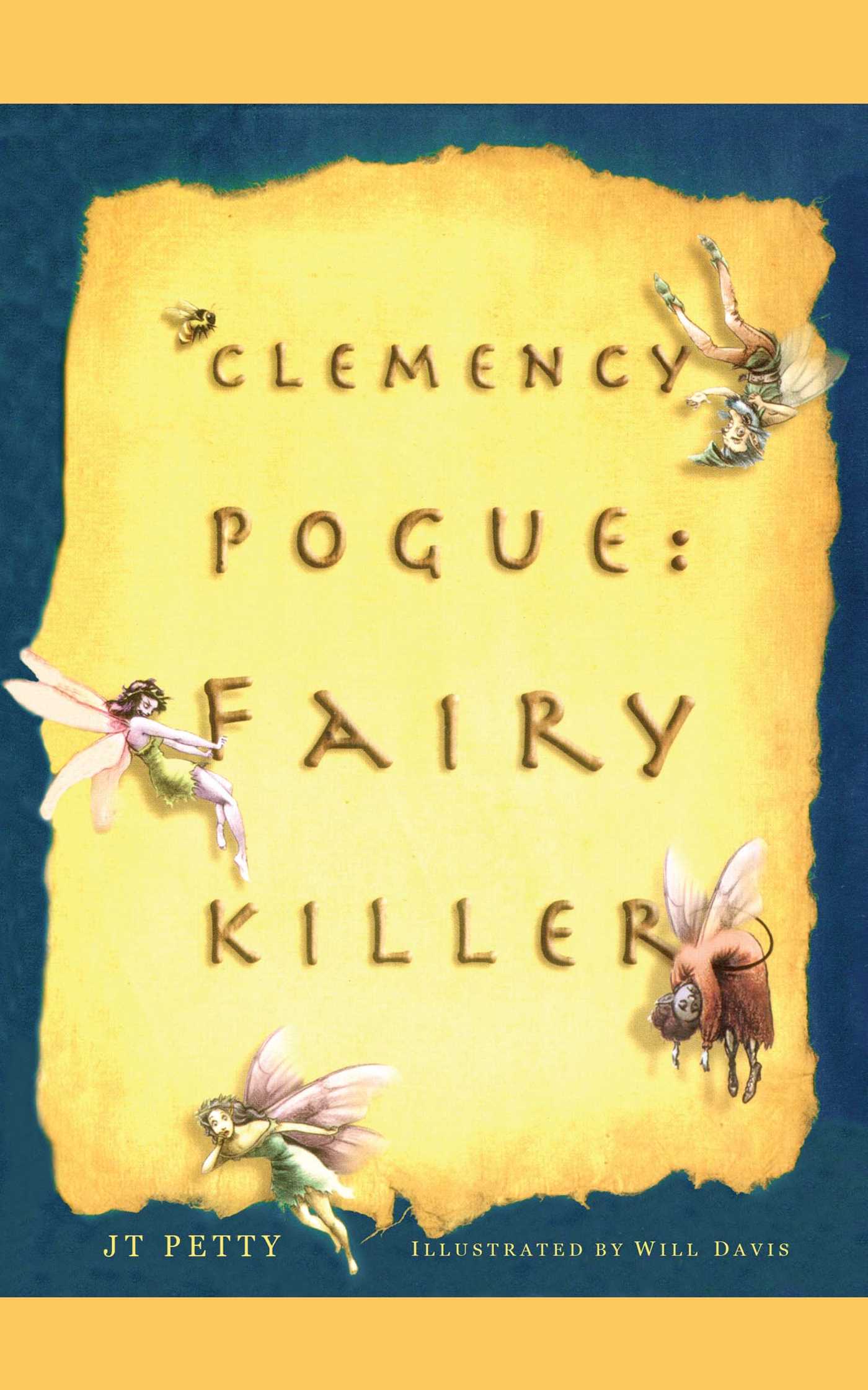 By JT Petty
Illustrated by Will Davis
LIST PRICE $7.99
PRICE MAY VARY BY RETAILER

Only a child so quick-witted as Clemency Pogue, upon finding herself attacked by a wicked, invincible fairy, would remember a lesson learned from the story of Peter Pan. She shouts "I don't believe in fairies," and when it doesn't work, keeps shouting it until the horrible little creature drops as dead as a gossamer-winged doorknob. But then a mischievous hobgoblin arrives to tell Clem that she's killed six other fairies around the globe, some bad, but mostly good. Even if it was a mistake, it's now Clem's duty to set the world aright.
In his hilarious, action-packed debut novel, JT Petty does for burlap pants what holes have done for Swiss cheese.

Clemency Pogue was a child who listened to the stories she was told. It was a quality that saved her life once, and started her on a great adventure.

These stories were spun for Clem by her parents, who were good, kind, and creative people. Unfortunately they worked far away in the mansion of a very rich, very fancy man on the other side of the forest. In the gray of every morning they would march off to work, leaving Clem to her own devices until twilight time, when they would rush back home, her father carrying the evening's meal, her mother percolating with richly embellished stories distilled from the day's events.

"We met a polo player today with a face longer than his horse," she would say, or, "This afternoon the millionaire's nephew was pushed into a river by the lady he was courting. The young man was kidnapped by beavers and ended up as part of a dam. The millionaire is waiting until tomorrow to pull the boy out because the fishing on the other side of the dam is so good."

As Clem's mom unraveled these tales, her father would prepare the meal he had brought home, piling cornucopious gobs of savories and sweets onto the big wooden kitchen table. During dinner Clem would describe what discoveries and imaginations had occupied her day.

"Today," she would say, "I made cold sassafras tea that was sweeter than makes sense. So sweet, so sweet that when I left it alone, it was overwhelmed by its own sweetness. It bubbled and fizzed and could very well change the world."

After supper, from huge earthen mugs, they would drink steaming hot cider or tea or chocolate, and Clem's dad would sift through one of the many old and good stories he knew.

Her dad's stories were far too fantastic and sensible to have taken place in the world we take for granted. He told the old stories like Peter Pan and Wendy. He told stories that he made up as he went along like The Epic of Gilbert and His Ambulatory Tub. He told stories that were combinations of the two, mongrel tales like The Tragi-Comic Blinding of Three Mice.

The steam from her hot chocolate rising to tickle the cuddle of her chin, Clem sat listening to her dad:

"...and as soon as Wendy had spoken, Tinkerbell dropped dead. Dead as a gossamer-winged doorknob.

"'You've killed her, you brute!' said Peter. His shadow covered its eyes in horror.

"'Why, you disbelieved her to death.' Peter explained, 'Fairies are strong, but such delicate things. Not too much more than intentions with wings.'"

Clemency listened, and a good thing, too.

JT Petty is the author of Clemency Pogue: Fairy Killer and The Squampkin Patch: A Nasselrogt Adventure. He is also a director and screenwriter for movies and video games. His film Soft for Digging was an Official Selection of the Sundance Film Festival. He received a Game Developers Choice Award for his work on the bestselling video game Splinter Cell. JT lives in Brooklyn, New York. Visit his Web site at www.pettyofficial.com.

Will Davis has an animation background, with experience working as a storyboard artist on television shows and commercials. He also illustrated Clemency Pogue: Fairy Killer. Will lives in Pensacola, Florida.

By JT Petty
Illustrated by Will Davis
LIST PRICE $7.99
PRICE MAY VARY BY RETAILER

More books from this illustrator: Will Davis