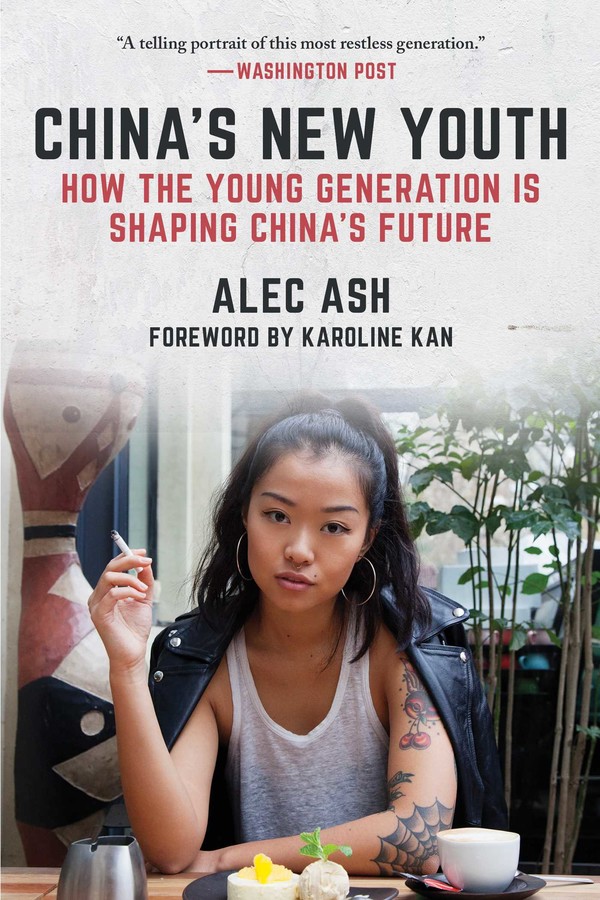 How the Young Generation Is Shaping China's Future

“Paints a telling portrait of this most restless generation raised in a system that has provided them with unprecedented personal opportunities while denying them political ones. . . . A gifted observer.”—Washington Post
"Informative and often humorous . . . Presents a refreshing range of perspectives about being twenty-something in China."—Forbes
“Masterfully crafted.”—Los Angeles Review of Books
“A perceptive and quietly profound book.”—Booklist, starred review
"Compelling and beautifully written."—Prospect

China’s new youth are the generation that will change China. Offspring of the one-child policy, with no memory of Tiananmen, they are destined to transform both their nation and the world. Understanding their motivations, dreams, and attitudes is possibly the most important gauge of China’s future direction as it plays an increasingly important role in shaping this century.

China’s New Youth follows the lives of six young Chinese as they navigate their aspirations, discontents, politics, and love lives. Their stories include a netizen nationalist, a country migrant, the daughter of a Party member, a rising pop star, and a feminist entrepreneur. With intimate access to this diverse generation, Alec Ash—a young writer based in China since 2012—gives a vivid, immersive, fascinating account of young China as it comes of age.

China's New Youth was originally published in hardcover until the title Wish Lanterns: Young Lives in New China. The new paperback edition has been updated with a new preface and afterword by the author and a new foreword by Karoline Kan.

"Ash effortlessly dissolves stereotypes with this refreshing and nuanced portrait of individuals who are shaping the China of tomorrow." —Rob Schmitz, Shanghai correspondent for NPR

“Ash’s book paints a telling portrait of this most restless generation raised in a system that has provided them with unprecedented personal opportunities while denying them political ones . . . A gifted observer.”—Washington Post

"Informative and often humorous . . . Through six individuals, Ash addresses topic such as recent Chinese politics, music, urbanization, internet addiction, and more . . .  [and] presents a refreshing range of perspectives about being twenty-something in China." —Marianna Cerini, Forbes

“Masterfully crafted . . . The richness of Ash’s book is in the character development, the details of everyday life, dreams, frustrations, and contradictions of these particular individuals. Ash enters their worlds as a peer (he is their same age) and he’s a sensitive listener, reporter, and storyteller. Through this particular constellation of players, we sense that the fact that China is gaining strength in the world complicates their instincts for rebellion and resistance.” —Los Angeles Review of Books

"Alec Ash's book has opened a window in the wall between China and the west for us to see the hopes and fears of these young Chinese who are struggling to build their lives in a world that their parents could never dream of." —Xinran, author of The Good Women of China

"Aannounces the arrival of a talented young observer of today’s China. Alec Ash documents the lives of Chinese millennials with detail, insight, and sympathy, and his book is an invaluable resource for anybody hoping to understand the country’s future possibilities.”—Peter Hessler, New York Times–bestselling author of Oracle Bones and Country Driving

"A gem of a book. Its brief chapters flow like a skillfully crafted set of interconnected short stories, yet all are rooted in the real life experiences of six individuals. An impressive debut book by a writer to watch.” —Jeffrey Wasserstrom, author of China in the 21st Century

"Alec Ash hangs out with China's ‘post-80s’ generations to give us a series of fascinating and insightful snapshots of where the country might be heading." —Paul French, author of Midnight in Peking

"A beautiful and thoughtful book about the life of young people in China. Alec Ash has succeeded in giving us an intimate and complex portrait of the one child policy generation. I enthusiastically recommend you to read it." —Xiaolu Guo, author of I Am China

“One of the best [books] I’ve read about the individuals who make up a country that is all too often regarded as a monolith.” —Jonathan Fenby, Financial Times

"Alec Ash has assembled a fascinating mosaic that gives us a wonderfully vivid sense of what it's like to grow up today in the People's Republic of China. Wish Lanterns enables a reader to get an immediate feel of how contradictory life in this dynamic but still unresolved country often is.” —Orville Schell, Director, Center on US-China Relations

"A wonderfully readable and engaging account of Chinese millennials. Alec Ash weaves the joy, heartbreak, drama and trauma of this group through disparate stories, making up a highly realistic, and at times poetic, portrait of the people who will likely have the greatest future impact in the world today.” —Kerry Brown, Professor of China Studies, King's College London

"Here is a completely novel take on contemporary China. Alec Ash embarks on a different sort of Chinese journey, following six millennials from the nation's far-flung corners as they make their way to university, on stage, deep underground, and even abroad. The result is a work of heart-felt reportage, and also great suspense, as we wait to learn each character's fate. I couldn't put it down." —Michael Meyer, author of The Last Days of Old Beijing: Life in the Vanishing Backstreets of a City Transformed

How the Young Generation Is Shaping China's Future