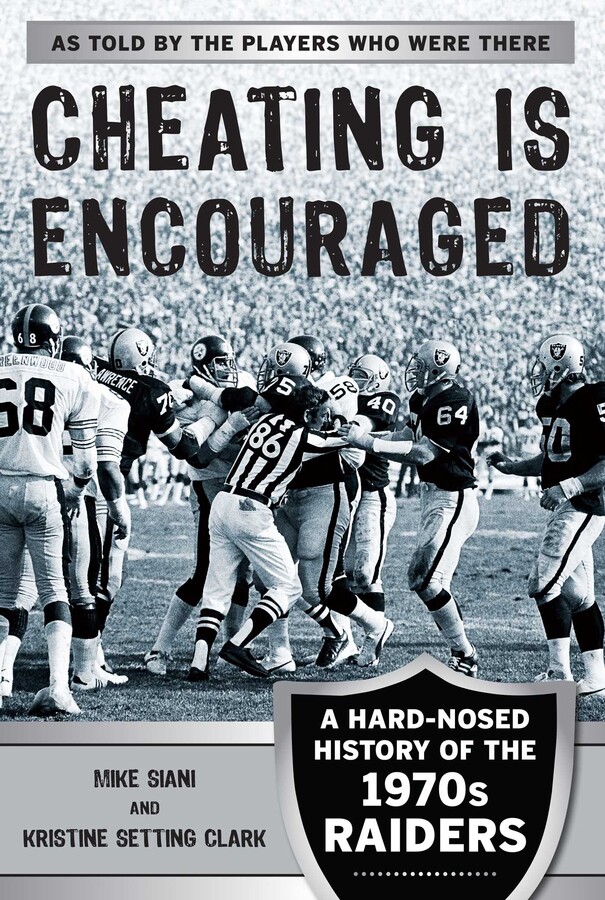 Straight from the mouths of the legends of the Silver and Black, Cheating Is Encouraged offers the stories of the most infamous football team in NFL history, the Oakland Raiders of the 1970’s

Regardless of whether you loved or hated them, the Oakland Raiders of the 1970s were an amusing cast of outlaws, misfits, and anomalies that made up one of the greatest pro football teams of their era.

The Raiders’ roster consisted of a collection of mavericks and rebels, some with behavioral issues, such as John “Tooz” Matuszak and Lyle Alzado, as well as castoffs like the aging George Blanda and the sandlot player Otis Sistrunk, who were passed over or disregarded by other NFL teams. To say that this group of outlaws had “attitude” would be a gross understatement. They were the Oakland Raiders, the Silver and Black, and Al Davis’s dream of “Just win, baby.”

Gridiron characters (such as the Snake, Foo, the Assassin, the Hit Man, Dr. Death, and many others) chronicle the notorious on- and off-the-field exploits, away-game adventures, and the party-hard attitudes that are reflected in the team’s intimidating and glorified mix of renegades. Cheating Is Encouraged defines an era that can only be considered the last days of “real football played by real men.”

Skyhorse Publishing, as well as our Sports Publishing imprint, are proud to publish a broad range of books for readers interested in sports—books about baseball, pro football, college football, pro and college basketball, hockey, or soccer, we have a book about your sport or your team.